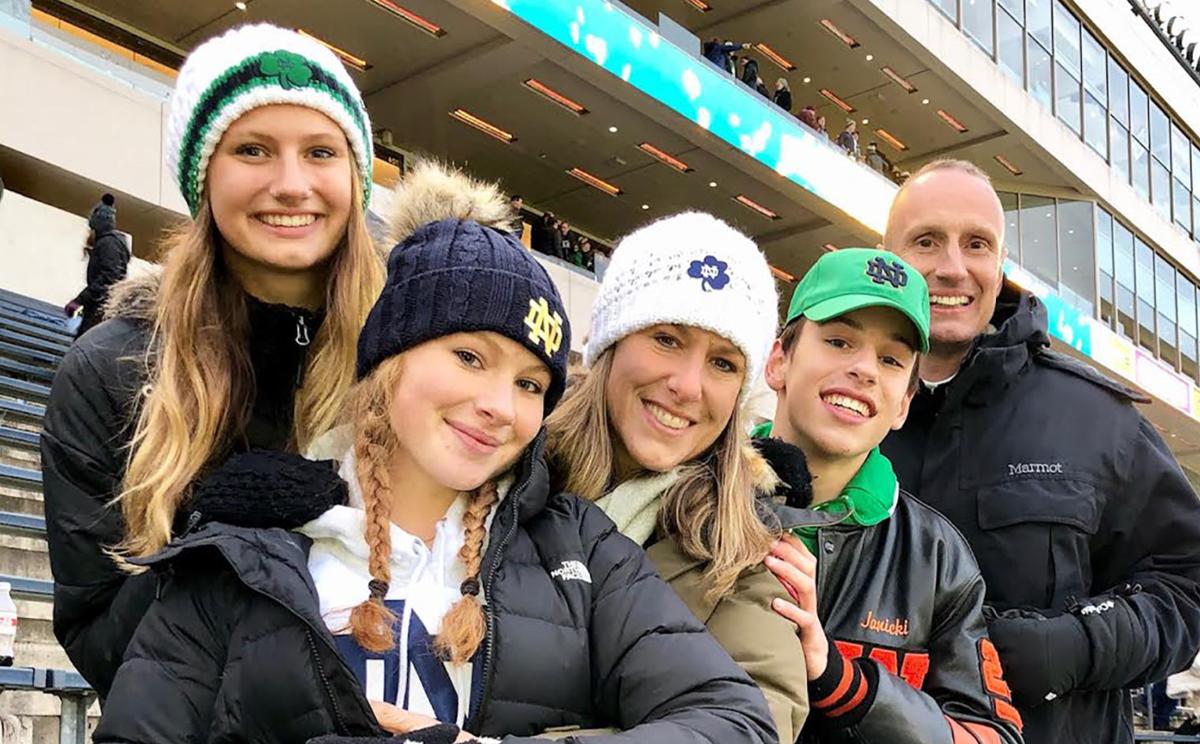 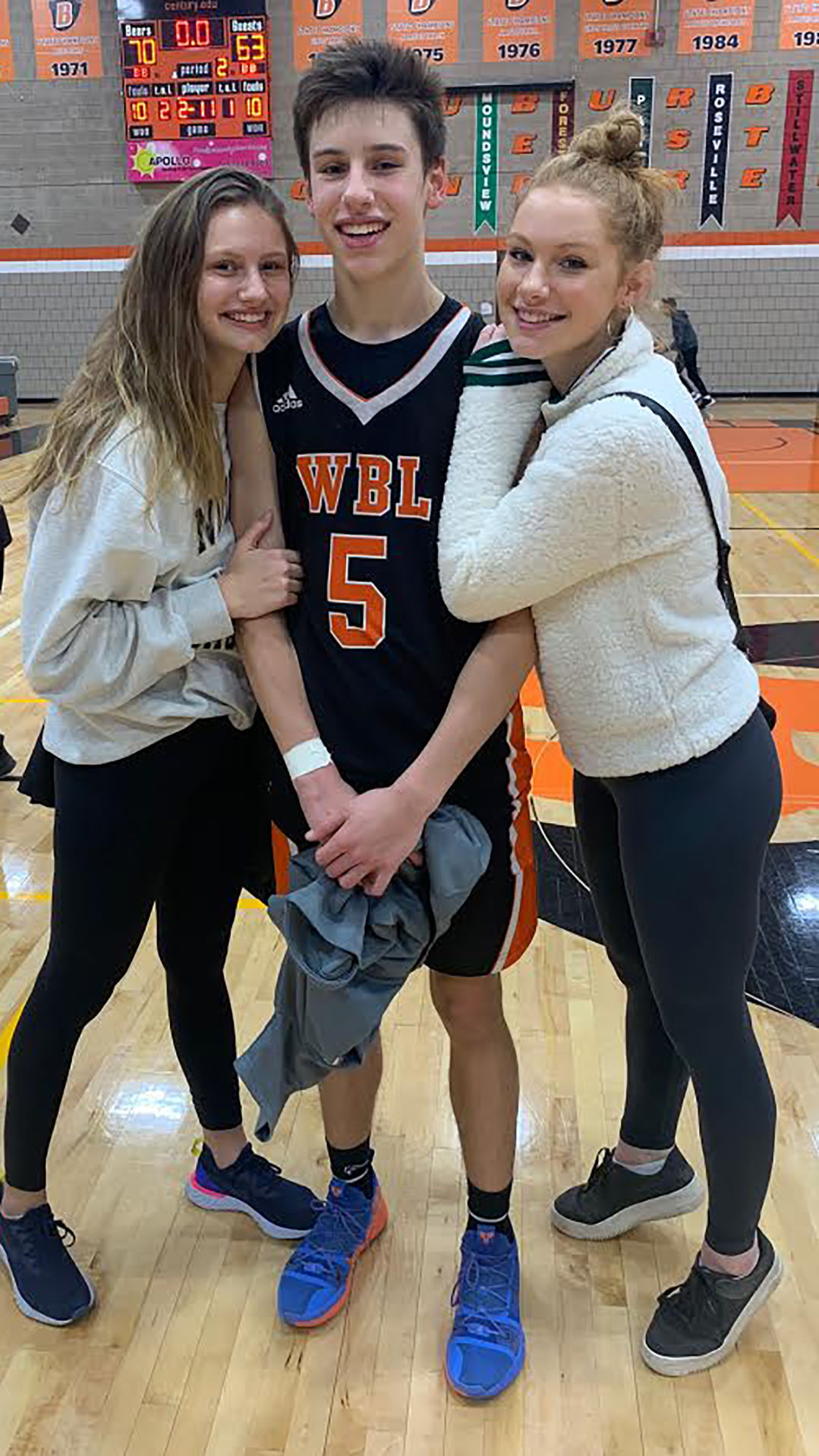 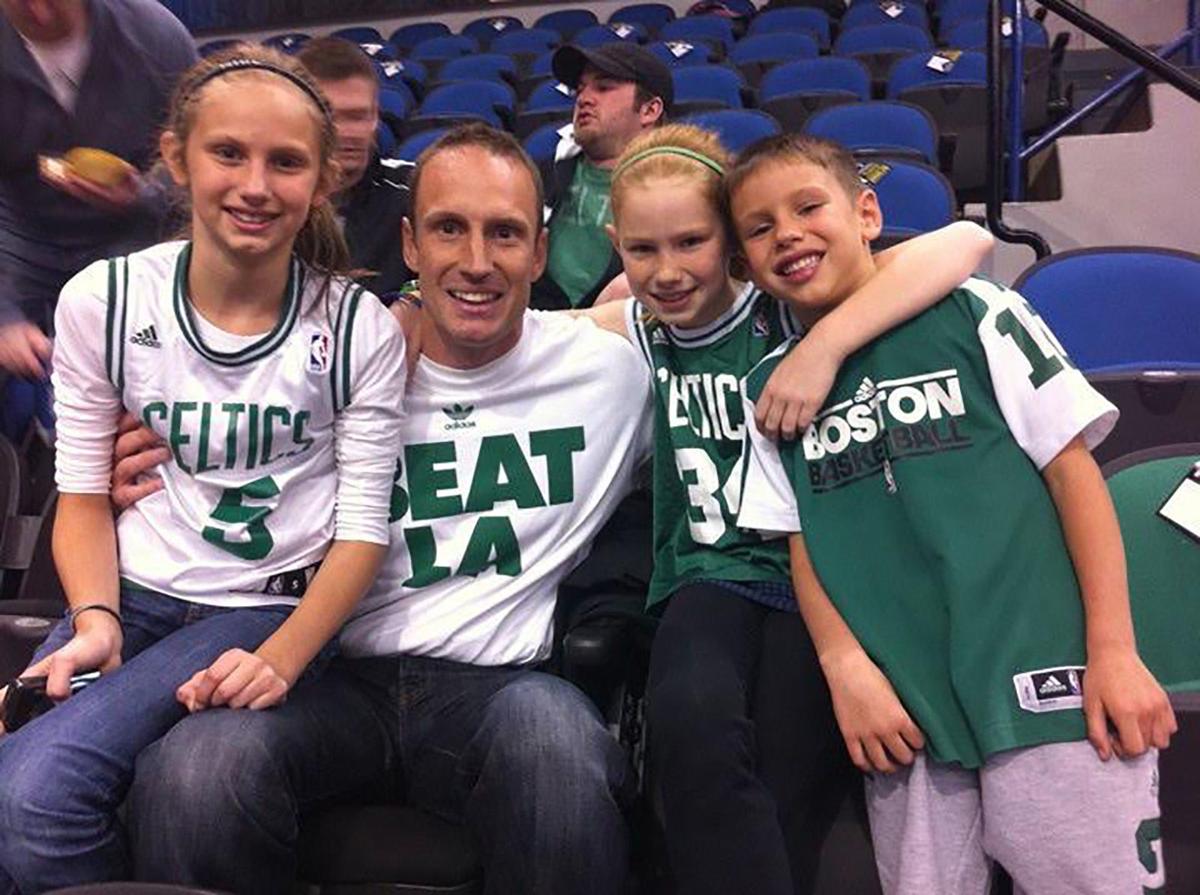 It dawned on Ella and Jack Janicki pretty early that the lady who drove them to their games was probably not your typical basketball mom.

The Miss Basketball trophy, and high school All-America plaque, both “gathering dust in the house,” as mom Stacy puts it, were clues. Another was the time Jack, at age five, attended a Notre Dame women’s basketball practice with Stacy and met legendary coach Muffet McGraw. Also, there were old Notre Dame sweat shirts and practice jerseys laying around, which the kids eventually appropriated for their own wardrobes.

“They know about my basketball background, and for the most part they think it’s pretty cool, unless I try to give too much advice after a game,” quipped Stacy.

Ella, senior point guard. led the Bears (14-14) with 12.7 points per game this year. She had 20 in her final game Saturday, a loss to East Ridge in the section, and finished with 876 career points. Jack burst unto the scene as a freshman guard, leading the Bears with 14.5 points per game as they head into playoffs with a 13-12 record. Oldest daughter Sophie, now attending University of Iowa, was captain of the Bears’ last state tournament team in 2017. She shared that experience with her little sister as Ella got playing time as a freshman.

Their mother was Stacy Fields of Mounds View when she got the Miss Basketball award in 1992 after leading the Mustangs to the state tournament as a left-handed 5-11 point guard who attacked the basket, scored 24 points per game, garnered batches of rebounds and deflections, and relished the floor general role. Her high school coach was her father, Doug. She scored 1,513 points for him.

All of which led to a scholarship to Notre Dame, one of the most prestigious universities for athletes in the country. Her career in South Bend “had ups and downs,” she relates. As a freshman, she made the conference’s All-Newcomer team. Then she suffered a foot injury and took a medical redshirt her sophomore year. As a junior and senior, she “started some games and sat some others.” One highlight was a 28-point game against Purdue. She got to play for a ranked team in NCAA tournaments, and experienced prime women’s basketball venues such as UConn and Tennessee.

One of the “ups” was meeting Kevin Janicki, an all-state soccer and basketball player from Connecticut who turned down D-II and D-III offers to attend Notre Dame. “Our first date in college, we played hoops, and I lost, badly,” Stacy reports. Stacy is a senior partner at an advertising agency, and Kevin is an investment banker, both working in Minneapolis while living in White Bear Lake.

“I became aware my mom was Ms. Basketball and played at Notre Dame around fifth grade,” Ella said. “When I got older, I better understood how good she was.” Added Jack: “My mom being awarded the best player in the entire state shows how hard she worked.” He started to realize that, he said, in grade school playing on AAU teams.

Asked if she sees herself in her kids, Stacy noted that both Ella and Jack are much better outside shooters than she was. Ella, four inches shorter, plays a different game. “What she might lack in size and speed, she makes up for with her basketball IQ, strength and explosiveness.” She said Jack’s physique and style is more similar to hers. His shooting ability, she said, is his own “but I like to think some of his court vision got passed down.”

Basketball peppers the family conversations, not surprisingly. The family text group is called “The Janicki Starting Five.” With a son and daughter playing, usually the same night, Kevin and Stacy split up so each kid has a parent cheering, and text updates throughout. Exceptions were both attending Jack’s first varsity game and Ella’s Senior Night.

The kids share their parents’ love of Notre Dame. The family journeys to South Bend, Indiana, every year for a football game. “There is no bigger fan of Notre Dame than me in this entire world. It is an obsession,” declares Jack. “Every fall Saturday revolves around Notre Dame football. My biggest dream is to go to school there.”

They are also fans of the Boston Celtics by osmosis, their dad being a New Englander and lifelong devotee. “The Celtics are my favorite NBA team, mainly because it is the only team on our TV,” Ella said. They watch on NBA League Pass.

Ella, also an all-conference soccer goalie, is done with scholastics sports. She’ll attend University of Wisconsin. The Janicki’s will all be watching Jack for years.

All three kids shot hoops together at the park across the street and at Lifetime Fitness. “They stopped scrimmaging in about sixth grade,” Stacy said, “when Jack got taller and the girls couldn’t pick on him anymore.”

“My whole family beat up on me in one-and-one, and I cried every single time, but without them pushing me when I was young, I definitely would not be the player I am today.

“I think it is safe to say now that I would beat all of them if they wanted to play me.”