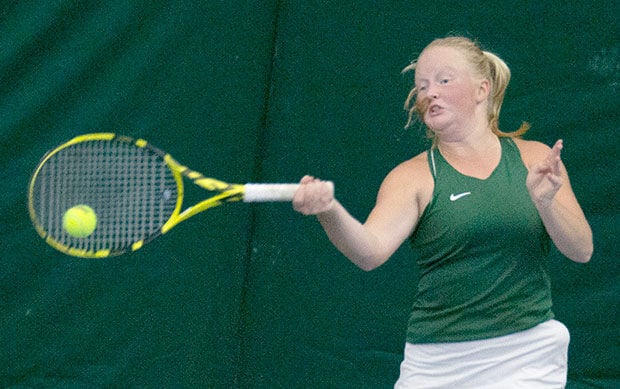 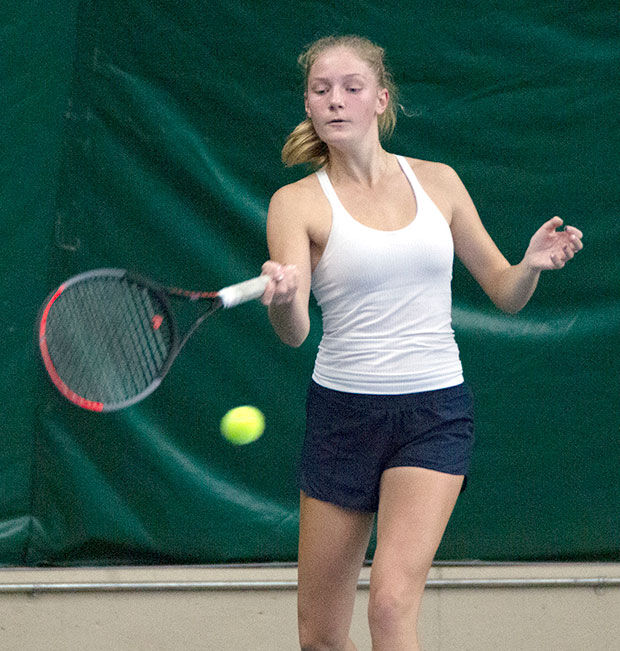 Mary Meger, Mahtomedi, had lost only once all season at No. 2 singles but came up short against Mounds View. 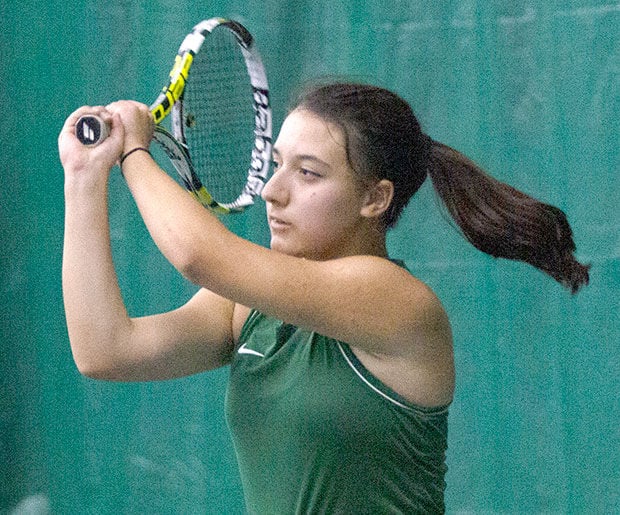 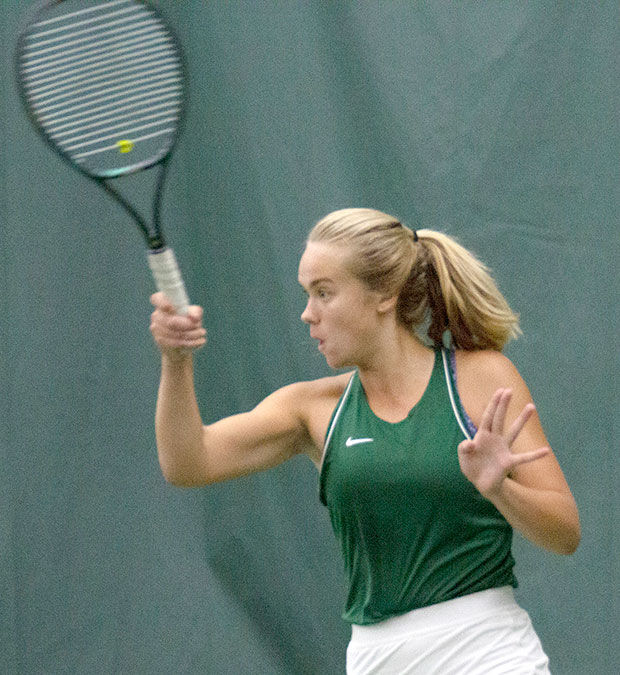 Mary Meger, Mahtomedi, had lost only once all season at No. 2 singles but came up short against Mounds View.

It was the third straight season the Mustangs have beaten the Zephyrs in the finals. The last two years, the score was 4-3.

“The team played so well today. I am extremely proud of the girls,” coach Scott Sundstrom said. “They played to win today and played as a cohesive team, rooting each other on, and being incredibly upbeat. They trusted that their best shots would win them the match, and they did.”

The Zephyrs were a combined 37-3 at the top two spots coming into this match, but Mounds View senior Molly Austin topped Mahtomedi’s Annika Munson 6-4, 6-4 at No. 1 singles, reversing a loss to the Zephyr sophomore in the Aug. 30 match, and Katerina Smiricinschi, who missed the earlier match, beat Mari Meger 6-0, 6-2 at No. 2.

Section singles and doubles will be held Thursday at Stillwater Area High School and Oak-Land Middle School and Tuesday at White Bear Lake Lifetime Fitness. Mounds View’s Austin and Smiricinschi will team up in doubles and they are seeded No. 1. Diao and Crockarell, their normal No. 1 team, are seeded No. 2. The singles entrants will be Wahlstrand and Myrland.

Centennial’s entrants will be Munson (three-time state qualifier) and Meger in singles, and Cambell Albers/Nina Vander Louw and Sonya Pothoff/Kate Hoffman in doubles.