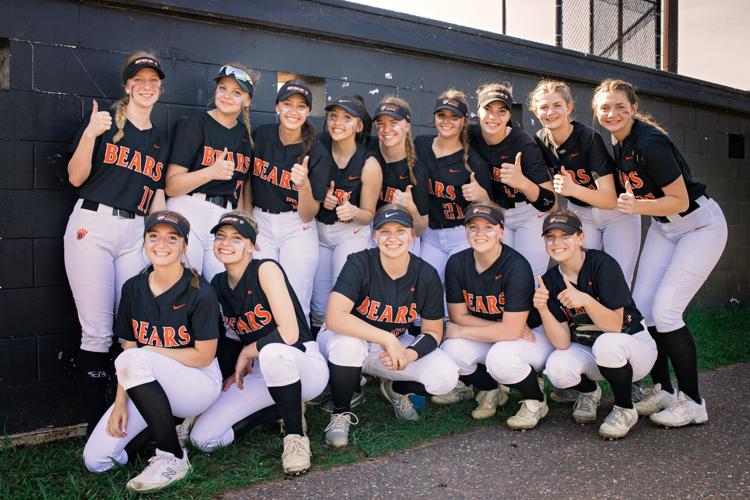 The Bears are enjoying a 13-2 season so far. 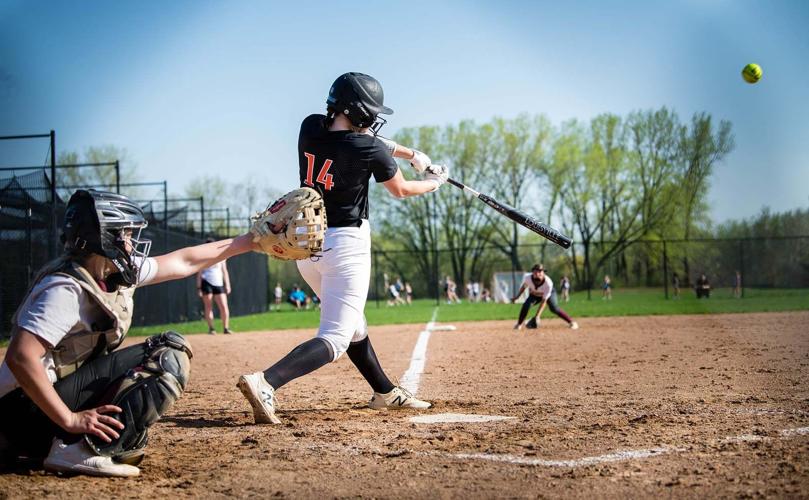 Chloe Barber connects for the first of her two home runs against Forest Lake.

The Bears are enjoying a 13-2 season so far.

Chloe Barber connects for the first of her two home runs against Forest Lake.

Chloe Barber clubbed two home runs, both hit the opposite way over the right-field fence, and came within one out of pitching a shutout. Barber had six homers in the four wins this week and 10 overall.

Barber and Jordyn Meyer homered back-to-back to start the fourth inning, off Ranger starter Avery Muellner, breaking a 0-0 tie. Meyer was hit by pitch on the knee, but after the umpire ruled she hadn’t tried to get out of the way, she blasted the next pitch over the center field fence for her sixth homer.

The Bears got to Wong with RBI singles from Bachmeier and Taylor in the fifth inning, and a two-run homer by Barber in the sixth, just inside the right-field line.

Barber, who threw 164 pitches (95 strikes) in her third complete game of the week, was nicked for six hits and five walks, but left 10 Rangers on base.

With two outs in the seventh, Bailey Thomas ripped a two-run double down the left-field line to get the Rangers on the board. Barber closed the game with her 13th strikeout.

The Bears hold second place in the Suburban East Conference. Stillwater is 13-1, the Bears 13-2 and Forest Lake 12-3. The Bears have three SEC games left.