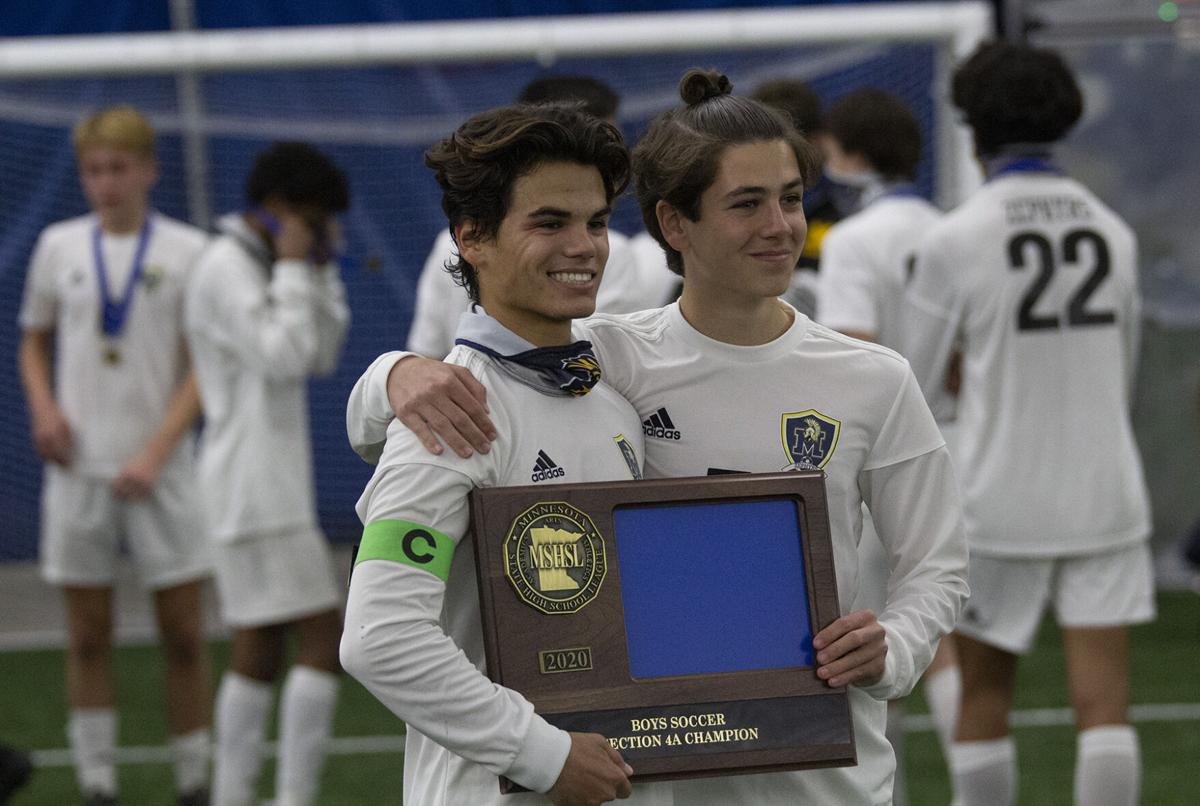 Nolan Pratumwon and Joe Palmer beamed while holding the section championship trophy, posing for parents to take a photo, after the 2-1 win over Hill-Murray. 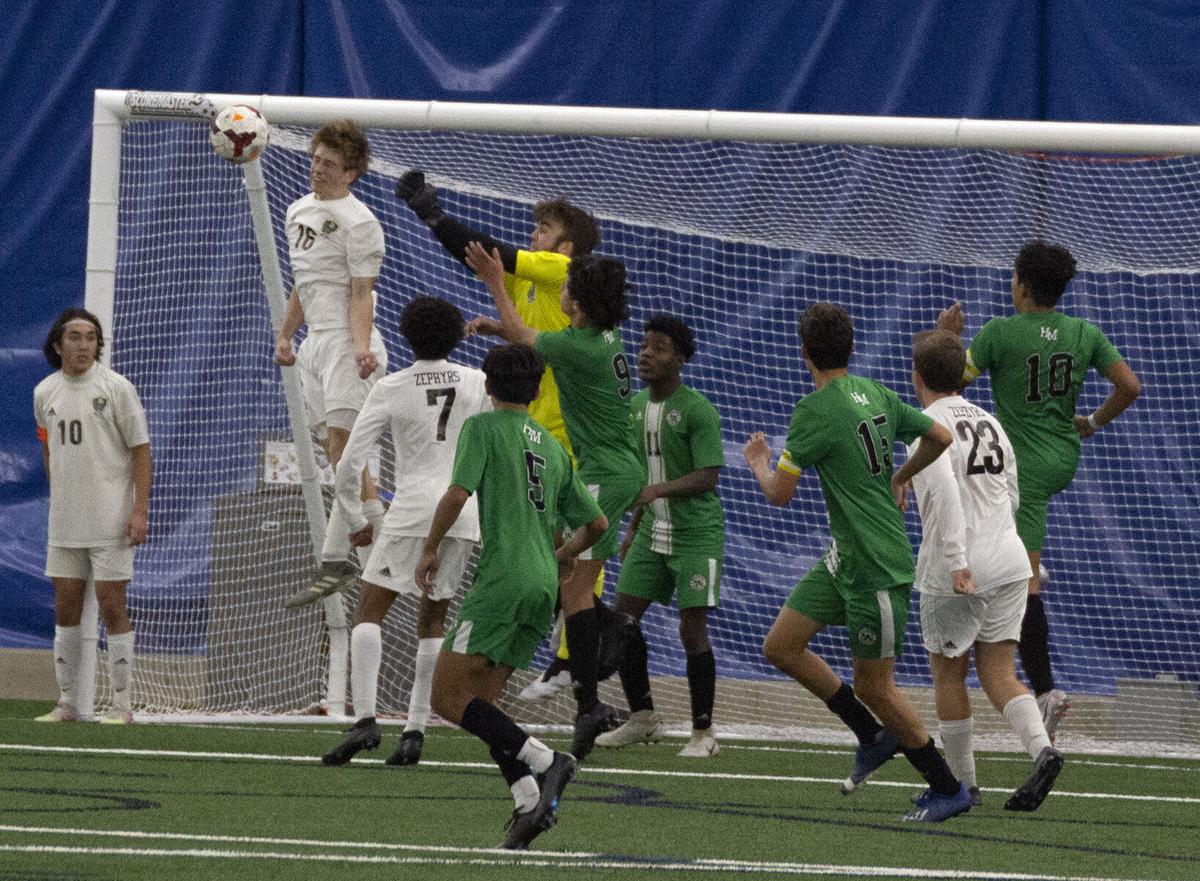 Mahtomedi's Riley Einan soars to make a "header" block on a corner kick. 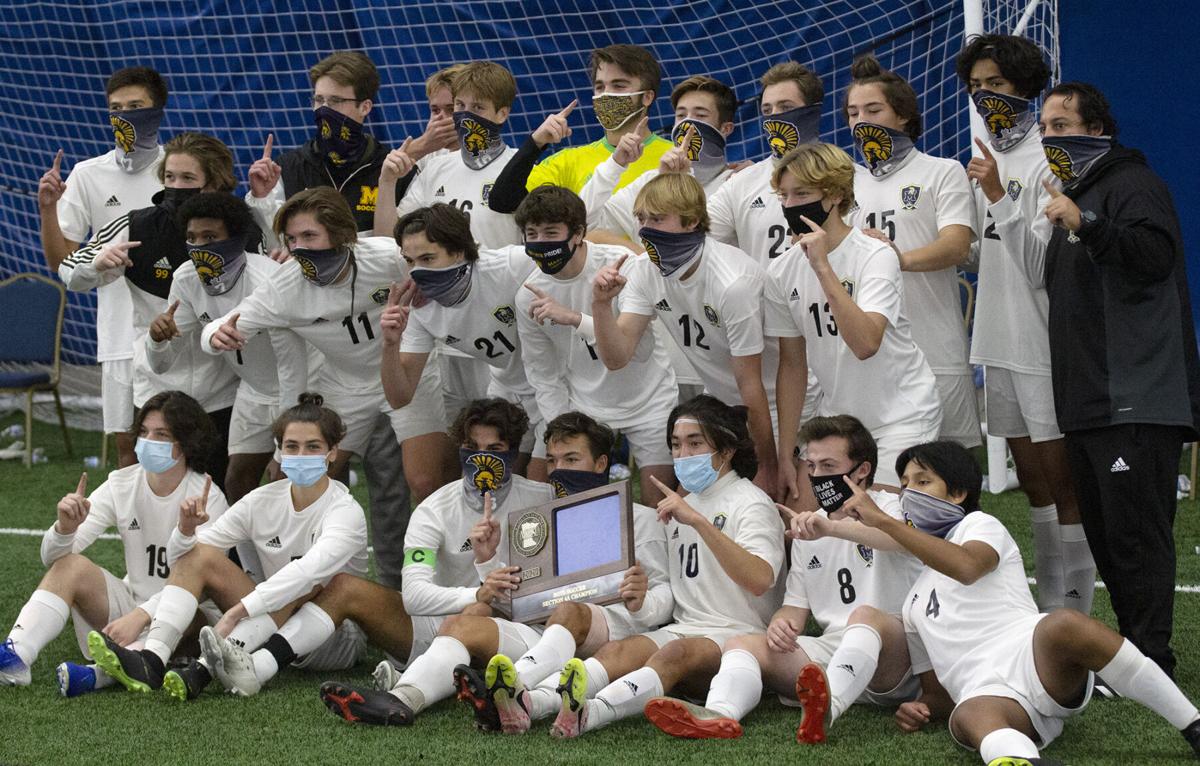 Nolan Pratumwon and Joe Palmer beamed while holding the section championship trophy, posing for parents to take a photo, after the 2-1 win over Hill-Murray.

Mahtomedi's Riley Einan soars to make a "header" block on a corner kick.

It won’t get them a trip to the state tournament but the Mahtomedi boys soccer team captured the Section 4A championship with a 2-1 win over Hill-Murray in the finals.

“You always want to end with a win,” grinned coach Dominic Isaac, putting a positive spin on the lack of a state tournament, the usual reward for winning a section title.

There is no “state” this year due to concerns about the COVID-19 pandemic which also shortened the season.

In the finals, indoors at St. Croix Rec Center in Stillwater, Anthony Banderas-Infantem scored for Hill-Murray in the 20th minute.

Mahtomedi knotted the score on Nolan Pratumwon’s penalty kick goal in the 39th minute after a tripping penalty. Kyle Schmidt assisted. A nice pass from TJ Bruner set up that scoring opportunity.

After halftime, Schmidt gave Mahtomedi a 2-1 lead in the 42nd minute, taking a nice feed from Pratumwon and getting past two defenders.

The Pioneers had their usual high-pressure defense but the Bears “did a good job getting some space” to operate, giving shooters room to work, said Isaac.

After that, the  Zephyrs packed in their defense and gave up several shots but none from close range. Anthony Palmer, Leo De La Torre, Michael Williams and Joey Heinsch were the defensive side, with Schmidt moved back to shore up the defense after his goal, and Pratumwon moved back later in the match. Goalie Jack Morrison was credited with eight saves.

It is Zephrys not bears.