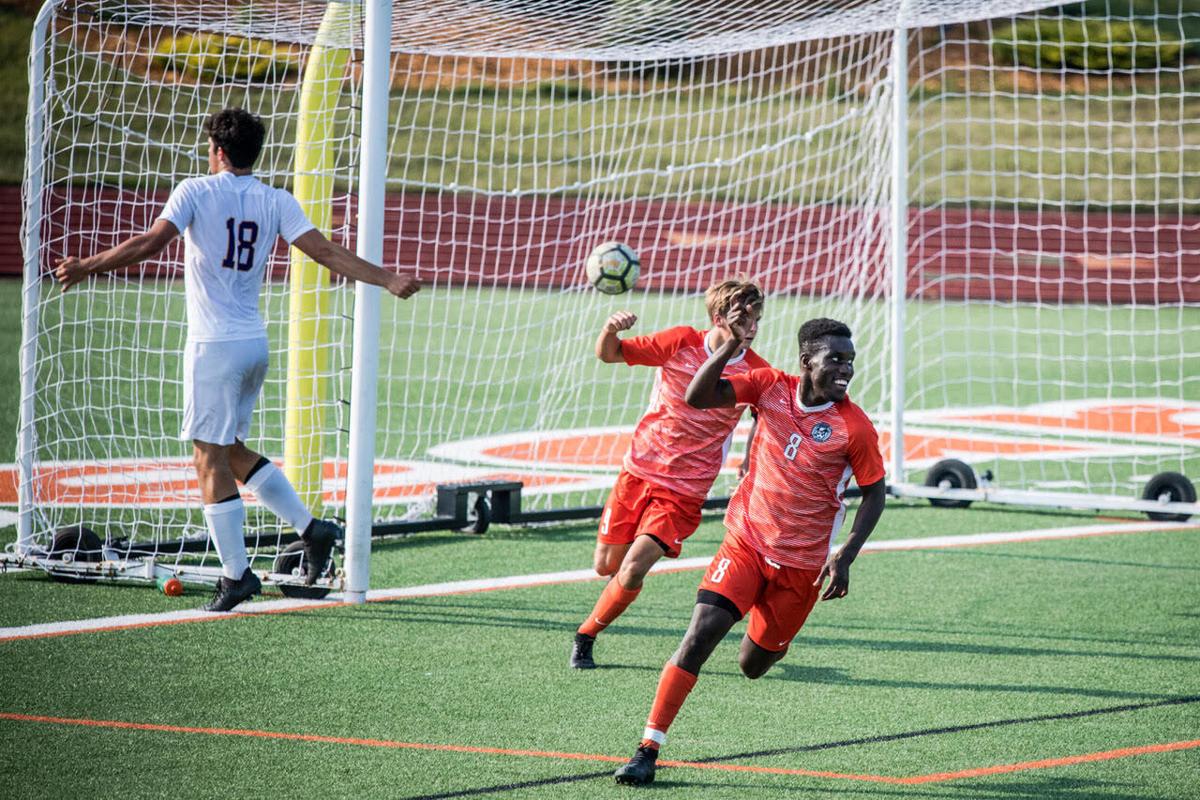 Jeff Odamtten (8) and Gavin Rogers celebrate after they collaborated on a goal to tie the score 1-1 in the first half.

Joseph Wallek (36) soars to knock away a corner kick by Cretin-Derham Hall. 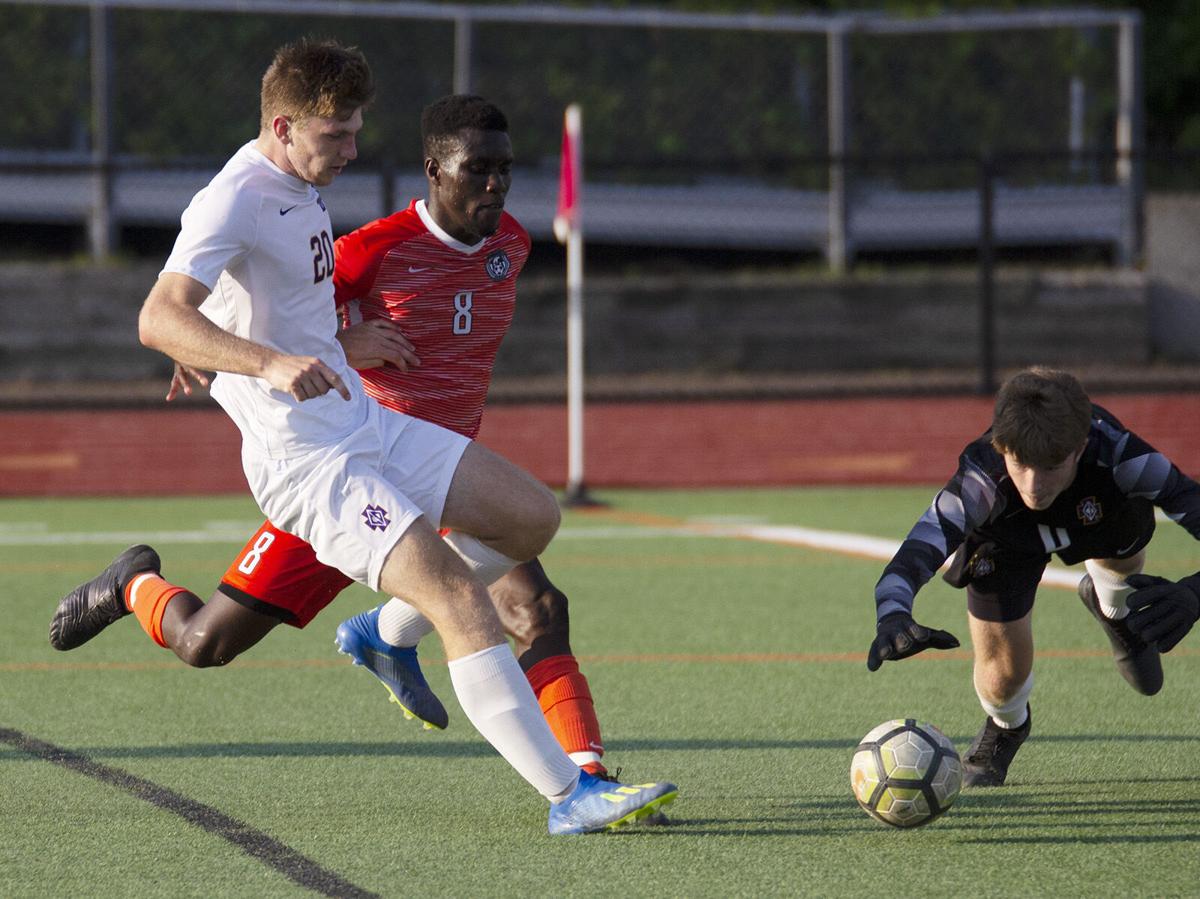 Jeff Odamtten had a breakaway opportunity in the second half but was thwarted by a Raider defender and goals Adam Tour.

Jeff Odamtten (8) and Gavin Rogers celebrate after they collaborated on a goal to tie the score 1-1 in the first half.

Joseph Wallek (36) soars to knock away a corner kick by Cretin-Derham Hall.

Jeff Odamtten had a breakaway opportunity in the second half but was thwarted by a Raider defender and goals Adam Tour.

White Bear Lake battled to a 1-1 tie with Cretin-Derham Hall on Thursday evening in the boys soccer opener as the Bear teams enjoyed their first athletic competitions since early March.

“We can be proud of our work ethic, focus, and commitment to regaining possession after losing the ball,” coach Karl Jende reflected, “and our entire defensive line played with great conviction.”

Gavin Rogers scored for the Bears and Jack Parker for the Raiders, both in the first half. Normally overtime would be played, but this fall there will be no OT’s, one of the rules during the Covid 19 pandemic.

This was one of four Bears openers Thursday, on the heels of the spring season being called off entirely.

The Bears hit the cross bar twice and missed a couple one-on-one opportunities before their pressure finally paid off and Rogers scored after he and Jeff Odamtten both got behind the defense. That came five minutes after CDH’s goal.

Bear goalie Will Hanson only had to come up with one save as the Bear defense conceded just three total shots with one on target.

“He was kept busy organizing the defense on corner kicks for a stretch in the middle of the first half and again at the start of the second half,” Jende said, “but we were well in control of the game for the majority of the 80 minutes.”

The goal he allowed came in heavy traffic and obstructed his view, Jende said.

The center back pairing of Nicky O'Brien and Eli Treichel dominated the center of the pitch, Jende said, with their hockey experience “serving them well in those positions.”