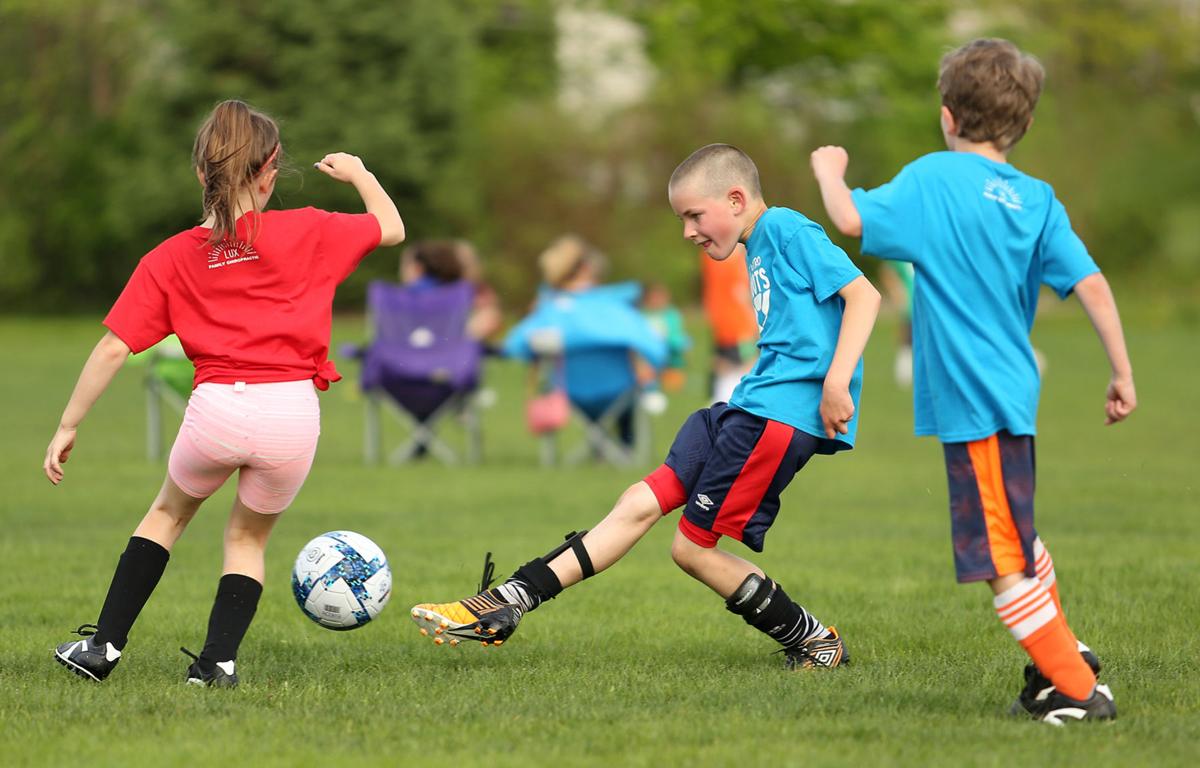 Alex Sells hams it up at Grassroots Soccer. 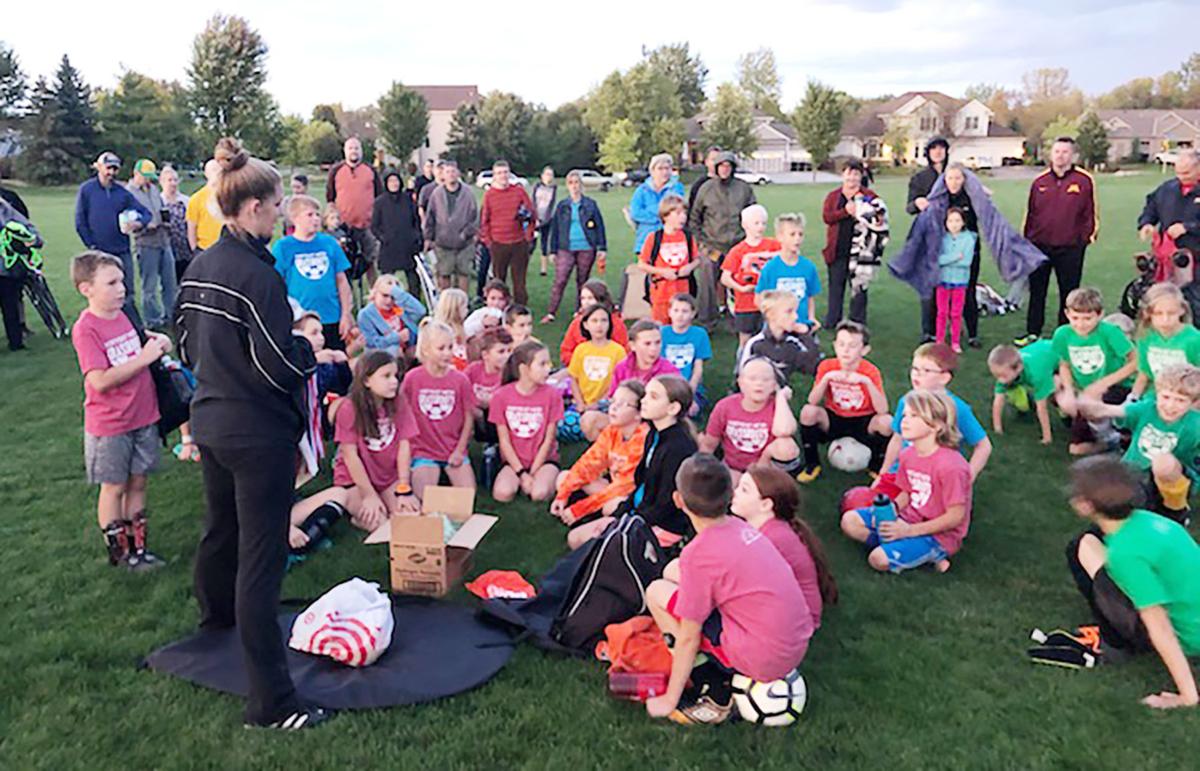 Special year-end treat -- an awards ceremony after the concluding tournament

Alex Sells hams it up at Grassroots Soccer.

Special year-end treat -- an awards ceremony after the concluding tournament

Two years ago, when recreation soccer for ages U9-U10 was cut by White Bear Recreation and the White Bear Soccer Club (WBSC), a few affected families got together to mull what to do.

Erin Burton remembers one mom lamenting to her daughter, “We're done. It happened with your sister too, and there are no options for us anymore.” And her daughter cried out, “No, mommy, no! I don’t want to quit soccer.” That was “heartbreaking,” Burton said. Other parents discussed checking with nearby communities like Lino Lakes and Stillwater.

So, the parents decided to take matters into their own hands.

Led by Burton, community parents and other volunteers formed the Northeast Metro Grassroots Soccer League (NMGS), which concluded its third season with a tournament Sept. 25.

“NMGS is a family-friendly, player-centered, affordable soccer option for their children,” explained Burton, who coaches her two kids.

The league had 25 players the first year with scrimmages on Tuesday nights. Participation more than doubled, to about 60 players, in 2019, with five teams of 10 to 12 each. This year, the kids had opportunity to play 10 games, in separate early- and late-summer sessions, plus the end-of-season tournaments at Clearwater Creek Park in Lino Lakes.

In pondering how to set up the league, Burton hearkened to the 1993 hit baseball movie “The Sandlot” about kids who met at a neighborhood park after school to play ball with no adults needed.

“We like to think of our league as a ‘sandlot’ league, where kids can meet after school to get out and play the great game of soccer.”

Almost all the players are White Bear Lake school district students, 7 to 13-years old. Teams are co-ed and consist of friends, siblings, neighbors, and classmates. The skill levels vary from kids who’ve never played soccer to those who also play in competitive leagues.

Coaches are volunteers. Equipment is donated by families and one business, Lux Family Chiropractic. Fields are set up on various public park green spaces, so there is no rental fee. Coaches referee the games, so there’s no officiating fees. The only cost is $10 for the jersey. Plus, there’s never any weekend commitments.

“The league is a perfect fit for our son — fun, non-competitive, and, since it is parent-run, the costs and time commitment are very reasonable,” said Rebecca Sells. “We are excited that Alex will be able to continue to play soccer though elementary school.”

Amber Moravec was elated that her three kids, ages 7, 10 and 11, could play on the same team. “It isn’t often that this is an option, and we as a family enjoyed every minute.”

Being that the WBSC and Parks and Rec work closely together, and cut recreational soccer for U9 and U10 players at the same time, families were left with two options — WBSC's competitive soccer league or academy program — both of which require considerable cost, time, and travel commitments. Those options are fine for many young players, but are not for everyone.

“All our kids participate in many different activities,” said Chris Voeller, father of Mason, age 9. “They love playing soccer, but committing to play for 10 months of the year was not something we wanted to pursue.”

One aspect of organized soccer that Burton was not crazy about was the training requirements to teach fundamentals, as opposed to playing actual soccer, when her kids were involved in recreational soccer through the WBSC. “It was a month before I could start coaching my team,” said Burton, who has a master's in physical education pedagogy, and has coached youth soccer since high school.

Practices in NMGS are run in a play-practice-play format with no trainers.

The first 5-10 minutes of practice are dedicated to free play where the players get to decide which activities or games to play — activities are 100% player-run. The second part of practice is coach-guided where coaches use game-based activities to teach individual skills, team play, and game knowledge. The second half of practice is devoted entirely to scrimmaging. Players are encouraged to run their own games and scrimmages as much as possible, with coaches available to help with conflicts, subbing, and timekeeping.

Suzanne Wilson said her son can just enjoy soccer without pressure to be perfect: “The coaches ensure all kids are engaged and having a good time. We can’t wait until spring.”

Burton’s son Carter, 10, said, “I like that we get to scrimmage and play games a lot in grassroots. We learn our skills while we play games, not by doing drills.”

Mason Voeller added, “I really like the year-end tournament. Games are nice, but it really becomes fun when there is a tournament and winners get medals.’”