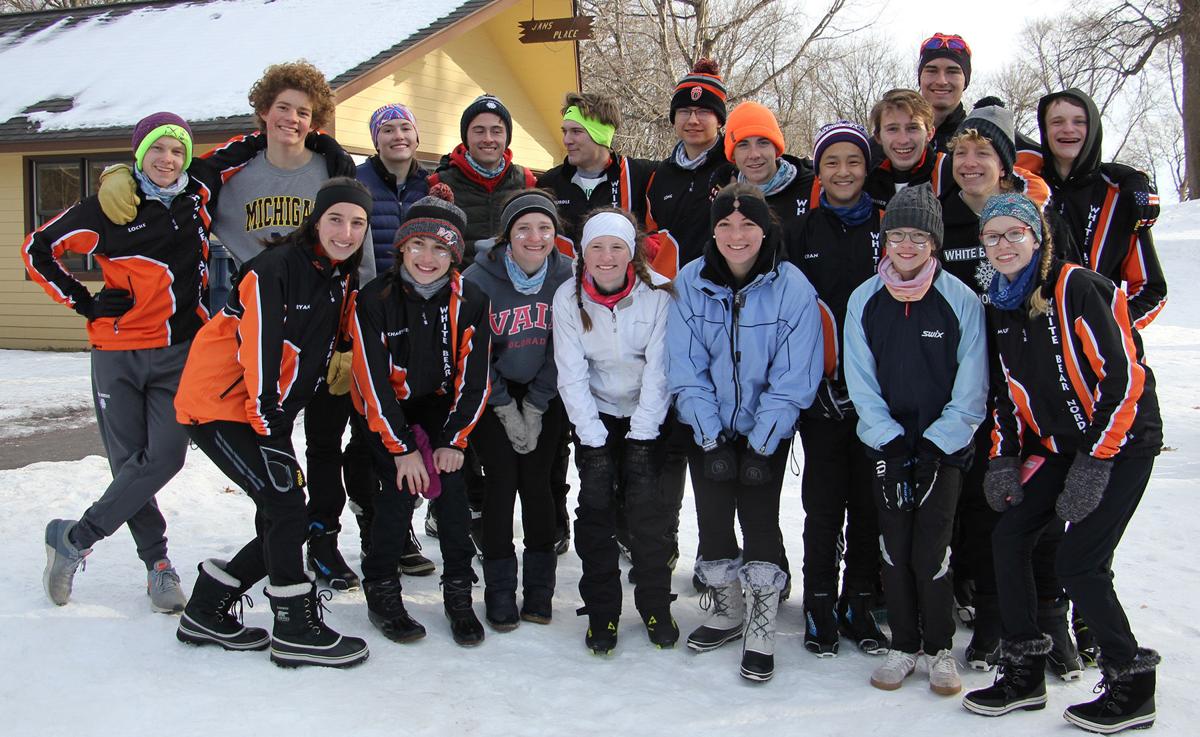 The White Bear Lake girls and boys assembled for a photograph following the section meet that closed the season except for one member advancing to state.

The White Bear Lake girls and boys assembled for a photograph following the section meet that closed the season except for one member advancing to state.

When Lauren Loppnow crossed the finish line at the Section 4 Nordic Ski meet Thursday, she collapsed in a heap and asked her coaches, “Did I make it?”

The White Bear Lake coaches were able to tell the Bear junior that she did indeed grab the last qualifying spot, finishing 17th.

The White Bear Lake boys placed sixth and the girls seventh among 11 schools competing at Hyland Park Reserve in Bloomington as the season otherwise concluded.

Loppnow will compete in the state meet next Thursday at Giants Ridge in Biwabik. Last year, she missed state qualifying by two spots.

“Lauren spent the summer training and used her cross country season as a way to build a base for her Nordic training,” coach Seth Salenger said. “She took every opportunity to race, competing in a high school schedule as well as her Junior National Qualifying races.”

After the classic race in the morning, Loppnow was one spot out of qualifying, in a group of five to six girls that would take three spots all within 30 seconds of each other.

“Lauren spent the break developing a plan and visualizing how it would turn out,” Salenger said.

After the first 1.5K, Loppnow made a move on the girls in front of her and was looking strong and determined, Salenger said. As a result, she gained two spots without losing any and was the fifth individual qualifier from the Suburban East Conference.

Forest Lake was team champion for both boys and girls. Individual champions were Stillwater’s Libby Tuttle in 27:04.2 and Mounds Park Academy’s Henry Snider in 24:18.6.