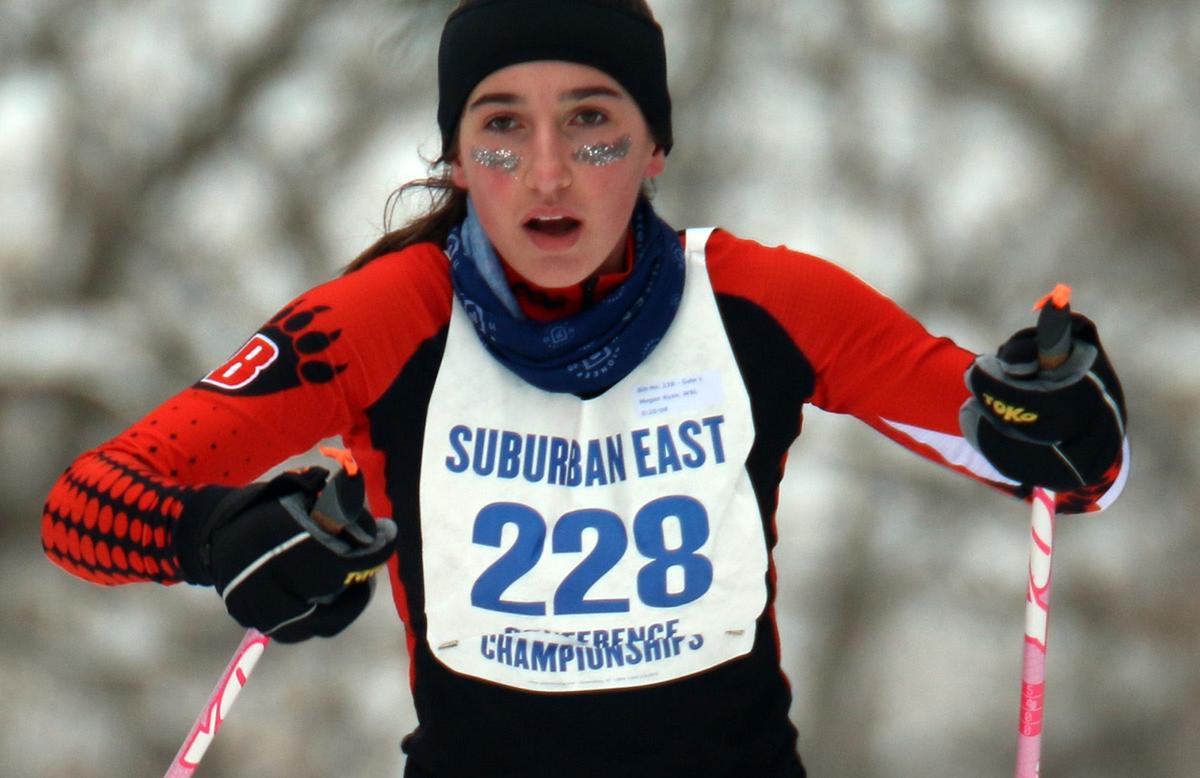 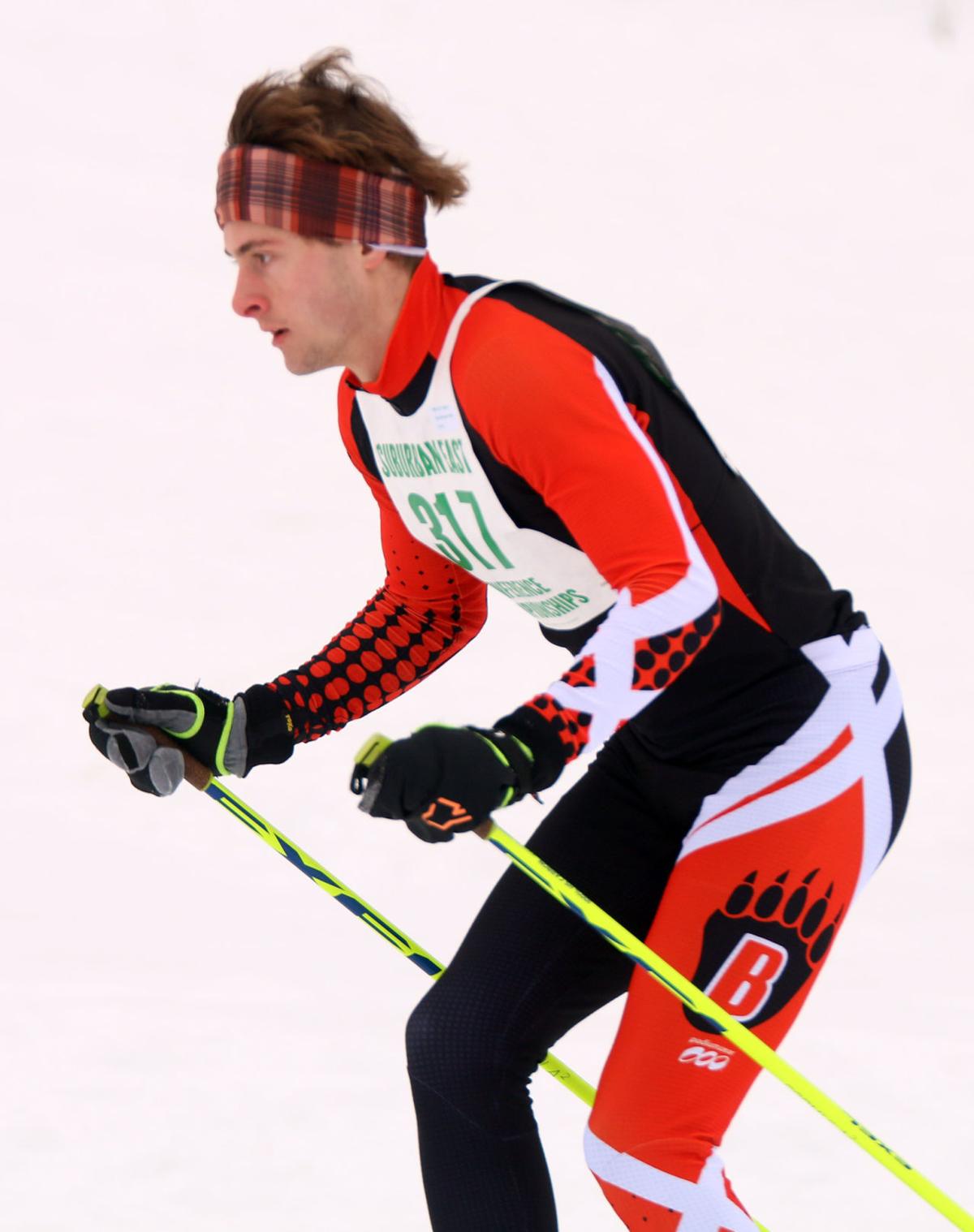 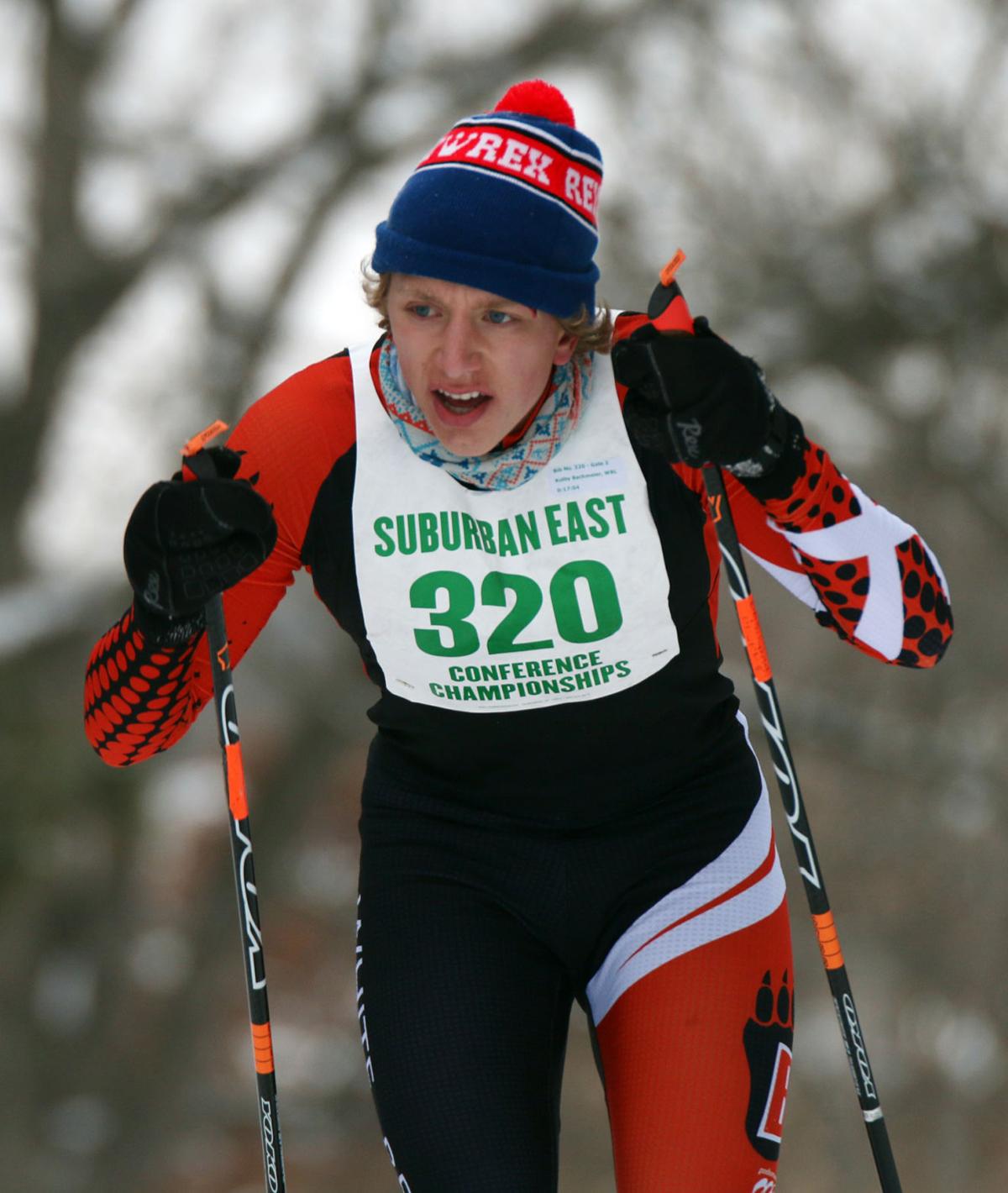 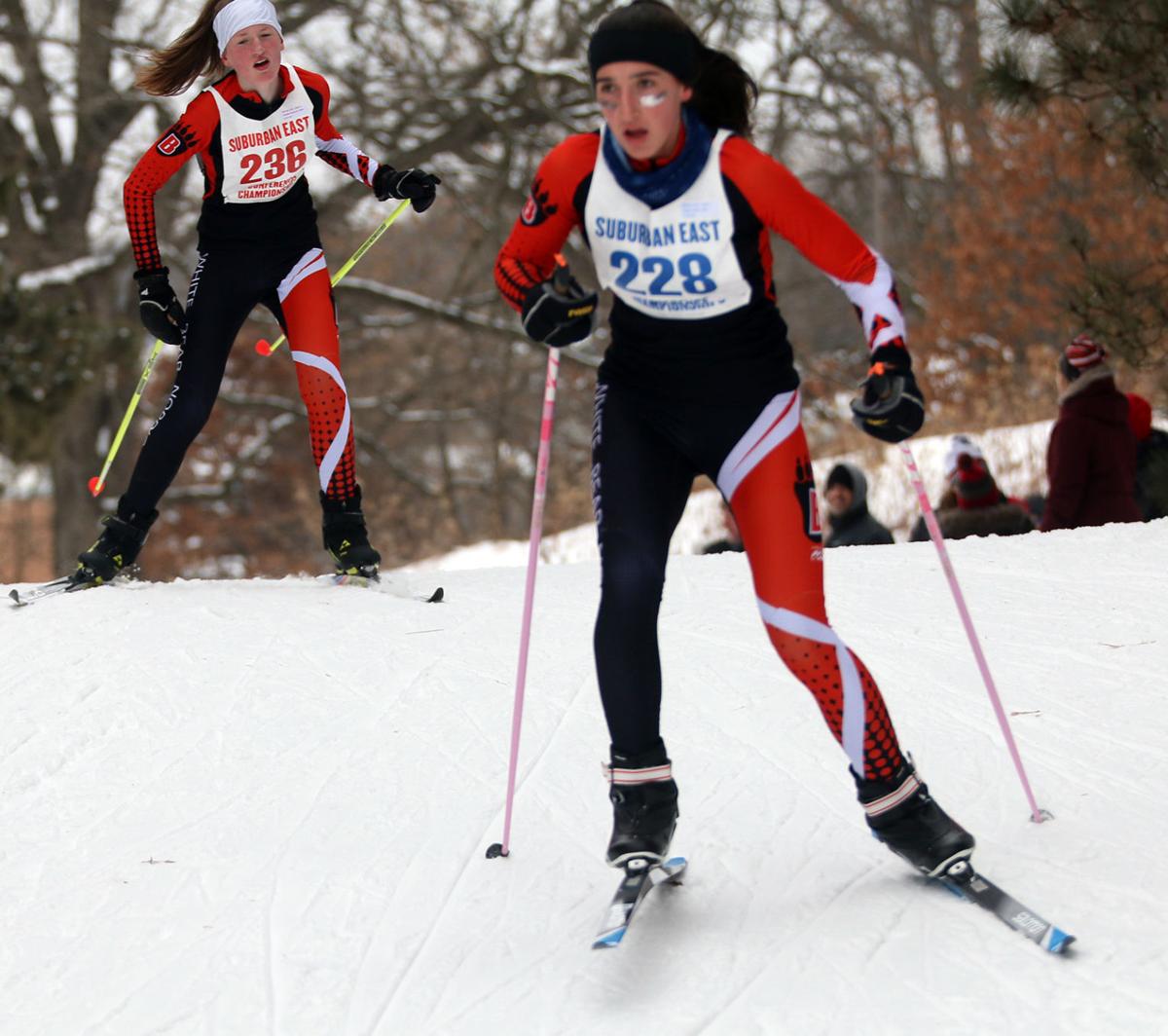 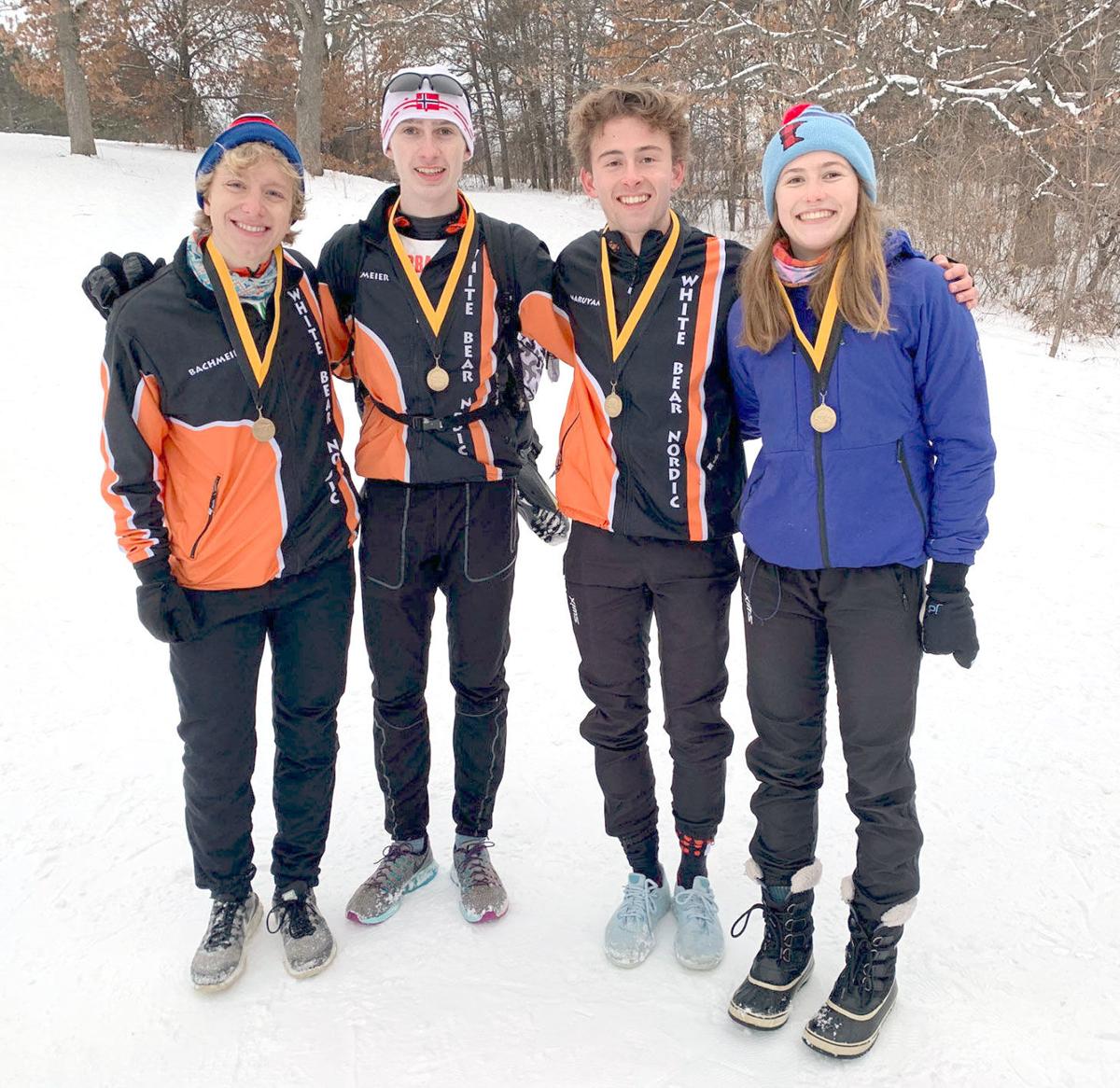 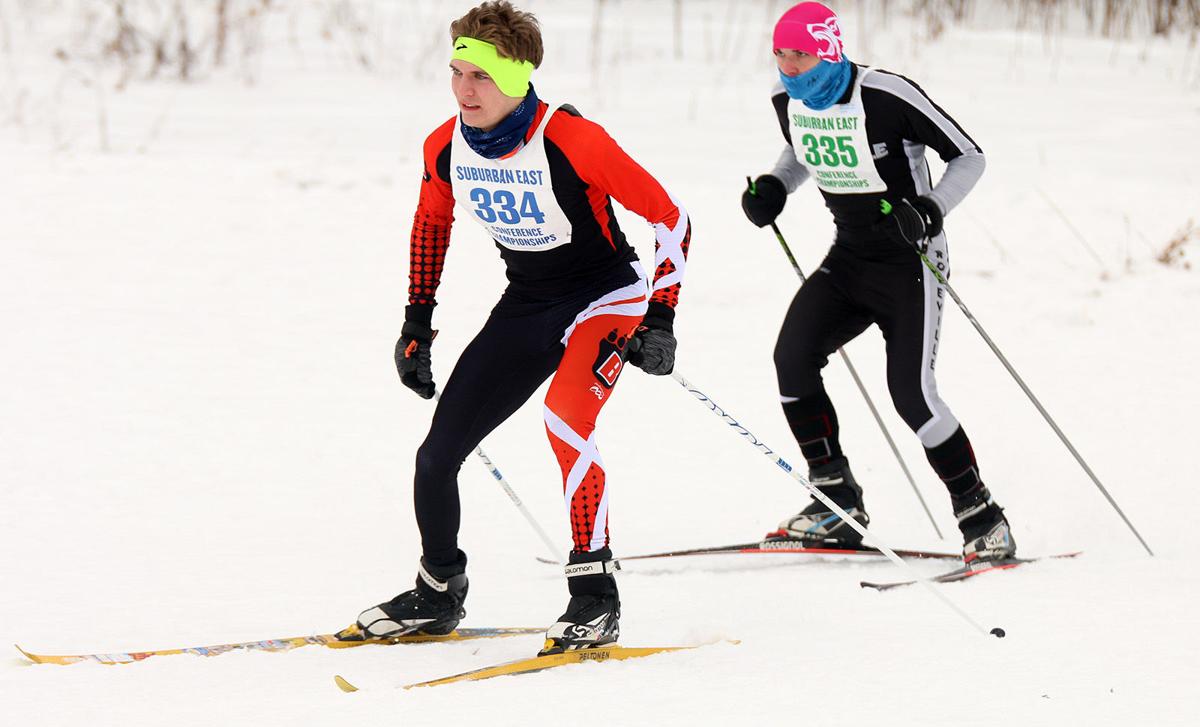 Sage Durdle (334) at the outset with a Roseville skier. 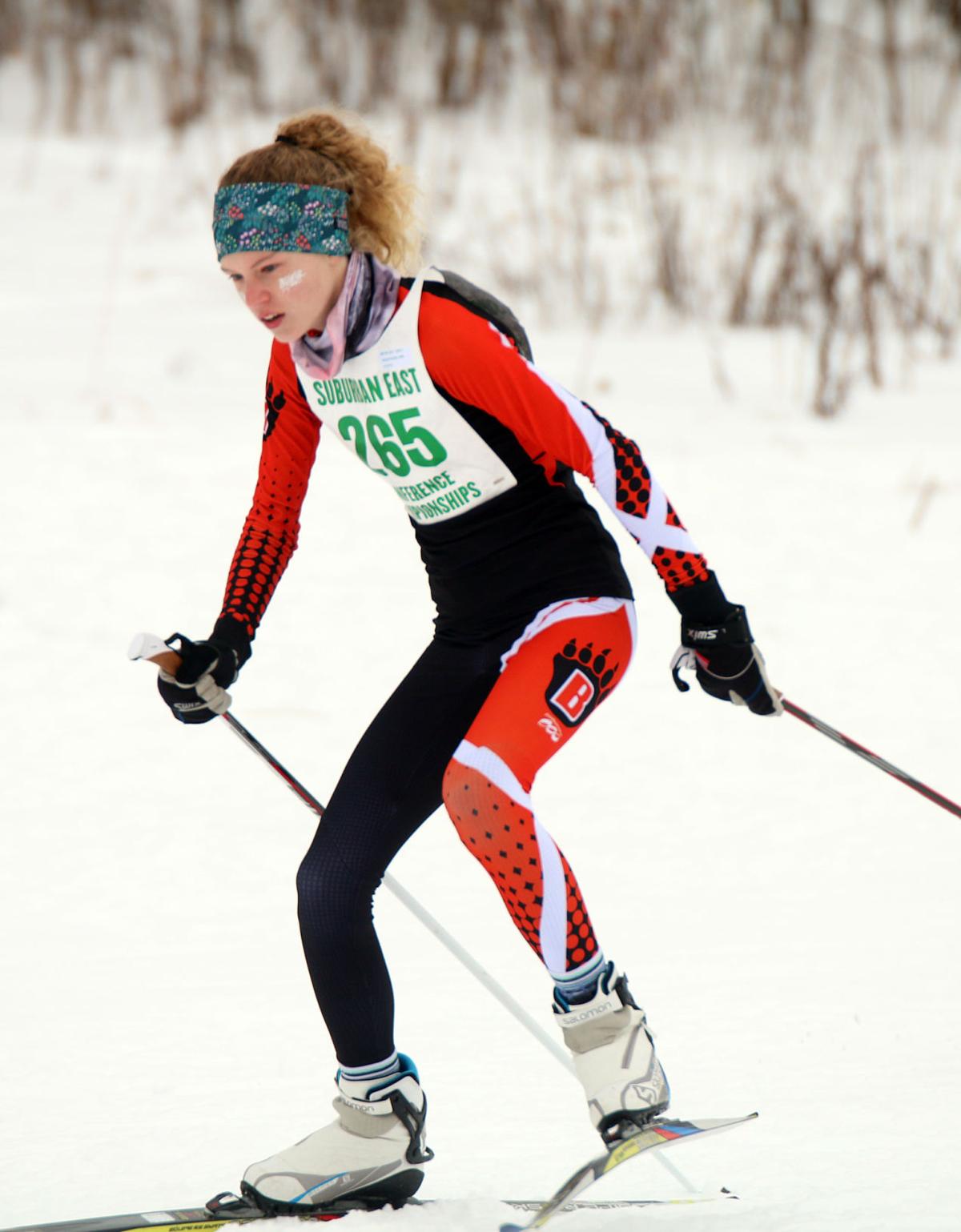 Sage Durdle (334) at the outset with a Roseville skier.

Both meets were dominated by Forest Lake and Stillwater, who finished 1-2 in each.

Four Bears made all-conference — senior Isaac Maruyama and juniors Hayden Weddell and Kolby Bachmeier for the boys, and junior Lauren Loppnow for the girls.

Both Bear teams are coached by Seth Salenger.

Libby Tuttle of Stillwater was individual champion in 30:27.