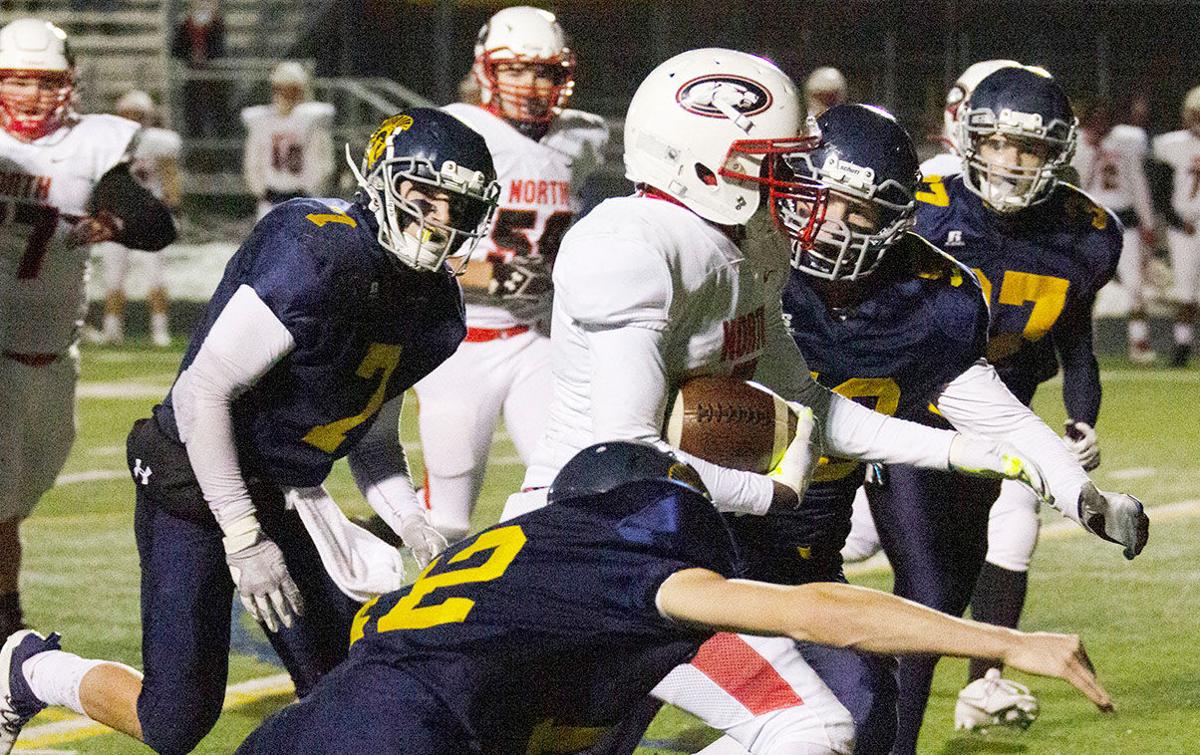 North’s Amier Day slipped through a pack of Zephyr defenders for a first-quarter touchdown. 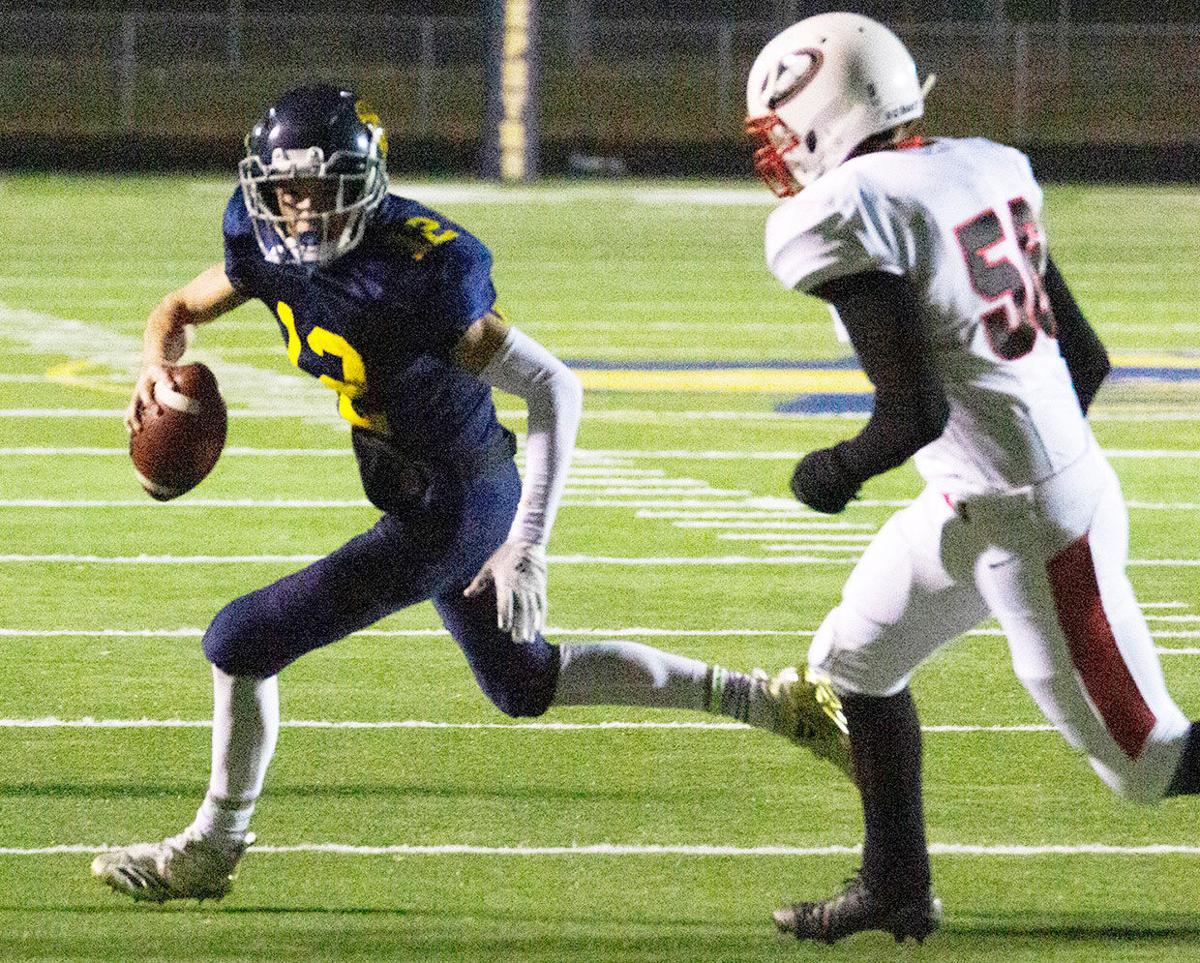 Will Underwood, Mahtomedi quarterback, was chased by a North linebacker. 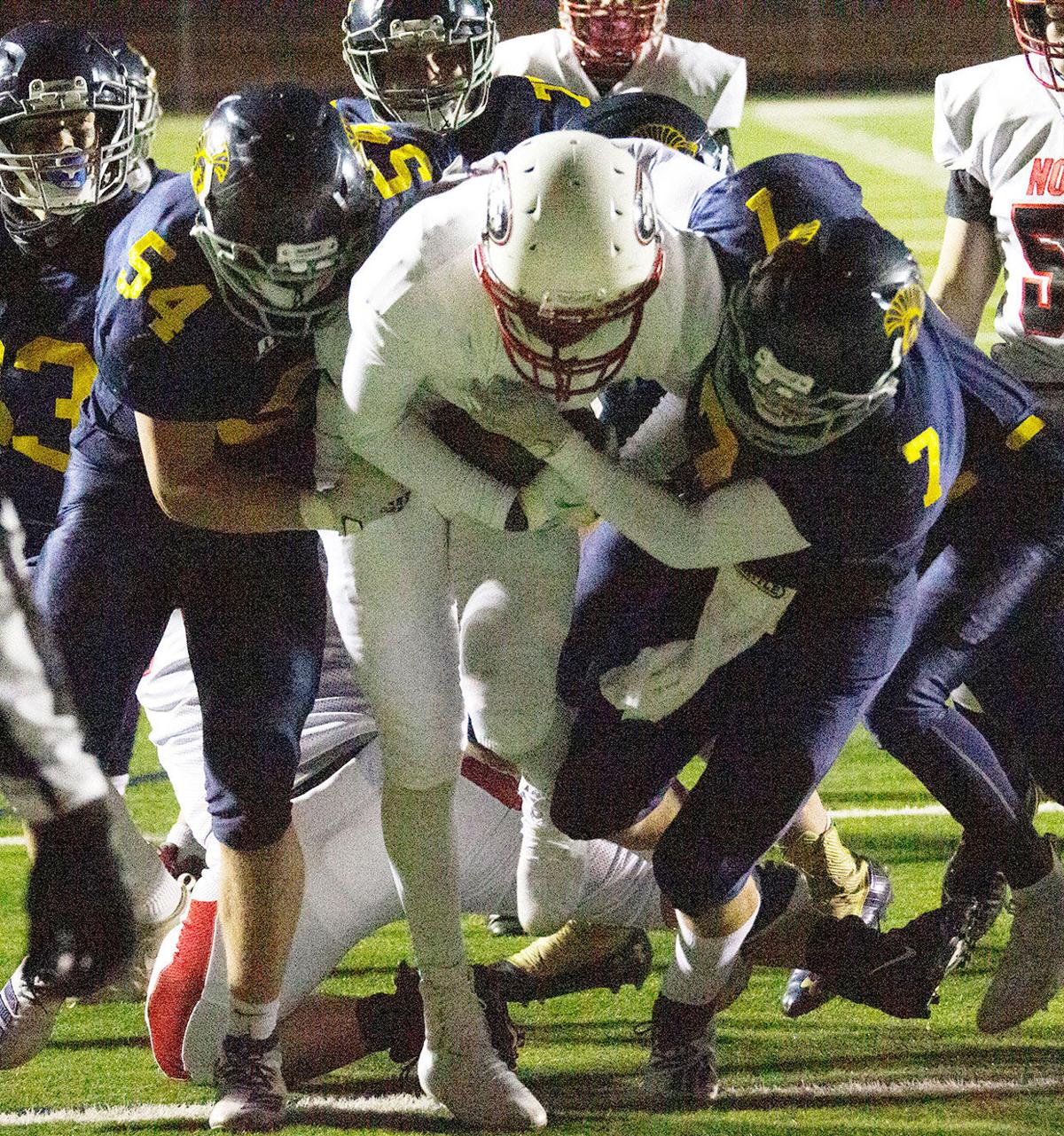 North’s Amier Day slipped through a pack of Zephyr defenders for a first-quarter touchdown.

Will Underwood, Mahtomedi quarterback, was chased by a North linebacker.

Mahtomedi’s second-stringers handled most of the duties as the Zephyrs closed the troubled 2020 season with a 20-14 win over North St. Paul at home Friday evening.

Fifteen players were in quarantine. Those were the starters and top reserves who played a 20-19 win over Buffalo on Nov. 7. Buffalo later had a positive test or tests.

The Zephyrs finished 5-1 in the pandemic-shortened season that started six weeks late. They had no game in the last week of conference play as the game against Tartan was canceled.

Mahtomedi had a first-round bye in the sectionals, which were cut short on Thursday when Gov. Walz ordered a four-week shutdown of high school sports starting Saturday. The Mahtomedi vs. North game was moved from Saturday to Friday. There would be no section finals the following week due to the shutdown.