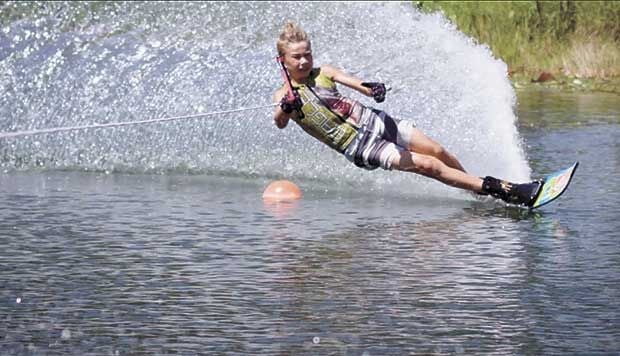 Ethan Barkwell in action at nationals in Louisiana. 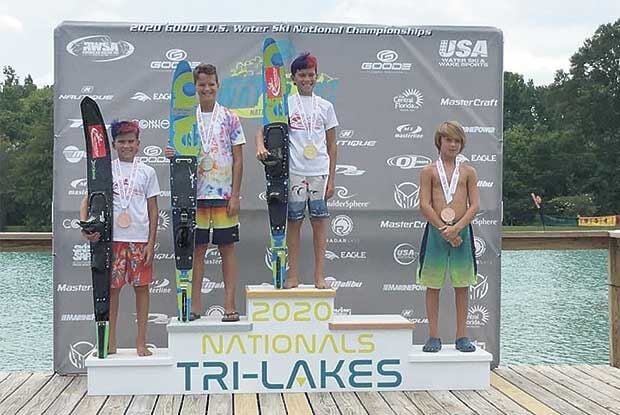 Ethan Barkwell (top middle) and Zachary Barkwell (far left) on the podium at nationals, each with blue and red hair.

Ethan Barkwell in action at nationals in Louisiana.

Ethan Barkwell (top middle) and Zachary Barkwell (far left) on the podium at nationals, each with blue and red hair.

Four Mahtomedi water skiing siblings competed at nationals last week in Louisiana and one of them emerged as a national champion.

Ethan earned his championship score competing with 1 1/2 buoys at 35 feet off (of the standard 75 foot rope) at 32 mph in action at Bennett’s Ski School on Tri-Lakes in Zachary, Louisiana.

He had previously won state and regional championships and was ranked No. 2 prior to nationals.

“Three years ago, my twin Zachary qualified for nationals and I could only dream of competing,” Ethan said. “I worked hard and trained a lot and now it has paid off. This year was my year, and next year might be his.”

Zachary also earned a place on the podium (top five). Zachary scored five buoys at 32 feet off at 32 mph.

In 2017, Zachary qualified for nationals. Last year, both qualified, with Zachary placing third and Ethan fifth, in Boys I.

“They also play soccer, hockey, golf (and) tennis, and alpine ski,” said their mother, Tracy Rupke. “They love being active and they definitely push each other. They have a great equipment manager — aka stay-at-home dad — who has enabled them to achieve so much.” She referred to husband Dave Barkwell.

The twins will be fifth graders at O.H. Anderson Elementary this fall. Their performances at nationals can be viewed at Youtu.be/yC6WnuEZFw.