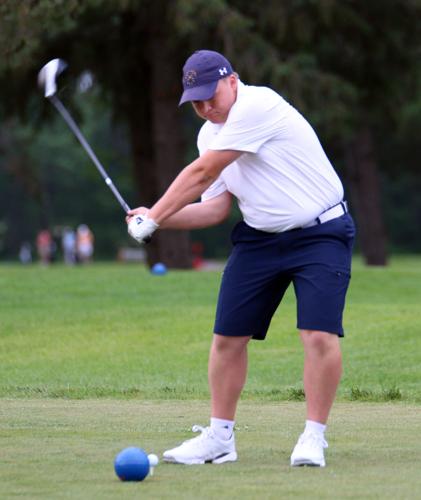 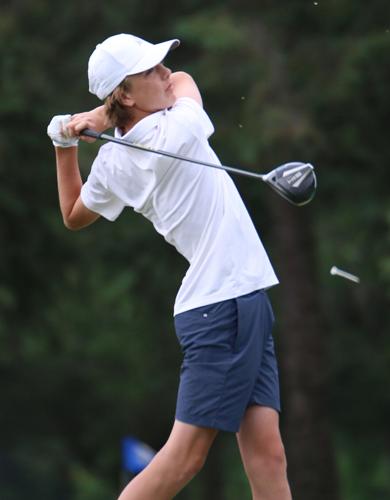 Jacob Wilson had a rough first day at state but shot much better on Wednesday.

Jacob Wilson had a rough first day at state but shot much better on Wednesday.

Daniel Gabrio, Mahtomedi senior, closed his prep golf career at the state tournament on Tuesday and Wednesday, pacing 44th with scores of 79 and 78 for a 157 total.

Jacob Wilson, Mahtomedi junior, placed 61st. After laboring to an 86 Tuesday, he cruised to a 76 on Wednesday for a 162 total.

“A highlight for me was just playing in the state tournament for the first time. It has been my dream since I started playing golf and it went better than I expected,” Gabrio said. “I had some really good shots and lucky bounces.”

On hole four East, he had seven iron second shot on the par five that pulled it a little left, hit a hill and took a huge bounce right — and ended up 10 feet past the pin on the green.

Gabrio, who qualified by shooting 80-78 at Bunker Hills in the sectional, reflected:

“It was a really fun experience. To have a whole group of spectators following and cheering after every good shot is something I have never experienced before. There were no jitters until I stepped on to the first tee, and all of a sudden it sunk in. I just realized ‘Holy cow. I’m in the state tournament.’

“I think once I got into a little bit of a rhythm it felt more normal, until it sunk in how good I was playing. Then I didn’t finish strong on the first day.”

Tying for the championship were Nate Stevens of Northfield, Owen Rexing of Rosemount and Jack Wetzel of Edina, all with 140.