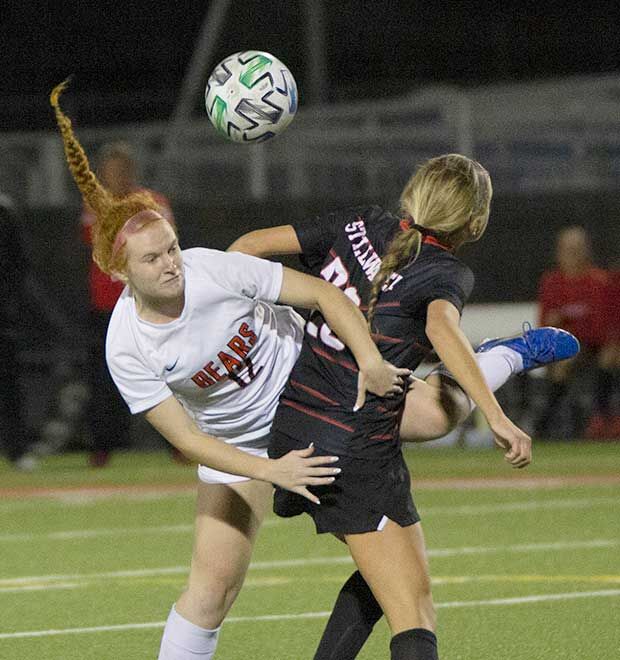 Kylie Amon of the Bears tangled with a Stillwater player 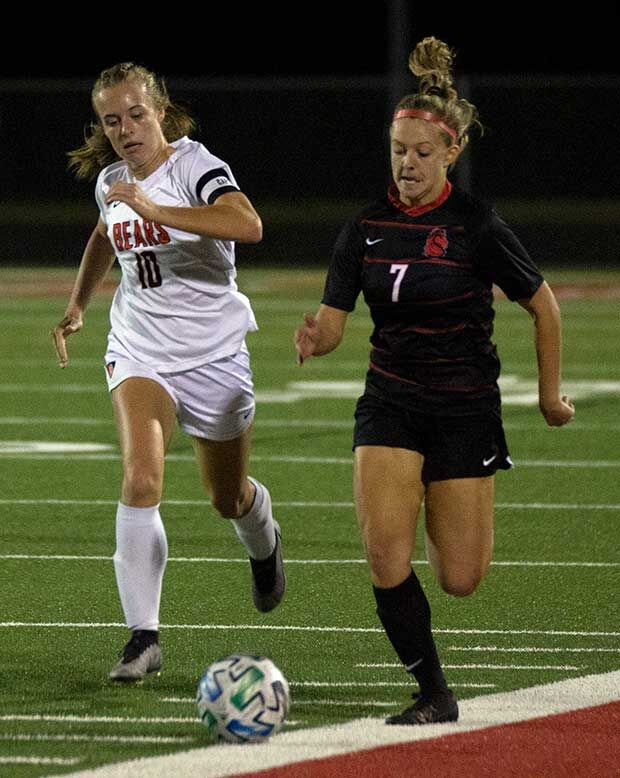 Lauren Eckerle (10) of the Bears chases Stillwater’s Maura Christiansen (7) down the sideline during the section championship match. 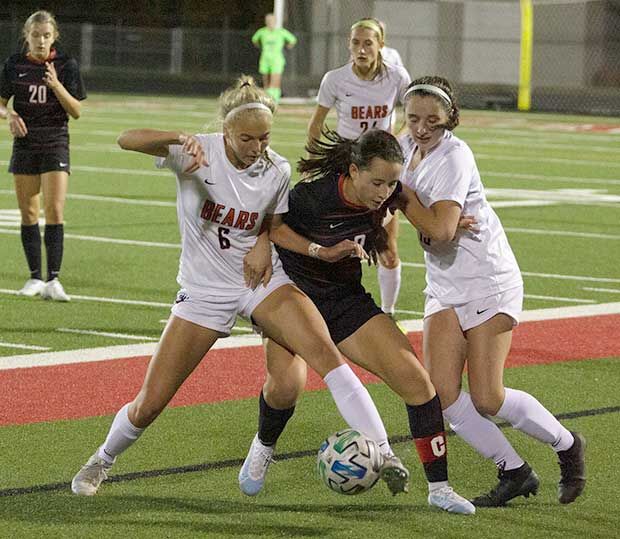 Kylie Amon of the Bears tangled with a Stillwater player

Lauren Eckerle (10) of the Bears chases Stillwater’s Maura Christiansen (7) down the sideline during the section championship match.

White Bear Lake, playing its first section championship since winning the title in 2012, lost to top-seeded Stillwater 2-0 on Tuesday night in Stillwater.

The No. 4 ranked Ponies (13-3-2), capturing their fourth straight section title, got goals from Amelia Bartosh in the first half and Brooke Nelson in the second half. The Ponies logged their 11th shutout of the season. They had nine shots on goal to four by the Bears.

“That group of Stillwater seniors won the section four years in a row,” Bear co-coach John Dierkhising said. “I noticed they didn’t even make a sub for a single player until 5 minutes left in the game so their starters are tough to beat. They are very good at winning those 50/50 balls and get it up the field really quickly which puts our defense under pressure with their strong group of attackers.”

The No. 8 ranked Bears finished 13-5-1, including another 2-0 loss to Stillwater in conference play. The Bears ended a string of six straight section semi-finals losses by beating East Ridge 3-2 in overtime on Saturday.

“This was a great team to coach,” said Dierkhising, who partners with Dave Ashley, “and I am glad they got to experience the section finals. I think next year we will be a favorite in the section if we can stay healthy.”

The Bears’ four losses all came against state qualifiers and all will be seeded in the top four at state, Dierkhising said.

“We are disappointed we couldn’t make it to state, but we had a great season. We just were a level below (those teams) … We only had one junior on varsity this year and started seven or eight freshmen and sophomores. Taking on senior/junior heavy teams like Stillwater, Centennial and Rosemount will help for next season and beyond.”

Thank you so much for the coverage. If you don’t mind making a change on one of the pictures that would be great. Nicky O’Brien is my son. The picture is Abby OBrien my daughter. Thank you!!

The first half goal for Stillwater was scored by Luka Johnson, not Amelia Bartosh.