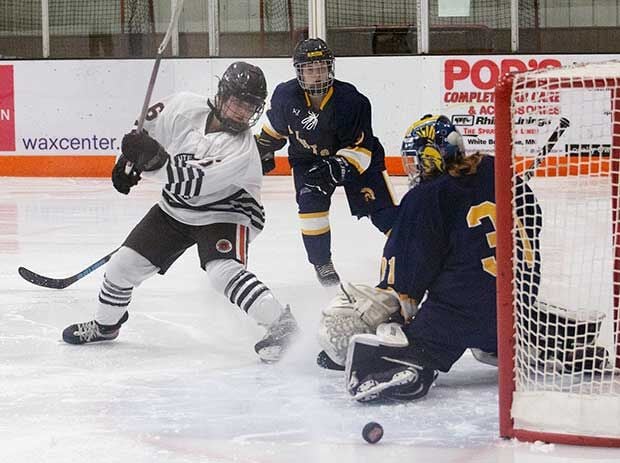 Mahtomedi’s Kaitlyn Galeazzi made 25 saves, including this one against Amanda Smythe. 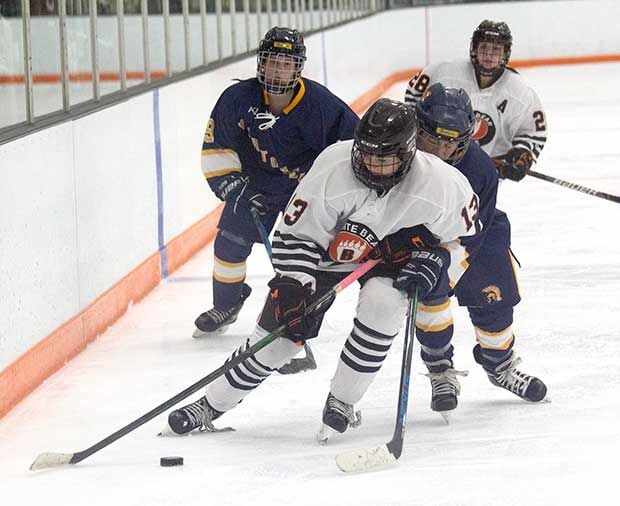 Gabby Hosfeld, who delivered the first goal, carries the puck. 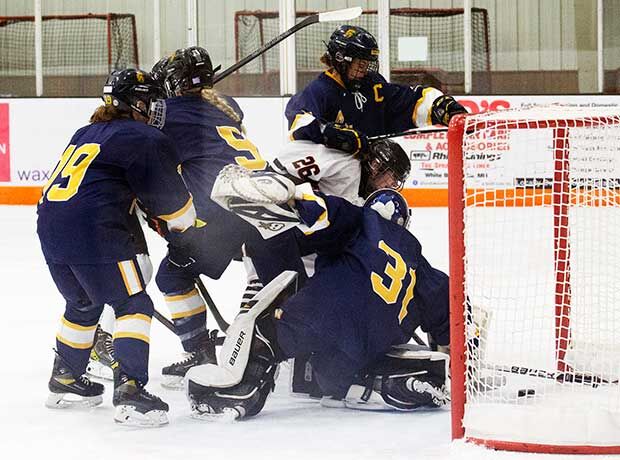 Lily Howard (26), amid a thicket of Mahtomedi players, poked a shot into the net to make the score 4-1. 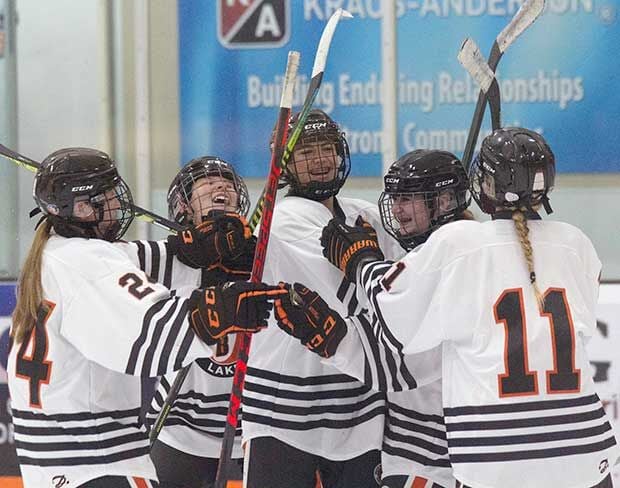 Mahtomedi’s Kaitlyn Galeazzi made 25 saves, including this one against Amanda Smythe.

Gabby Hosfeld, who delivered the first goal, carries the puck.

Lily Howard (26), amid a thicket of Mahtomedi players, poked a shot into the net to make the score 4-1.

“I am super proud of the girls,” coach Elsa Shorey said. “We have made a lot of changes to our program from last year and many young players have been asked to step up into big roles.

“We had three Bears with their first varsity goal, and it was great to see our leaders set the tone and our younger athletes gain confidence and play hard. Maya Marston also made many big saves for us.”

Gabby Hofeld, who had seven goals last year, notched the first goal of the season just 1:33 after face-off. The score remained 1-0 through two periods.

Rookies took over in the third period as Madelyn Lee scrapped for a goal in front of the net, Maddy Belisle hit a slap shot on a power play, and Lily Howard poked in a shot amid three defenders to close the scoring.

Both goalies were busy as Maya Marston of the Bears stopped 24 of 25 shots and Kaitlyn Galeazzi of the Zephyrs stopped 25 of 29.

Mahtomedi got on the board with 3:23 left on a goal by Sydney King, with Olivia Bengtson and Quinn Whitehead assisting.