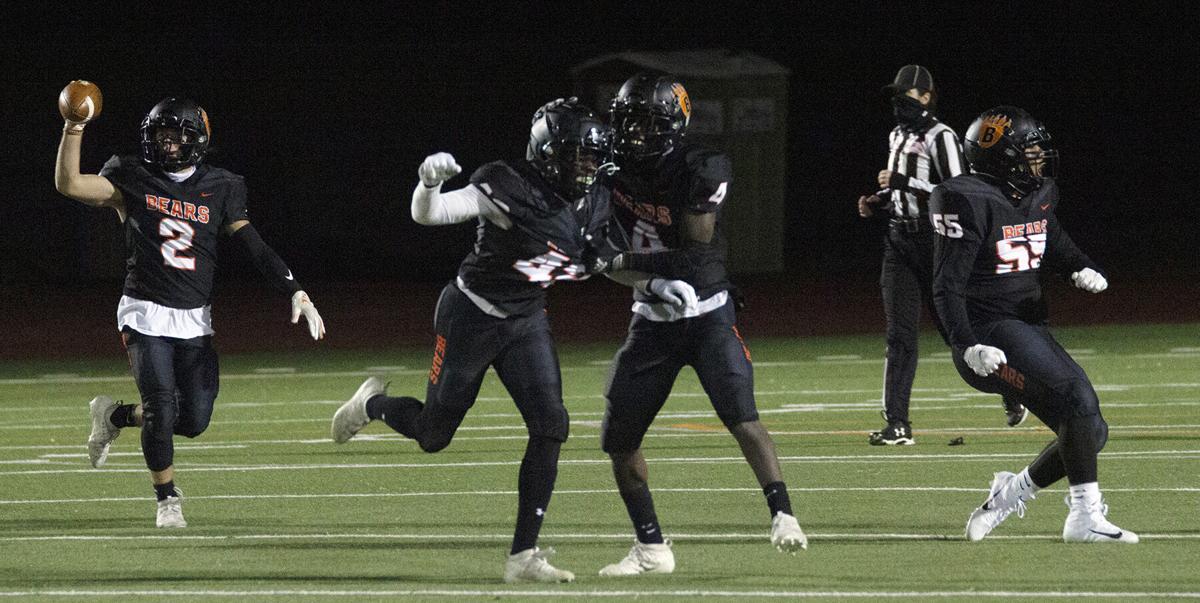 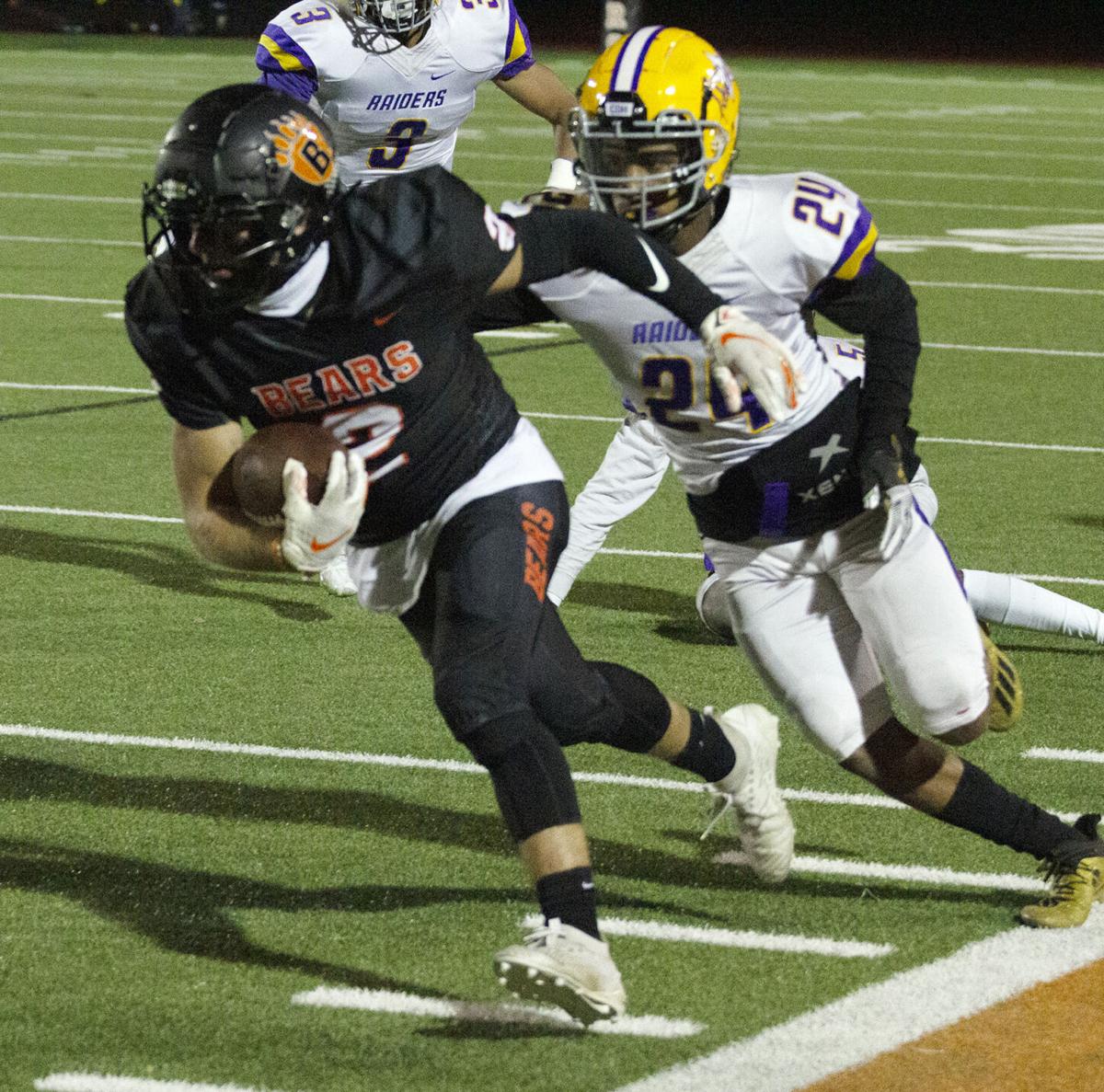 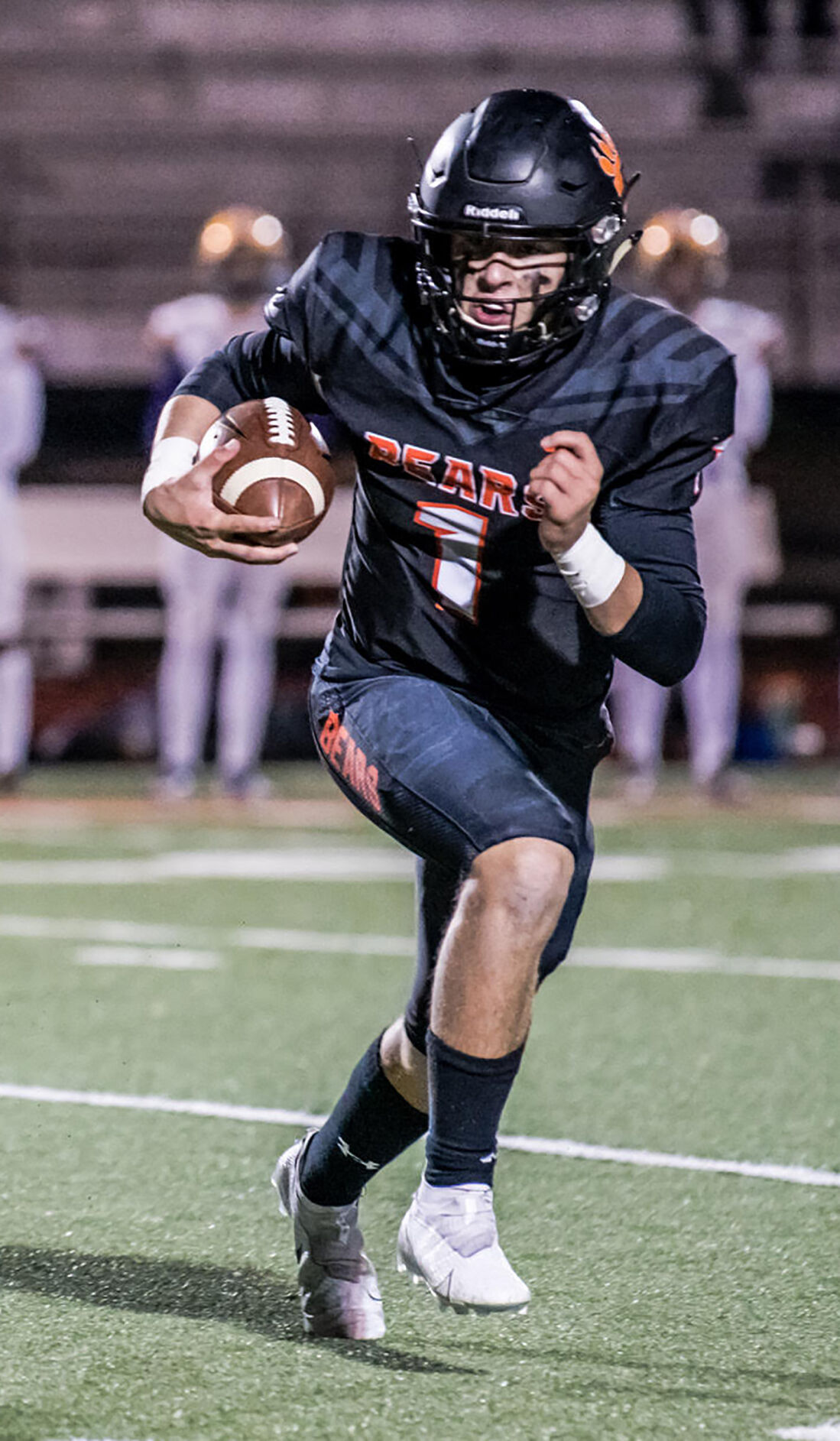 Bear quarterback Branden Berwald heads for the goal line on a 23-yard touchdown.

Spencer Sommers hoists the ball after recovering a fumble.

Bear quarterback Branden Berwald heads for the goal line on a 23-yard touchdown.

Spencer Sommers hoists the ball after recovering a fumble.

White Bear Lake scored five touchdowns in the first half and held off longtime nemesis Cretin-Derham Hall 35-21 at home Friday evening, squaring their record at 1-1.

Coming off a humbling opening loss to Stillwater, 52-24, the Bears got off to a great start against Cretin-Derham Hall.

The Bears had lost six straight games to the Raiders, and 12 of the last 13.

“It’s fun to beat any 6A team but it’s really a big deal to beat one of the elite programs like Cretin,” Bear coach Ryan Bartlett said. “You can say they are down a little this year, but they always have really good players. That Holloman is a really good receiver and they have a D-1 lineman.”

Jeff Odamtten bolted 19 yards for the opening touchdown and kicked the first or his five extra points. The Bears got a one-yard touchdown from quarterback Branden Berwald later in the first quarter.

Berwald hit Odamtten for a 42-yard touchdown in the second quarter, and Spencer Oxton dashed 19 yards for another touchdown, opening a 28-0 lead.

The Raiders got on the board with Cage Linton breaking away for a 43-yard touchdown. The Bears answered with Berwald keeping the ball for a 23-yard touchdown that made it 35-7.

CDH gave up no more points, and closed the cap with Luke Floyslund passing to Tre Holloman for a 16-yard score just before halftime, and to Marsello Mendez for a 32-yard TD in the fourth quarter.

Berwald ran 15 times for 78 yards and completed seven of 12 passes for 112 yards. Anthony Lewis-Royal gained 81 yards on 19 runs, Odamtten 44 on seven runs, and Oxton 41 on five runs. Odamtten had two catches for 62 yards and Alex Lockwood four for 41 yards.

The Bears will play at East Ridge (2-0) on Friday night.