Charles Drage (9) cranked up for a shot in the final 15 seconds that was blocked by Brigid Plunkett (16). 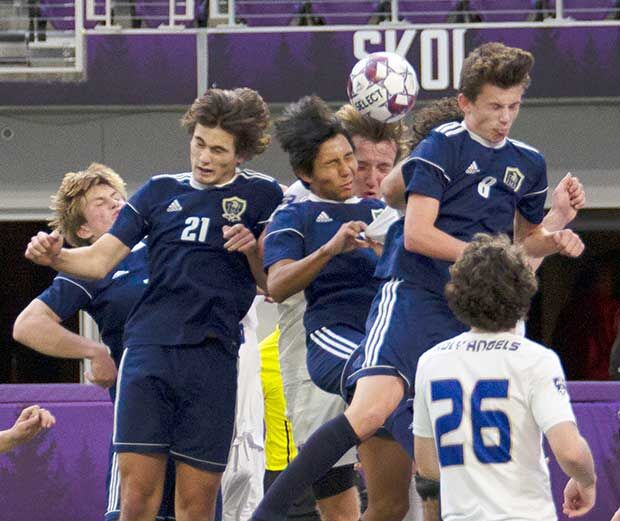 Mahtomedi players soared to try to control the ball on a corner kick. 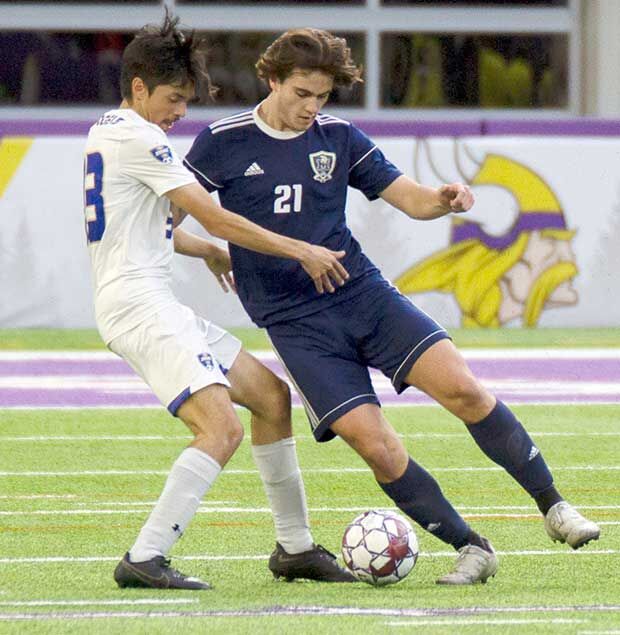 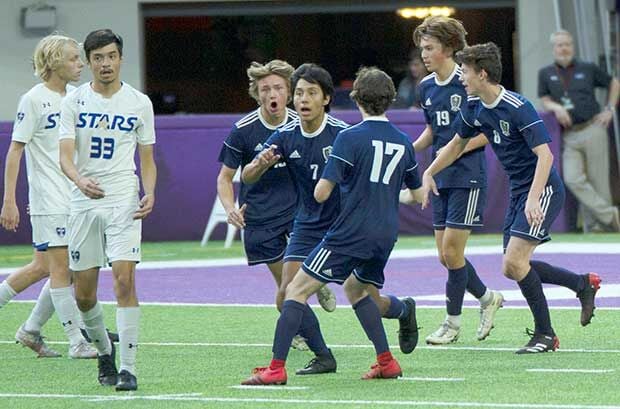 Charles Drage (9) cranked up for a shot in the final 15 seconds that was blocked by Brigid Plunkett (16).

Mahtomedi players soared to try to control the ball on a corner kick.

Mahtomedi kept fighting until the final seconds but lost to Holy Angels 3-2 in the state Class AA soccer semifinals on Wednesday afternoon, after trailing by two goals twice.

Aidan Smith booted all three goals for the Co-Stars —on a free kick in the 29th minute, a penalty kick in the 49th minute after a tripping infraction, and a penetration down the middle in the 69th minute — as his team took leads of 2-0 and 3-1. The senior midfielder has 20 goals.

Zephyr coach Dominic Smith said “we talked all week” about Smith’s strong leg on set pieces and how important it was to avoid that situation.

“He got two of them,” Isaac said. “One penalty kick and free kick from outside the box and he buried them. We knew anywhere inside 30 yards, he was dangerous.”

Collin Potvin scored for Mahtomedi in the 61st minute, from close range off a bouncing ball, assisted by Yassin Hussein, to make it 2-1. Leonardo De La Torre scored in the 71st minute, pounding on a rebound after a free kick from David Wolsfeld, making it 3-2.

In the final 15 seconds the Zephyrs had a two-on-two opportunity in front of the net and fired off two shots. Charles Drage’s shot was blocked by Brigid Plunkett. When another Zephyr quickly launched a follow-up shot, goalie McDermott Franklin smothered it.