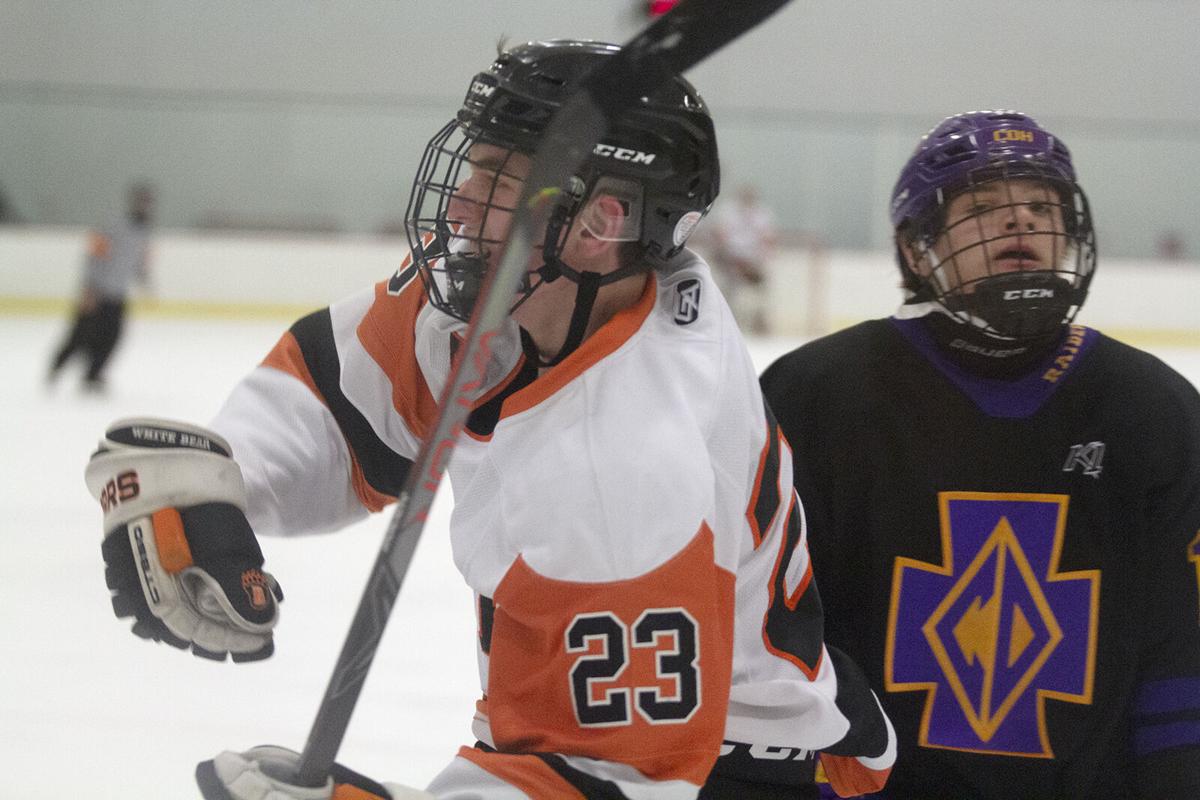 Tyler McKenzie celebrated his goal that closed the gap to 6-4. 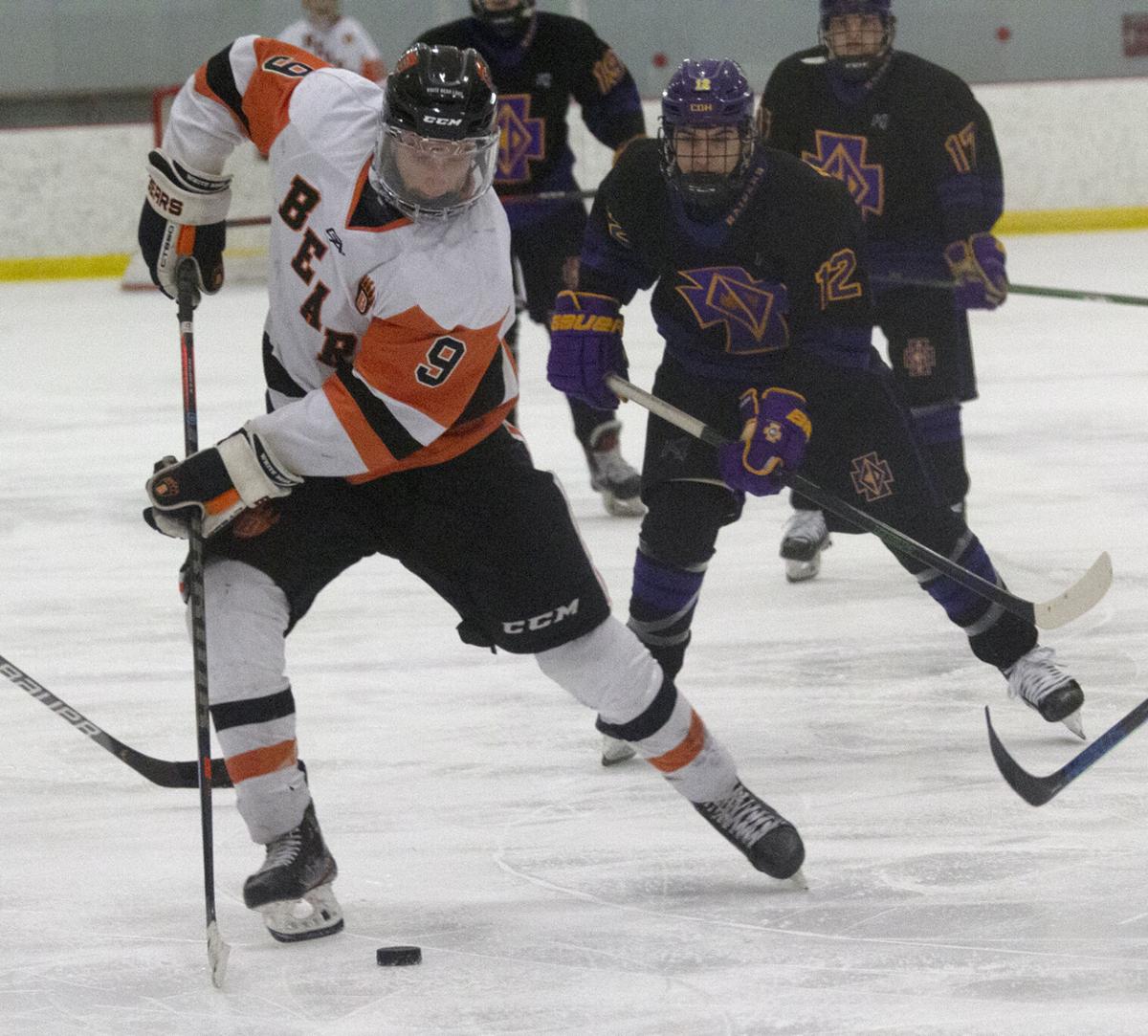 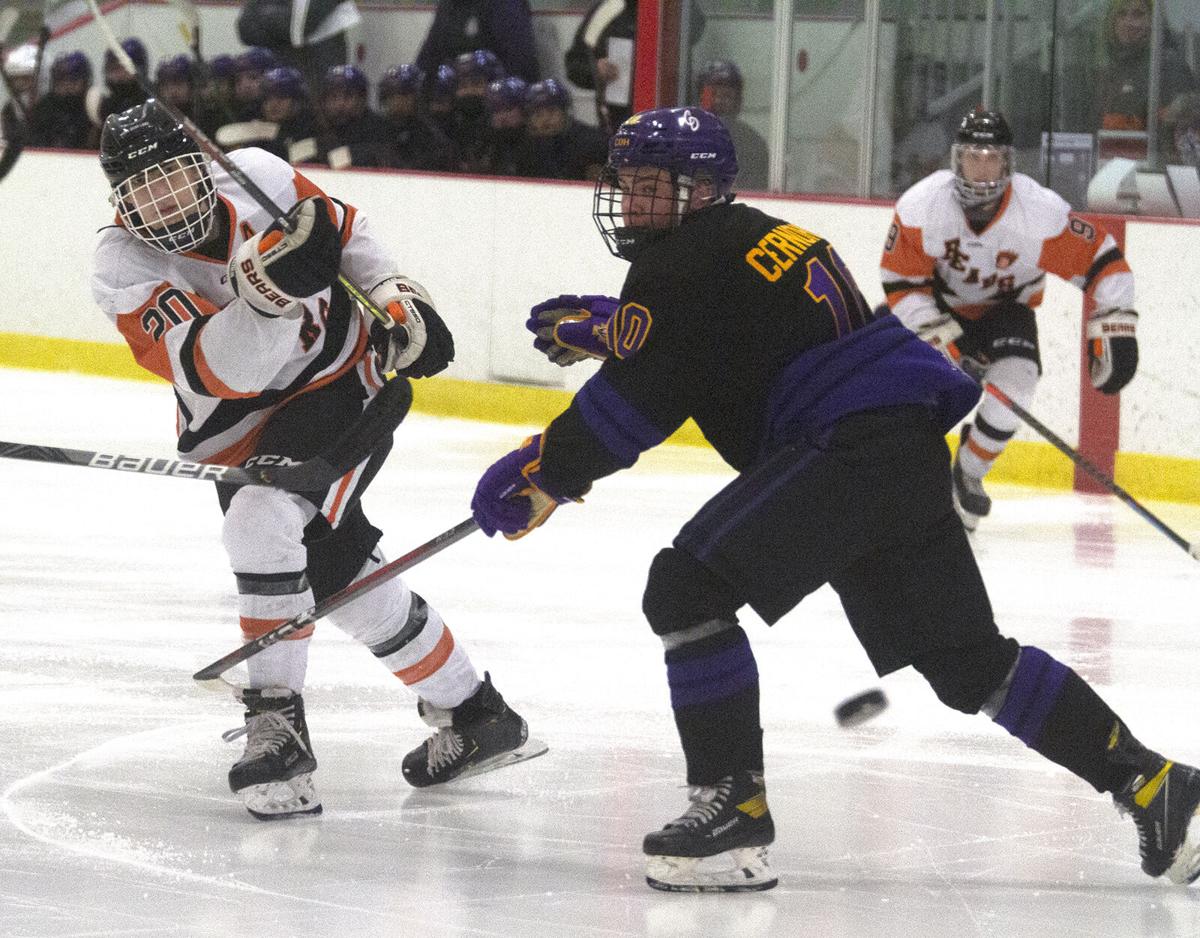 Tyler McKenzie celebrated his goal that closed the gap to 6-4.

A gallant rally by White Bear Lake fell short as Cretin-Derham Hall beat the Bears 7-5 to all but wrap up the Suburban East Conference championship Saturday night.

The Raiders, who routed the Bears 7-1 in their first meeting, stormed ahead 6-1 in the first 10-plus minutes in the rematch at TCO Sports Garden.

The Bears came alive to score four consecutive goals and pull within 6-5 early in the third period but could not close the gap as their 11-game unbeaten streak ended.

In an amazing first period by the Raiders, they got goals from five different players: Chuck Altier, Colton Jamieson, Gabe Rasmssen, Drew Fisher, Kevin Odlaug, and Fisher again at 10:15 for a 6-1 lead.un

Shell shocked in the early going, Bear goalie Jackson Koehnen and the defensive crew settled down after that and didn’t give up another goal until Jake Sondreal stopped the Bears rally at 14:45 of the third period. CDH had 32 shots on goal and the Bears 28 in the game.

Still down 6-2 ten minutes into the second period, the Bear started their comeback with goals by Charlie Olsen at 10:34 and Tyler Mckenzie at 11:33. They got within one when Anthony Brooks got one past Marko Belak at 5:41 of the third period.

The Bears will host East Ridge on Monday night to close the regular season.