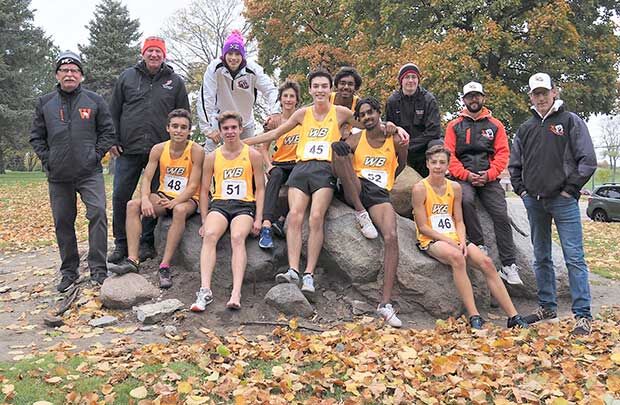 The Bears and coaches assemble for a photo after placing second in the section meet at St. Paul Highland Golf Course. 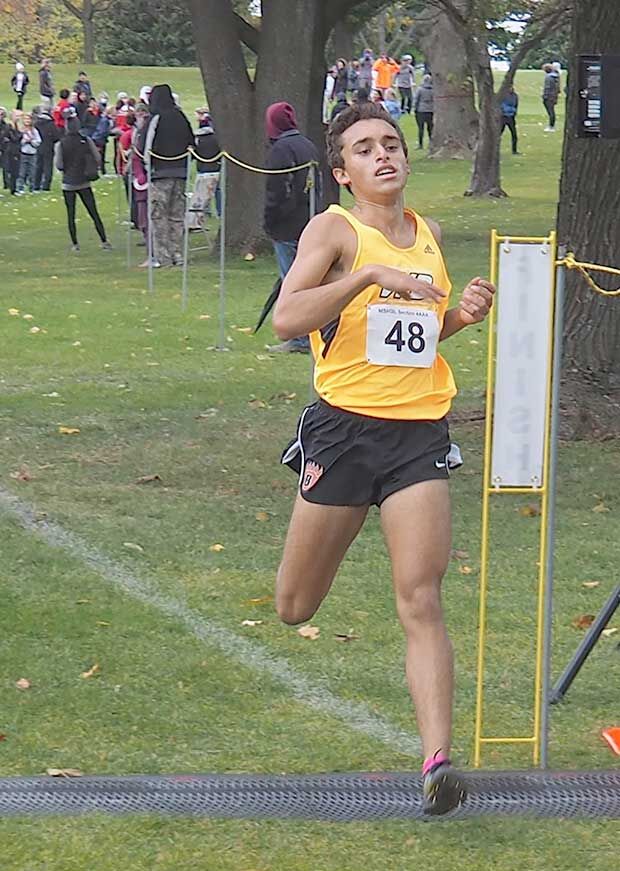 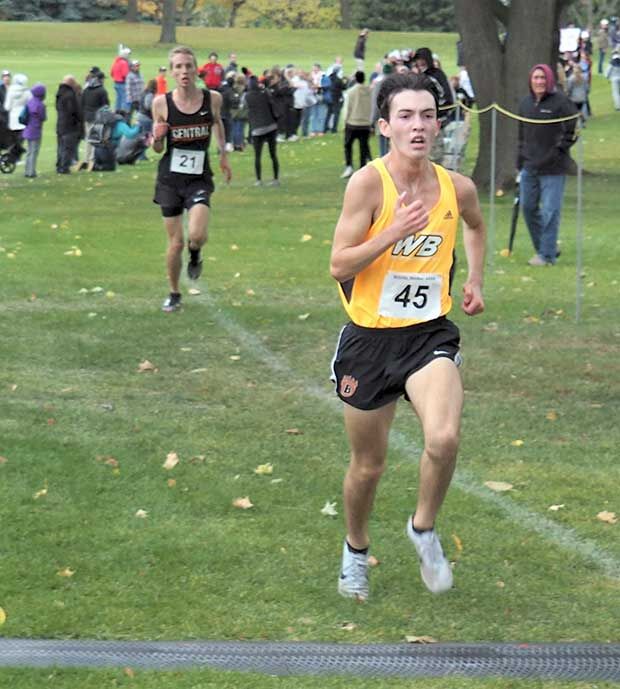 The Bears and coaches assemble for a photo after placing second in the section meet at St. Paul Highland Golf Course.

Mattson, a senior, hit the tape in 15:29 at the University of Minnesota’s Kolstad Golf Course in Falcon Heights. Williams, a sophomore, was third in 16:07.

“It was fun watching Ernie and Jonathan Roux from Stillwater battle it out throughout the race,” coach Dan Kovacich reported. “Ernie eventually took control and made a move with 1,000 meters left.”

Mattson was the first Bear section champion in the 20 years Kovacich has coached. Kovacich has had 13 state team qualifiers in his 15 years as head coach.

“What makes Ernie great is his off season training,” Kovacich said. “For the past three seasons, Ernie has put in between 400 to 600 miles over the winters and summers — averaging 40 to 60 mile weeks.”

This is the first year of a three-class system, resulting in the Bears’ section having half the teams it formerly had.

The Bears will run at the state meet Nov. 6 at St. Olaf College.