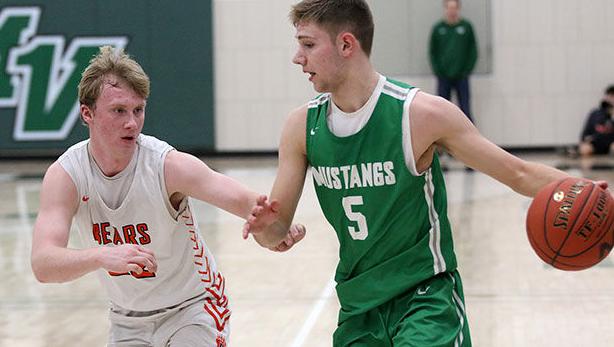 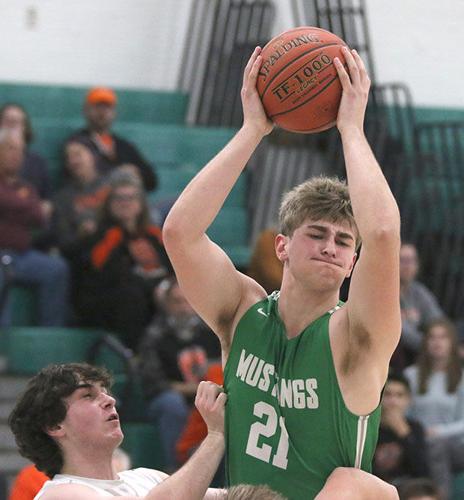 Ryan Edelman of the Mustangs scans the floor for an open teammate. 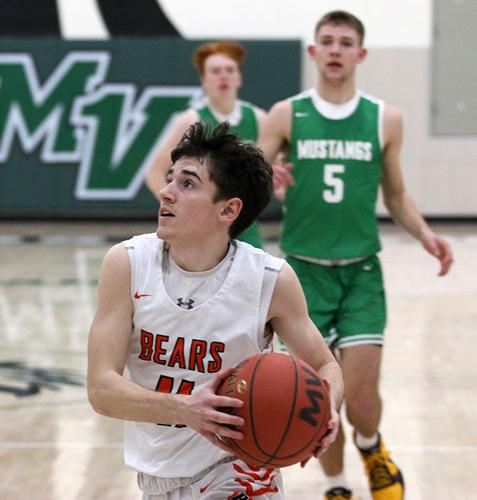 Jeremy Kolb eyes the hoop just before sinking a fast break layup for the Bears. 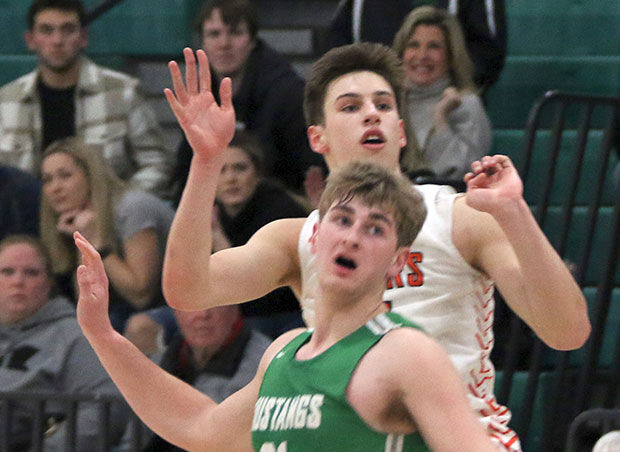 Ryan Edelman of the Mustangs scans the floor for an open teammate.

Jeremy Kolb eyes the hoop just before sinking a fast break layup for the Bears.

Jack Janicki swished a long 3-pointer with one second left to give White Bear Lake a 56-53 win over Mounds View on Tuesday evening on the Mustangs court.

Janicki pumped in 31 points while Mounds View had the rest of the Bears lineup stymied. Wyatt Hawks was next with eight points and Jeremy Kolb had seven.

For Mounds View, Kobe Kirk with 17 points, Colby Deluce with 15 and Ryan Edelman with 10.

The Bears (14-11), in their second win over the Mustangs (14-11), led 31-22 at halftime. Mounds View heated up in the second half and surged ahead 46-44. The Bears regained a six-point lead but the Mustangs caught up again at 53 when Kirk sank the second of two free shots.

The Bears had the ball last. Mounds View had everyone covered, including Janicki, but the 6-foot-4 guard backed up and let it fly from about 27 feet, and connected with his fifth 3-pointer of the game.

The Bears will finish the regular season on Friday, hosting Park, while Mounds View hosts Woodbury.