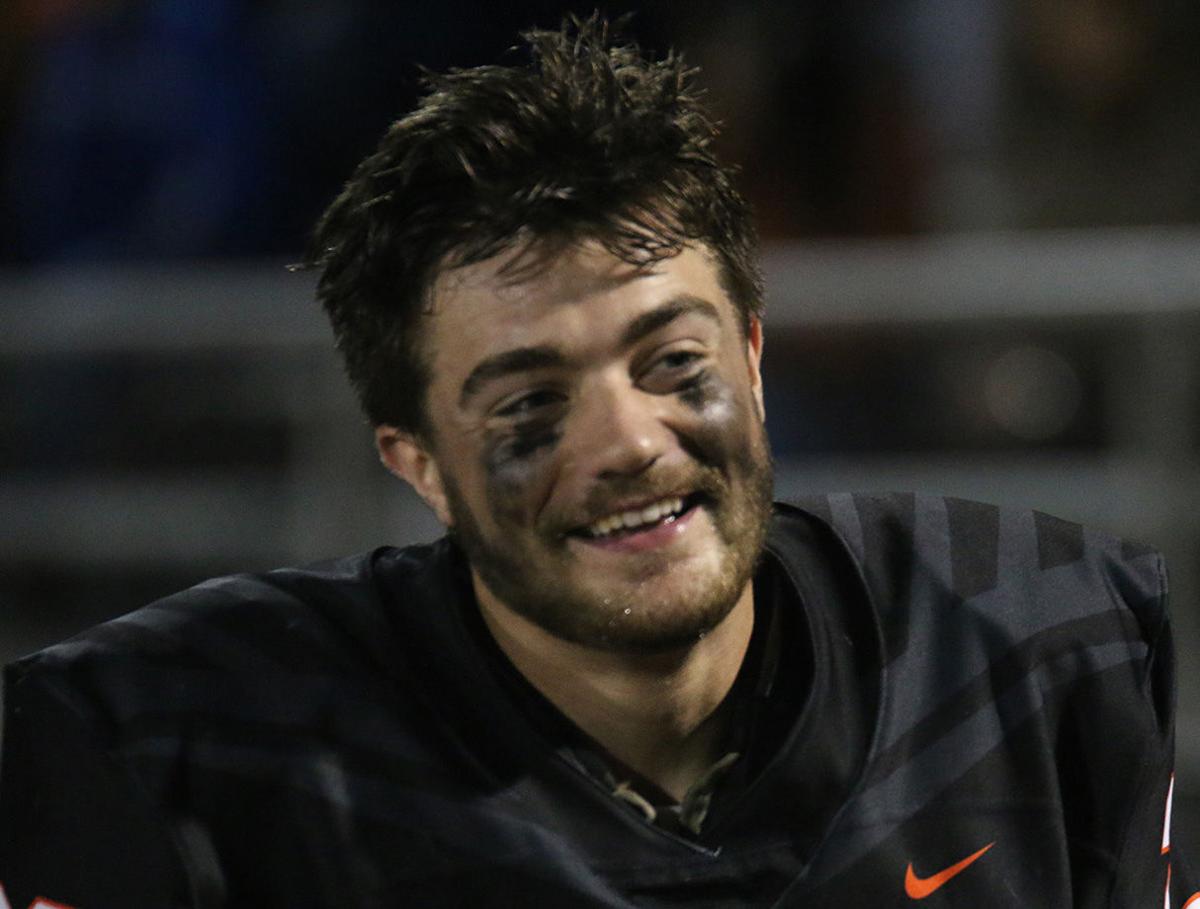 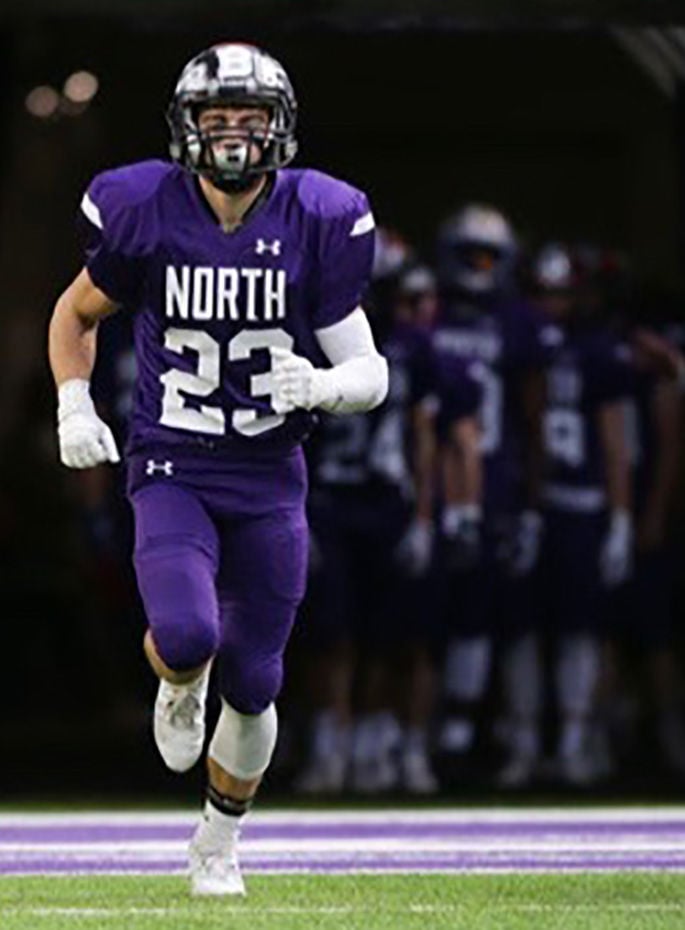 Brice Peters sprinted out of the tunnel during introductions at the all-star game.

Brice Peters sprinted out of the tunnel during introductions at the all-star game.

Brice Peters enjoyed a day of double duty in cleats and sneakers on Dec. 7.

He played in the state all-star football game in the afternoon, then hustled home to suit up for a Bears basketball game.

“It was quite a unique experience, playing in both a football and basketball game in the same day,” the White Bear Lake senior acknowledged. “My body definitely felt it the next day. Definitely something I’ll always remember.”

Peters was the Bear football MVP this fall when his contributions included 10 touchdowns and 879 yards rushing and receiving, along with kick returns and defensive back duty. This winter he’s the lone veteran and top scorer on the basketball team, thus his determination to get back in time for hoops.

“His example of hard work and energy is valuable for our younger players and their development this season,” coach Keith Lockwood said, adding that Peters is a vocal leader as well.

Playing slot receiver for North in the coaches association all-star game at U.S. Bank Stadium, Peters caught two passes, a 15-yard gainer from Buffalo’s Aidan Bowman and a five-yarder from Becker’s Josh Fobbe. The game was dominated by the defenses with South winning 13-3.

“It was a whole different game because they are all great athletes,” he reflected. “In a normal high school game, you know the defense’s weak spots. Those didn’t exist in this game.”

The all-stars practiced twice a day Wednesday through Friday, leading up to Saturday’s game.

“The game meant a lot to me,” Peters said. “It was one of my goals I had written down before the season started. I’d say it was as fun, if not more fun, than a regular season game, just playing in that atmosphere. There’s nothing like it.”

Peters missed the St. Croix Prep game, a 56-53 loss, that Friday evening, but after the football game he hustled home, had a quick supper and got to the school. He said he knew of a couple other players doing the same thing.

“I was surprisingly pretty energized,” he said. “Basketball conditioning helped a lot, but I also think the adrenaline running through me from the football game helped for sure.”

After serving as football captain, Peters is also a floor leader in basketball after being a top sub on last year’s senior-dominated 20-7 team.

“Basketball this year is completely different,” he related. “Last year, that senior group had been playing together almost their entire basketball careers. For our team this year, it’s like the complete opposite. Not only am I depended on more for how I play, but also how my mindset and attitude is. Our team ranges from freshmen to seniors, so I have to lead the best way I can.”