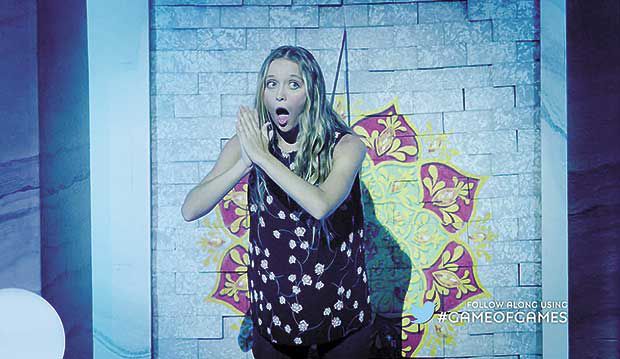 Caroline Sass reacts to another contestant being tossed through a wall. 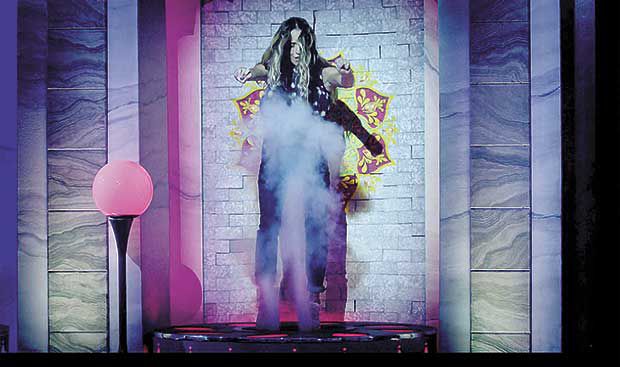 Caroline Sass busts through a wall after losing her game “Taj Mah Wall.” She said it looked way worse than it felt. 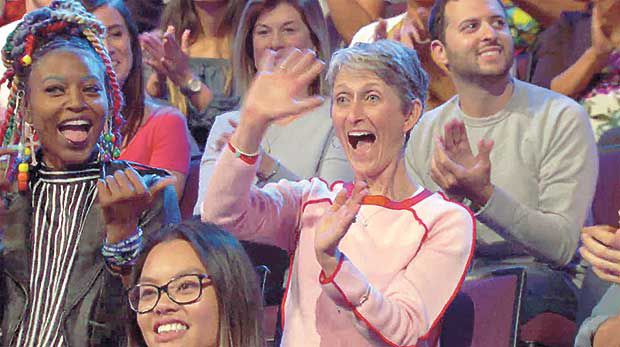 Becky Sass energetically waves to her daughter on stage. 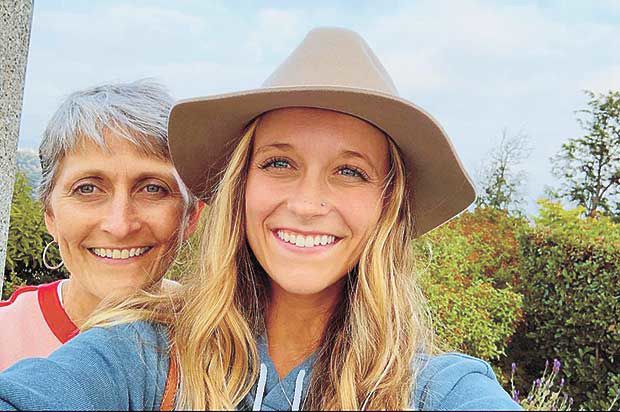 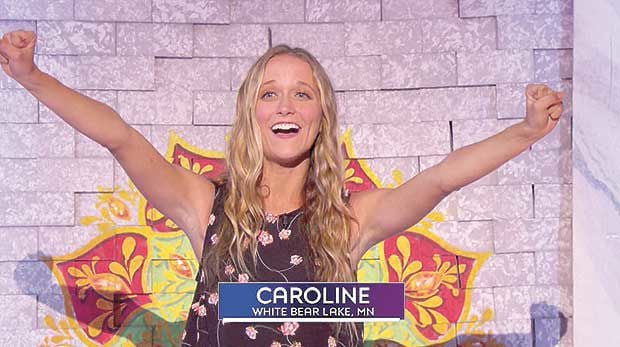 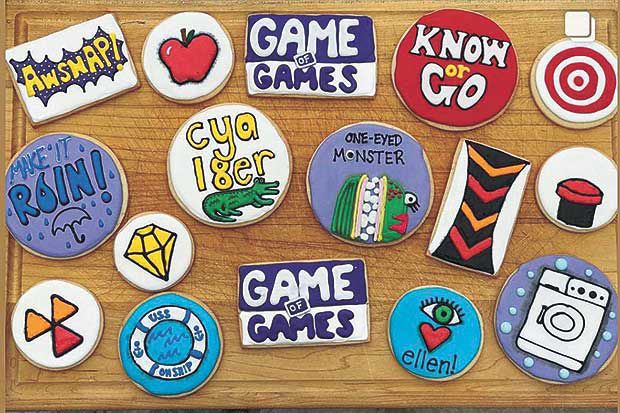 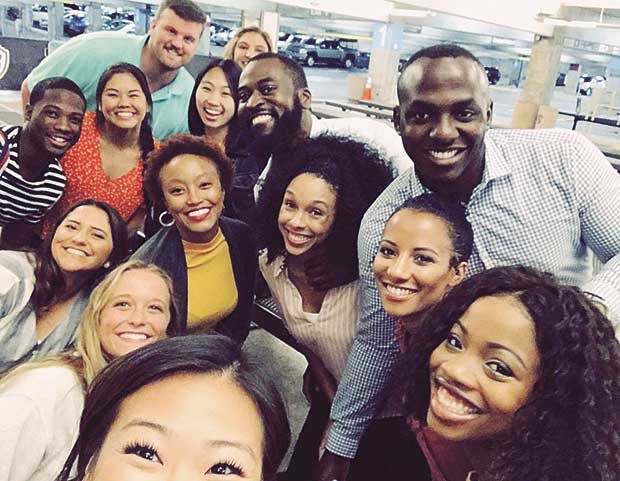 Sass poses for a selfie with some of the other contestants on Ellen’s “Game of Games.” 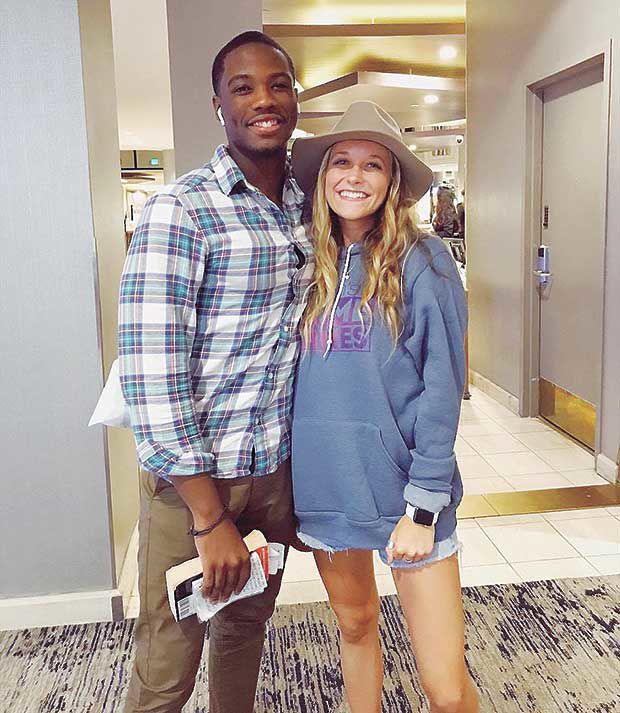 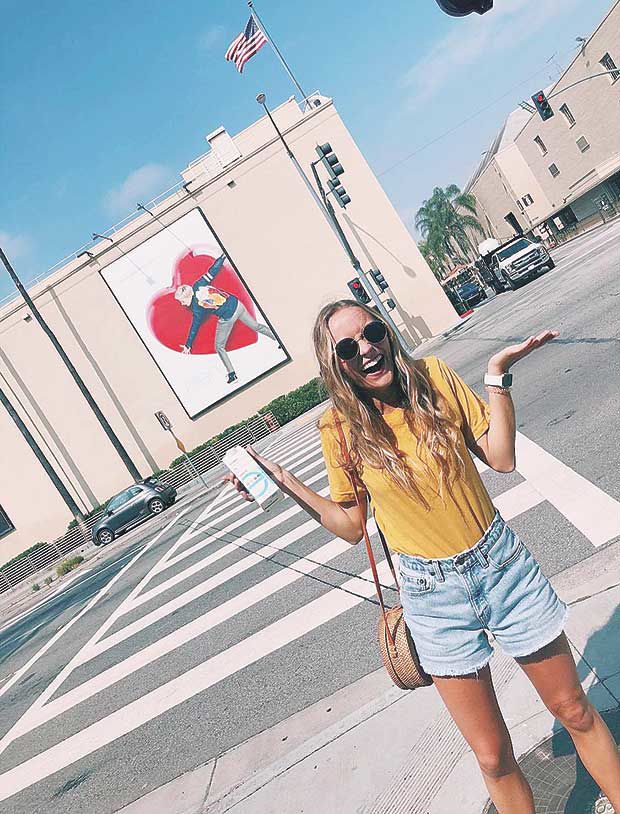 Caroline Sass reacts to another contestant being tossed through a wall.

Caroline Sass busts through a wall after losing her game “Taj Mah Wall.” She said it looked way worse than it felt.

Becky Sass energetically waves to her daughter on stage.

Sass poses for a selfie with some of the other contestants on Ellen’s “Game of Games.”

Most game show contestants from Minnesota simply say they are from “Minneapolis” or “St. Paul” when introducing themselves — that was not an option for Caroline Sass.

“My whole family has grown up in White Bear ... I have lived here my whole life. Our blood bleeds orange and black. I had to say, ‘White Bear Lake,’” she said.

Caroline Sass, a 2015 White Bear grad, was chosen as a contestant on the third season of Ellen DeGeneres' “Game of Games.” The episode aired on NBC on St. Patrick's Day. Caroline's mother, Becky Sass, also participated in the experience as Caroline's VIP guest.

Caroline has always been an Ellen fan. In 2018, she and some of her college friends applied to get tickets to Ellen's talk show. In 2019, they received an email informing them that they had been selected to be audience members, and they flew out to Los Angeles.

“We were pumped to begin with, but then we got seated in the front row. We were just on cloud nine. We were super energetic, crazy and loving life, and the producers noticed that,” Caroline recalled. “After the talk show, they confronted us and asked if we want to interview for Ellen's ‘Games of Games.’”

Caroline and her friends all did on-the-spot interviews and weren't expecting to ever receive a follow-up. About a month later, they all received emails saying that they were selected to continue on in the selection process. Caroline's friends decided to not go through with it, but Caroline persisted. Last May, right after Caroline graduated from Iowa State University with a degree in supply chain management, she received a phone call saying she was chosen as a “potential contestant.” Show representatives agreed to fly her and her plus-one out to LA for the June filming.

Becky was not surprised that her daughter would want to be on a game show. “She is a person that lives life to the fullest and loves to have fun; she is adventuresome, very independent. So this totally fits into her persona,” she said. “I felt fortunate and lucky to be her guest. It was cool to be behind the scenes.”

Up until about an hour before Caroline filmed her “Taj Mah Wall” scene, she wasn't sure if she was going to be a contestant. Caroline thinks her high energy level, the fact that she was obsessed with Ellen, and her response to the question, “What would you do with the $100,000 if you win?” is what made her stand out.

“During the interview process, they are clearly looking for people that have lots of energy, that love Ellen and are funky and spunky,” Caroline said. “I am a huge Ellen DeGeneres fan; she is an amazing human being. She emits this kindness and energy that is definitely needed in the world.”

Becky added, “You love the show, you love Ellen, but knowing the process that Caroline had to go through to be selected, it makes you appreciate and love the show so much more.”

Caroline had no idea the episode was going to air until the day before it did, after she saw a clip of her episode on Facebook. To make things even more complicated, Caroline and her family were on a vacation in Greece. At 3 a.m. they knew the episode had aired after their phones began to blow up with notifications.

After their opportunity to be on the show, both Caroline and Becky have a deeper appreciation of the intentional planning that goes into each production. How the contestants introduce themselves and what outfits they wear — even where people sit in the audience — is all planned down to the last detail.

“We had to go to about 30 minutes of training on how to cheer, how to act excited,” Becky recalled. “Each time we started filming a new game, they moved us to different seats.”

Caroline says she now has a “fun fact” for life. To see Caroline's episode, visit www.nbc.com/ellens-game-of-games/.