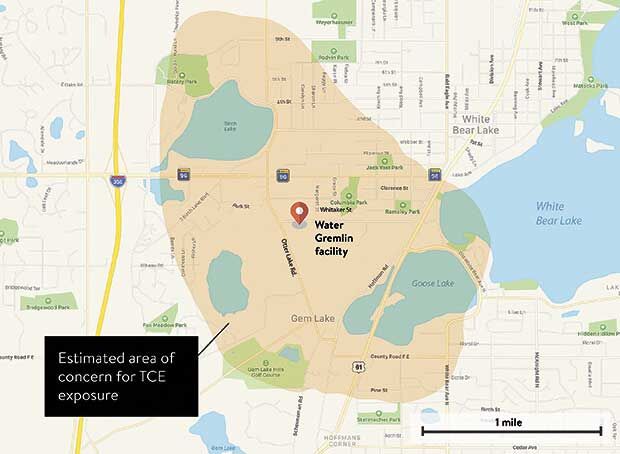 The resident who filed the class action suit lives just outside the MPCA area of concern, outlined here and updated in January, in a residence on Third Street between Krech and Wood Avenue. 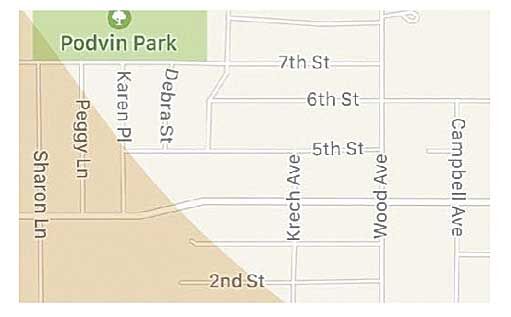 The resident who filed the class action suit lives just outside the MPCA area of concern (shaded area), in a residence on Third Street between Krech and Wood Avenue.

The resident who filed the class action suit lives just outside the MPCA area of concern, outlined here and updated in January, in a residence on Third Street between Krech and Wood Avenue.

The resident who filed the class action suit lives just outside the MPCA area of concern (shaded area), in a residence on Third Street between Krech and Wood Avenue.

The complaint does not meet the state’s motion-to-dismiss standard, maintains a Dorsey & Whitney LLP team of attorneys representing the township manufacturer.

That standard, according to the motion filed late last month, requires “a complaint sufficiently allege Water Gremlin has affected the plaintiff in a legally compensable way. The complaint does not meet that standard,” Lightfoot advised District Judge Leonardo Castro, the same judge hearing the state case.

The plaintiff, Robert Sharot, filed a class action suit against Water Gremlin in October, saying the plant’s release of toxic TCE into the air and its widely publicized contamination has harmed his home value.

The case alleges 4,000 homes in the “area of concern,” outlined by state health and pollution officials on a map, have suffered property damage as a result of the excessive TCE release. The Detroit law firm Liddle and Dubin, specialists in class action suits, has taken on the case.

“The plaintiff alleges he lives close enough to the plant that Water Gremlin’s alleged emission of ‘hazardous substances’ causes Sharot to believe his property value has decreased and identifies an MPCA ‘area of concern’ for TCE emissions,” Lightfoot maintained. “But the plaintiff does not live within that area, nor does the complaint cite sources for his allegations, which also claim the property has been and continues to be physically invaded by hazardous waste.” Sharot’s address is listed in the motion as 1872 Third St.

Attorneys for the defendant argue a negligence claim should also be dismissed because Sharot does not allege he was injured. Another point of contention was the “class” allegations. “Even if plaintiff’s complaint survives defendant’s motion to dismiss, this matter should not proceed as a class action,” stated Lightfoot, writing, “Plaintiff and his claims are so obviously ill-suited to resolution on a class basis that rejection of the claims is appropriate, even early in this litigation.”

The plaintiff, they continued, apparently proposes to represent a generalized class (the entire MPCA “area of concern”) of which he is not a member (his residence is not within the area of concern). They argue that the plaintiff makes no attempt to identify those properties actually contaminated or allegedly at risk, only claiming that the alleged harm affects “the homes of about 5,500 residents.”

The issue of contaminants, including a chemical found in groundwater, brought up by the plaintiff was also argued at length. Attorneys wrote in the 19-page motion that “even if the plaintiff were near the sample wells he discusses (instead of the opposite direction), he fails to explain how 1,4-dioxane at concentrations ‘significantly less than the 1 ppb health-based drinking water guidance value’ affects his property value.”

Claims that Water Gremlin owed damages under the Minnesota Environmental Response and Liability Act (MERLA) were also denigrated by the defense. “The plaintiff does not allege he incurred response costs from the release or threatened release of a hazardous substance on his property,” Lightfoot wrote. “The plaintiff, as an individual, lacks standing to sue to recover natural resources damages. The plaintiff also fails to meet the standard to plead an economic loss under MERLA.”

Sharot’s lawsuit is the only class action filed to date against Water Gremlin.