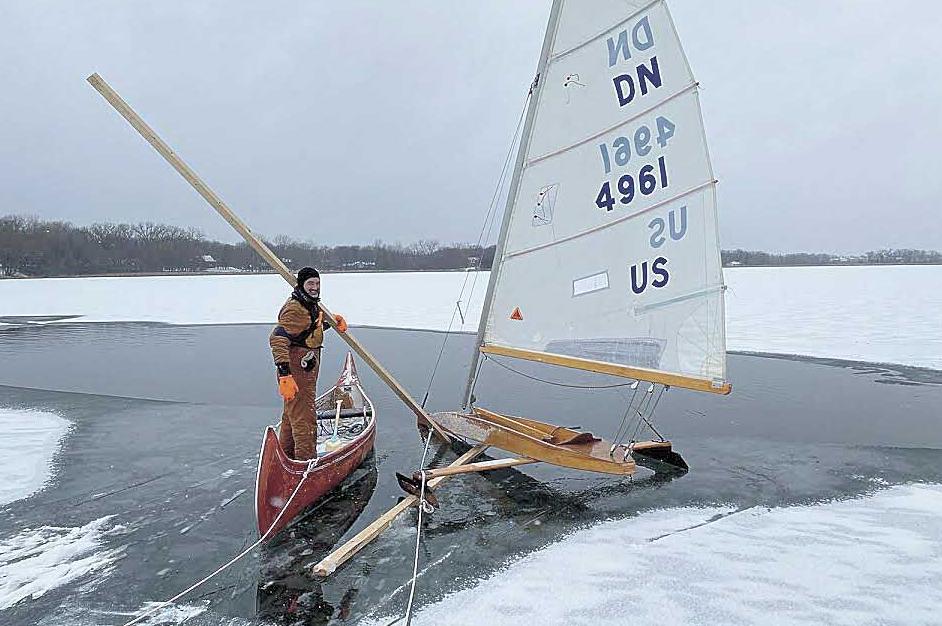 Brett Smith pulls his boat out of the water on Bald Eagle Lake in his friend’s canoe. 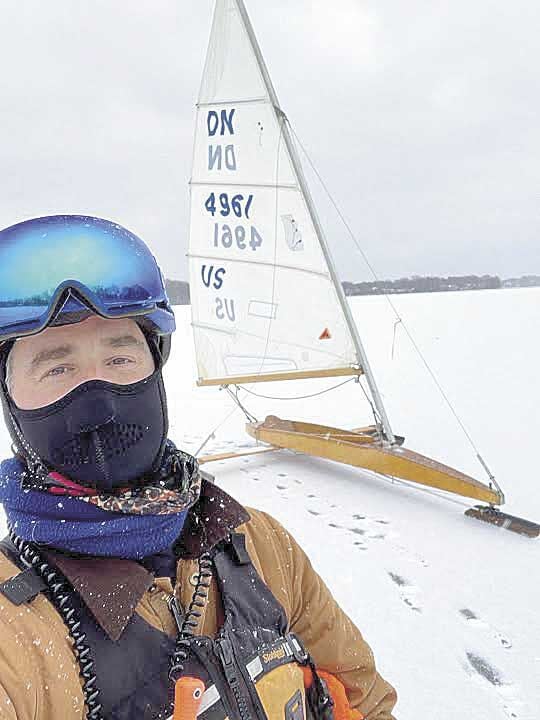 Brett Smith took a selfie with his ice boat. 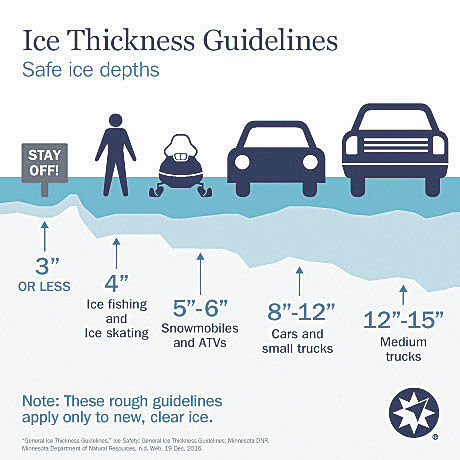 Brett Smith pulls his boat out of the water on Bald Eagle Lake in his friend’s canoe.

Brett Smith took a selfie with his ice boat.

A longtime ice boating enthusiast plunged through the ice on Bald Eagle Lake on Sunday.

Brett Smith was able to escape his predicament quickly with the help of good equipment, training and assistance from two companions.

“Went for a swim today,” he quipped on social media, in reporting the event.

The 58-year-old resident of Bald Eagle Lake is offering a list of safety tips for anyone entering the ice.

Smith said he’s been ice boating for 20 years and never had this mishap before but knows about 30 guys who sail and “most have gone in once.” About his own experience, he said:

“Three of us were out testing the ice and exploring the lake. We drilled holes in several spots to see how thick it is.”

They were on the north end of the lake. In bright sun, with no snow, the ice was a clear, polished sheen. Smith didn’t see a pressure ridge, which pushes the ice down and leaves open water.

“I went straight into open ice,” he said. “Mike Bradley and Bill Reed were sailing right behind as I went in at about 40 mph.”

Due to thick clothing, including a float coat, he did not feel severe cold from the water. Having watched a safety video on You Tube with fellow ice boaters multiple times, he and his companions knew what to do.

“First, stay calm. Then, swim to the edge of the ice. Take two deep breaths.”

He pulled out the ice picks he carries and stabbed them into the ice and pulled himself out.

“So thankful to have good equipment including a float coat, ice picks and throw line,” he said. “With the float coat and ice picks, I was able to get out of the water and on my own fairly quickly.”

Bradley let him take his boat to go home, warm up and change clothes. Hypothermia had started to set in, but a warm shower took care of it. After texting the others, he returned to the scene and the three of them pulled the boat out of the water. Reed had his canoe and rescue rig ready to go on his trailer.

“So nice to have good friends that spent the rest of the day helping me get the boat out of the water and back again sailing,” said Smith.

Unfazed by the incident, he has continued to sail every day. But he added, “The public needs to understand the danger of this circumstance and respect how little time one has in the water before hypothermia takes away one’s ability to get themselves out.”

He made this list of safety tips for anyone on the ice, whether they are skating for fun, playing hockey, ice fishing or ice boating:

• Wear ice picks to pull yourself out in the event of falling through.

• Wear floatation. A float coat is preferred, but a life jacket works.

• Check ice depth throughout the area of usage for at least 4 inches, following safety guidelines for ice depth and weight. See the DNR chart below.

• Look for pressure ridges or surface variation that can be a clue to unstable ice. This should be done each time you go on the ice, as wind and temperature changes can create openings that were not there the previous day.

• Make sure you have good visibility. Going out at night, in fog or in heavy snow makes it hard for you to see unstable ice and for others to help you.

• Communicate your intentions to others with details of where you are going and when you’ll be back.

• Go on the ice with other people. This is safer and more fun.

• Carrying a throw line is helpful to rescue someone else or throw to someone to help you out of the water.

• Carry a cell phone. This can be a life saver in a crisis.

• Watch the YouTube safety video on what to do when breaking through so that you are prepared when suddenly in the water. It can be found at: youtube.com/watch?v=QKpAzvXSldA