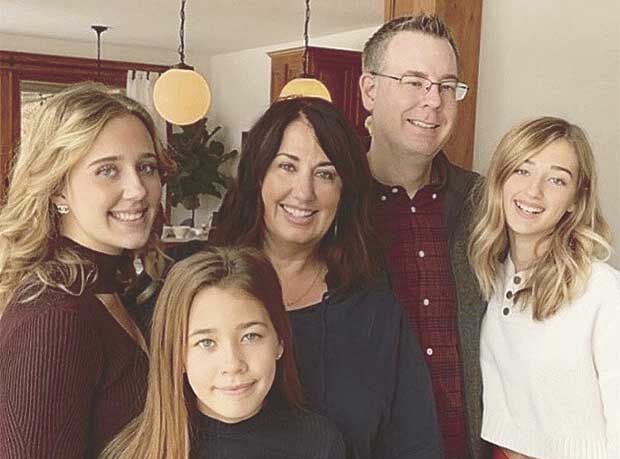 Mother Amy Grabow and daughter Abbey Grabow were both killed in a car crash May 25. Pictured from left; Abbey, Amy, Clint, and Stella, Vivian is in front. 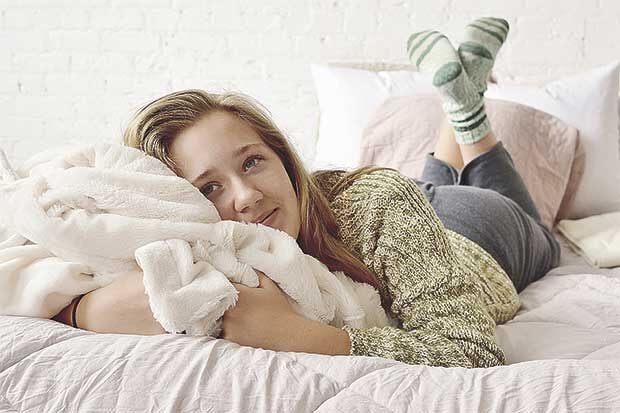 A photo of Abbey Grabow cuddling with a soft fuzzy ‘All the Feels’ blanket was featured in the Sept. 5, 2017 White Bear Press story about her mother’s company.

Mother Amy Grabow and daughter Abbey Grabow were both killed in a car crash May 25. Pictured from left; Abbey, Amy, Clint, and Stella, Vivian is in front.

A photo of Abbey Grabow cuddling with a soft fuzzy ‘All the Feels’ blanket was featured in the Sept. 5, 2017 White Bear Press story about her mother’s company.

What would Amy do? Those words came to mind as grieving friends of the Grabow family cope with the shock of losing both Amy and her daughter Abbey in a Memorial Day car accident.

Amy was a take-charge kind of person who always put others first, said one of her pals, Kelly Sellman. "There is no one like her," Sellman said. "She was nonjudgmental and made everyone feel special. Amy was one of the greatest human beings I've ever had the pleasure of knowing."

Sellman was part of a close trio of soccer moms that included Amy Grabow and Diane Barry. Their daughters all played on Mahtomedi High School’s soccer team and the camaraderie they shared formed a tight bond between daughters and mothers.

"Abbey was a rising star for Mahtomedi soccer," Barry noted. "It's a huge loss to the soccer community."

The Grabows were returning from their lake cabin on Highway 65 Monday, May 25, when the Jeep Gladiator driven by 16-year-old Abbey crossed the oncoming lanes of traffic, went into the ditch and struck a tree. Emergency personnel found Abbey and Amy, 51, dead at the scene. Three other family members sustained various levels of non-life-threatening injuries.

Vivian Grabow, 12, was airlifted to Hennepin County Medical Center where she remains in stable condition. Clint Grabow, 44, was hospitalized and released. The fifth member of the family, Stella, 14, was not injured. The family's two dogs also died in the accident. According to the State Patrol, all five victims were wearing seatbelts.

"We are heartbroken," Barry said. "Amy would be the one we would call to tell us what to do to comfort others who were grieving."

Both Barry and Sellman recalled how Amy stepped in to help the Seevers family cope with the unexpected death of their wife and mother, Shannon Seevers, last November. "Amy had such a calm, nurturing presence. She helped with Shannon's service by doing the video collage," Barry said. "She always reminded us how important it is to spend time with the people we love."

After news of the accident hit the Mahtomedi community, Abbey's friends found their way to Sellman's house, a common gathering place for the tight-knit girls. And if it wasn't Sellman's house, it was the Grabow's home in Grant.

"They laughed and cried together and are in shock together," Sellman said. "Both my girls just melted when their friends left around 10 p.m. They realized they will never see Abbey again."

At the girls' request, a pastor from St. Andrew's Lutheran church, of which the Grabows are members, was asked to come to Sellman's house to pray with them. The church is partnering with the Mahtomedi school district to provide support resources for students and their families who would like counseling.

Amy was featured in a 2017 Press story about her new nonprofit fashion line, All the Feels, that launched in Target Stores. Her brand is about giving goodness to others, she explained at the time. "The term embodies what this brand is about, which is spreading warmth and joy." Its first product was a soft fuzzy blanket. A picture of Abbey cuddling with the blanket was featured in the story.

It was long Grabow's mission to have a career, a loving family and involvement in community. Being well rounded was something her former employer, Target Corporation, preached to its employees. After 17 years at Target, Grabow wanted to do something that involved all three. “I’m a mom to three girls and I want to show them you can have it all,” she had said in the story.

It was a typical endeavor for the brilliant marketing consultant, say her friends. "Amy always wanted to give more," Sellman maintained. "She was so special. Abbey was too. They touched so many people."

No one knows what happened in the accident, Sellman said. The State Patrol is investigating.  "All we know is everyone's life is forever changed," she lamented. "Two little girls lost their loving mother and sister, and Clint lost his best friend and oldest daughter. You can never make sense of that."

Barry thought Amy's father summed up his late daughter best: "She liked pretty things. She always saw the beauty in everything."