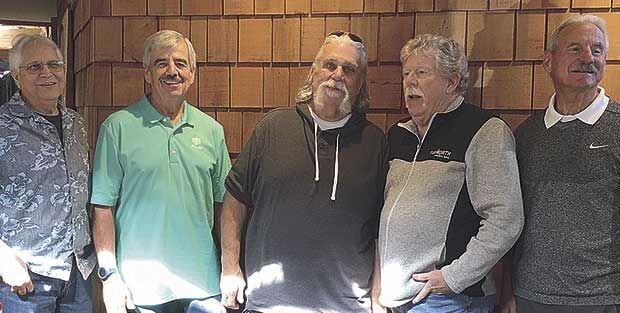 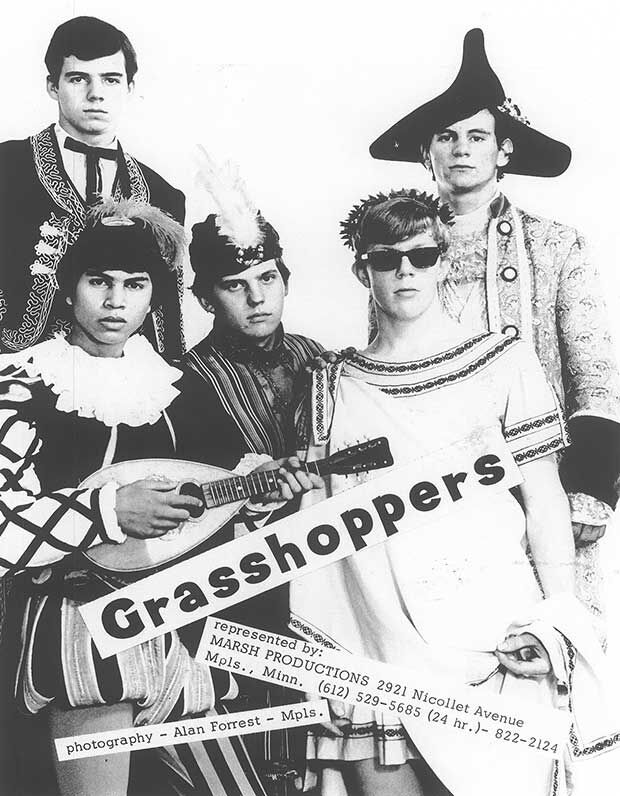 The group rented costumes for this promotional photo taken in 1968. 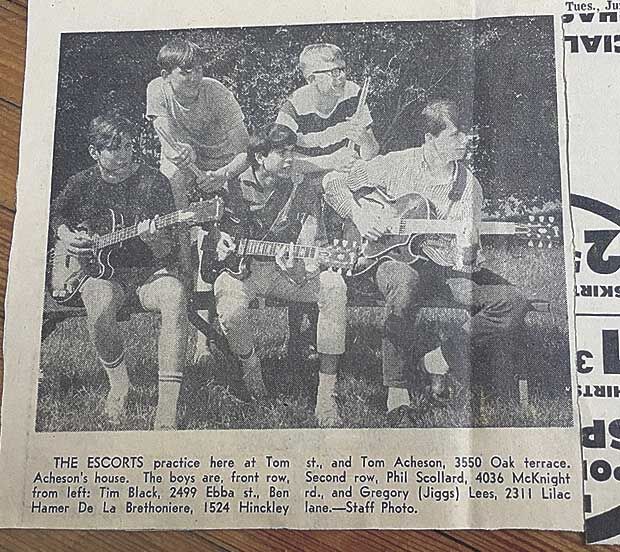 The group rented costumes for this promotional photo taken in 1968.

No, the band isn’t back together, but members of The Grasshoppers did gather for a reunion last month in White Bear Lake. Some are retired, one has moved out of state, and some are still rocking.

All happily reminisced about the late ‘60s and their musical time together.

"It was an opportunity to learn about each other’s lives and experiences over the past 52 years," said Acheson, who told the Press about the get-together. "Reflecting back, we all agreed those were interesting experiences and our time together musically was gratifying and rewarding."

The band formed in 1965 as The Escorts, according to Acheson. In 1966, they became associated with Marsh Productions, a local talent booking agency. Owner Marshall Edelstein suggested they change their name to The Grasshoppers. "It was thought at the time, since the Beatles were so successful, to stick with a bug theme," he recalled.

"There was no GPS or Google Maps back then, so finding and navigating to many of these venues was often a challenge," Acheson said.

He remembers opening for The Young Rascals at the Minneapolis Armory in September 1968, then racing across town to appear at The Prison in Burnsville.

One claim to fame is when The Grasshoppers became "backup orchestra" to national recording artists Peaches and Herb. The local lads helped perform the hit song "Let’s Fall in Love" at the Prom Ballroom April 5, 1967. In November of that year, they recorded their own hit, "Sugar and Spice," which played on local radio stations.

The band split up after its last gig at Augsburg College March 1969. "Everyone found themselves involved in other musical groups and settings over the ensuing years," Acheson said. He’s the only member not still active musically. Lees sings in a group called British Invasion, and Hamar, Scollard and Black play occasionally with other musicians. All live locally except Hamar, who moved to Florida.

Even the group’s official seamstress Gloria Bennett attended the reunion. "The most-heard expression in this all-too-brief event was, ‘Do you remember when?’" Acheson shared. "Some of the recounted stories were really great to hear."

Today, Lees works at a technology company. He’s been continuously involved in the Twin Cities music scene his entire adult life. Acheson was a draftsman in various industries and Hamar worked in electronics, cabinet design and manufacturing while staying involved with music. Today, he is pastoring at his church in the Tampa Bay area, spreading the Word using music. Black is a real estate appraiser who also remains active in the Twin Cities music scene. Scollard spent time in property management with a focus on gardening.