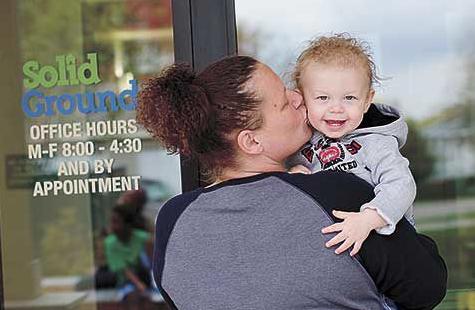 Solid Ground clients have all experienced homelessness or been at imminent risk of homelessness. They often have young children. 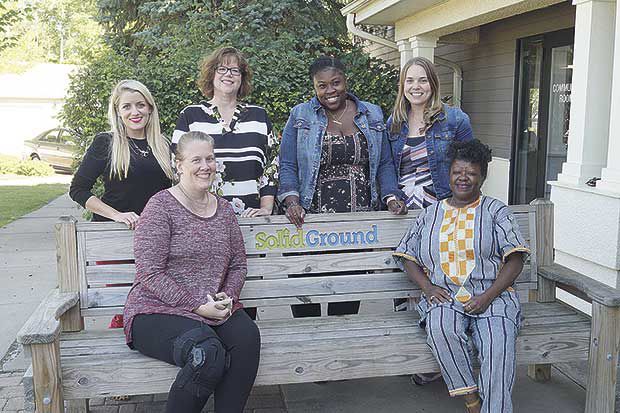 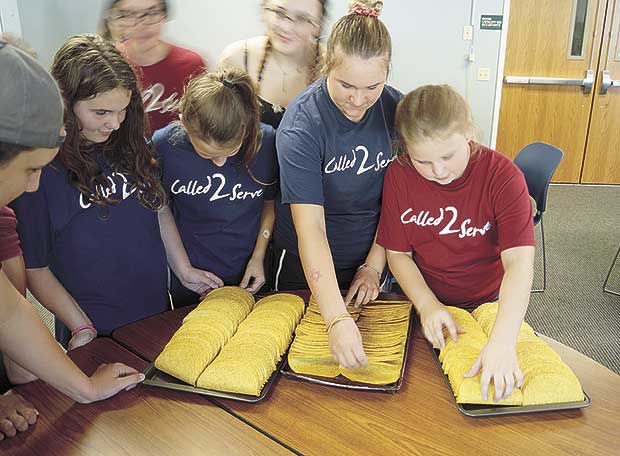 Volunteers are an important part of the organization. Youth from a church in Richfield prepare to serve a recent community meal of tacos. 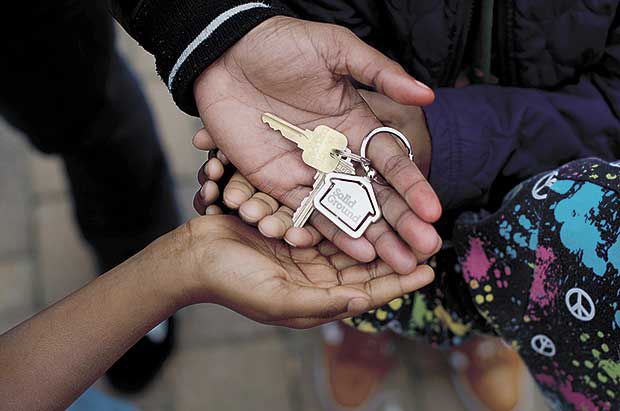 Solid Ground clients have all experienced homelessness or been at imminent risk of homelessness. They often have young children.

Volunteers are an important part of the organization. Youth from a church in Richfield prepare to serve a recent community meal of tacos.

There are about 37,000 rental units in the Twin Cities that are considered affordable to very low-income families, but 109,000 families who need them.

Solid Ground, a supportive housing agency based in White Bear Lake, aims to decrease that gap. It works with homeless families referred to them in Washington and Ramsey counties. “All the families we serve have experienced homelessness or were at imminent risk,” said Trisha Cummins Kauffman, the organization’s executive director. Many, but not all, have experienced domestic violence.

The nonprofit organization has two transitional housing sites — one near Century Avenue in White Bear Lake and another in Maplewood specifically for veteran families. It also has scattered-site transitional housing in Washington and Ramsey counties. Solid Ground provides a portion of the rent. It works with landlords across the area and tries to place families near where they were previously living so the children’s education is not disrupted.

In 2018, Solid Ground housed 82 families (107 adults and 190 children) through its five programs, according to its annual report. In White Bear Lake at East Metro Place, it has 20 transitional housing units (for up to two years) and 14 permanent units, Kauffman said. All residents have leases; rent is 30 percent of income and the rest is subsidized through Section 8. Still, Solid Ground wishes it could do more. In Washington County, there is a yearlong waiting list for a housing provider such as Solid Ground. The agency’s biggest challenge is finding developers or landlords that are willing to work with low-income families.

Still, the nonprofit has received great support from the community. Solid Ground receives about one-third of its funding from the government, one-third from grants and one-third from donations, which is unusual for a supportive housing organization. Many similar organizations receive 70 to 90 percent of funding from the government, Kauffman noted. Due to the variety of funding sources, Solid Ground can spend money on heartfelt care and programs to help get clients back on their feet. Volunteers also contribute to the cause. Every resident is given a welcome basket when they arrive and can pick items from the donation room for their apartment. Residents pick out furniture from Bridging, a furniture bank in Roseville for those in need.

Residents work with a case manager who helps them work towards their goals for stability during their stay. Residents receive resources to work on parenting skills and attain education and career goals. Dialectical behavioral therapy is offered because many clients have been through trauma. Volunteers tutor children after school or serve community meals. Children are given birthday party baskets, bikes and pack packs for school. At Christmas, a Santa Workshop offers parents the opportunity to shop for free children's toys.

“I think that is something that is amazing and unique to us as an organization,” said Lizzie Rainville, director of development and communications.

Solid Ground celebrates 30 years this fall with an Oct. 11 gala. Kauffman has been working at Solid Ground for 22 years, a large part of its history. She oversaw the name change from the East Metro Women's Council to Solid Ground in 2013. She previously worked at a domestic violence shelter in Ohio.

She recalls success stories of clients over the years. One of the first clients to move into the permanent housing in White Bear Lake struggled with addiction. She overcame that and furthered her education. “She became a role model in this community,” Kauffman remembered. After three years, the client moved to a semirural area in Minnesota. Years later, she and her son came back to visit. Her son was now a senior in high school and captain of the football team. He remembered fondly his tutor from his time at Solid Ground.

“It was just really powerful to me to know the struggles they had when they first came, and to see the progress in them was pretty awesome,” Kauffman said.

Another client in the scattered site program had fled from domestic violence. Through her time with Solid Ground, she was able to attain a leadership position at work and work through grief. She was eventually able to get an apartment and launch off on her own. “Your time with us is a time to rebuild. … then move forward, onward and upward,” Kauffman noted.

Tickets: $85 at solidgroundmn.org/bring-it-home. RSVP by Sept. 27