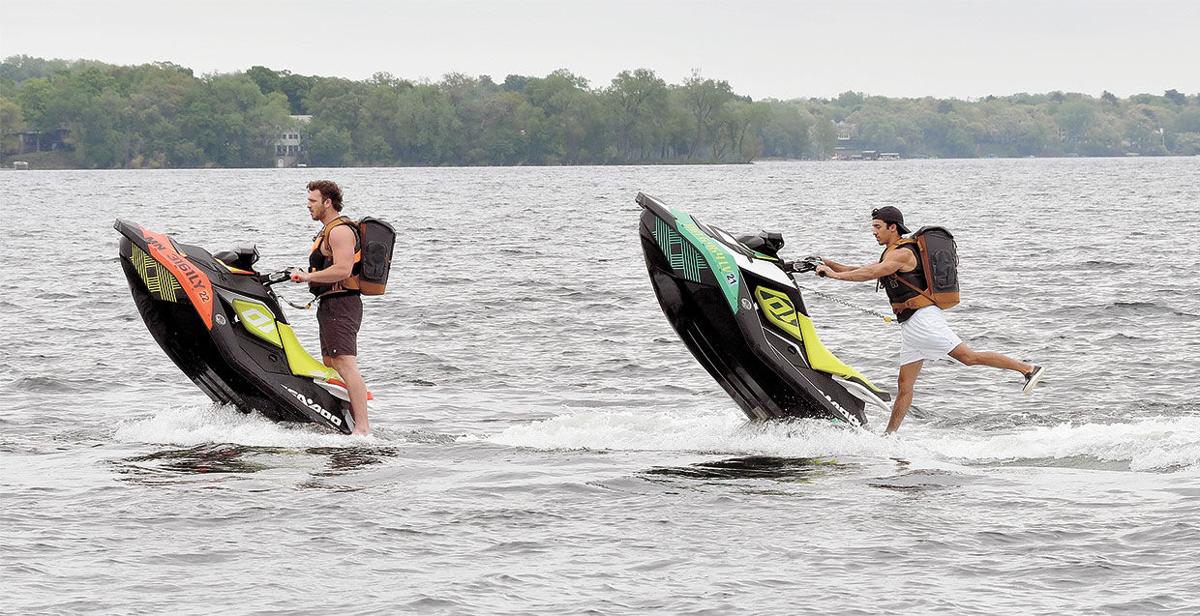 Graham DeVore and Dylan Dierking cruise on White Bear Lake with the specialized backpacks they use to carry orders for their new on-the-water delivery service named “Foodski.” 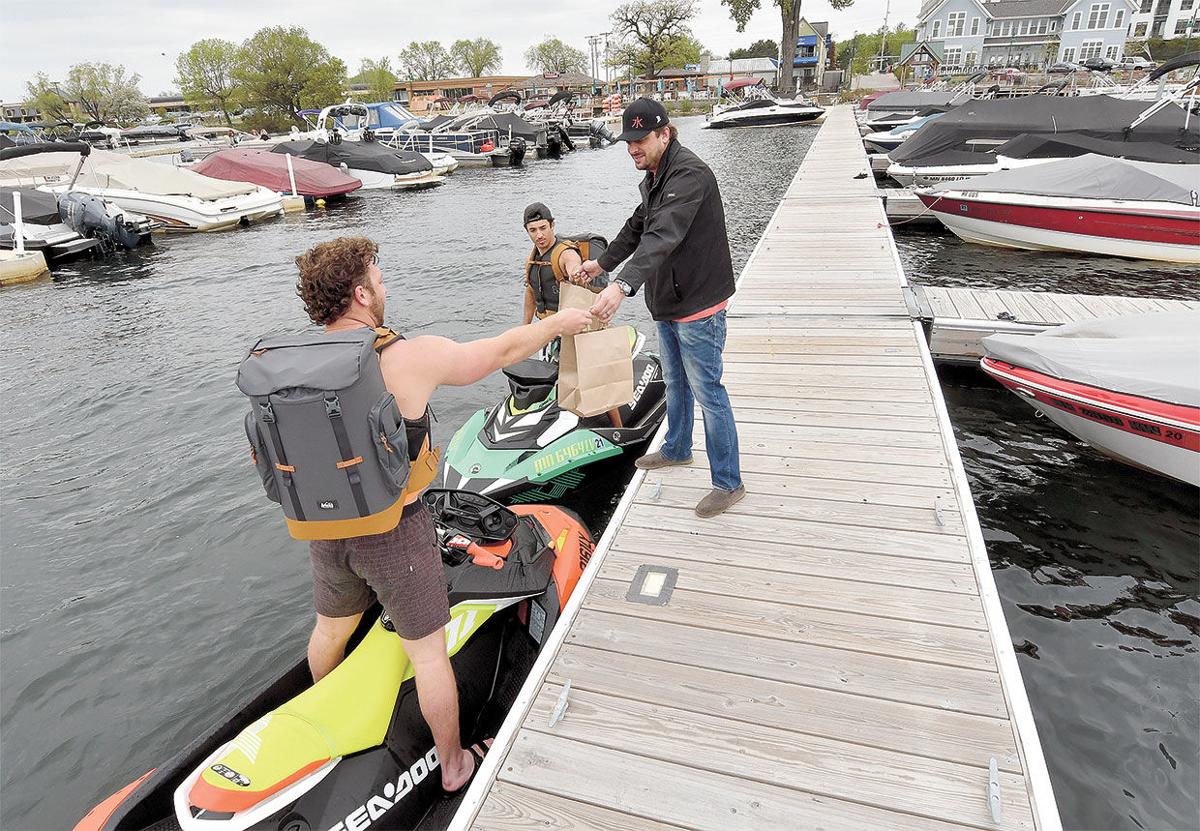 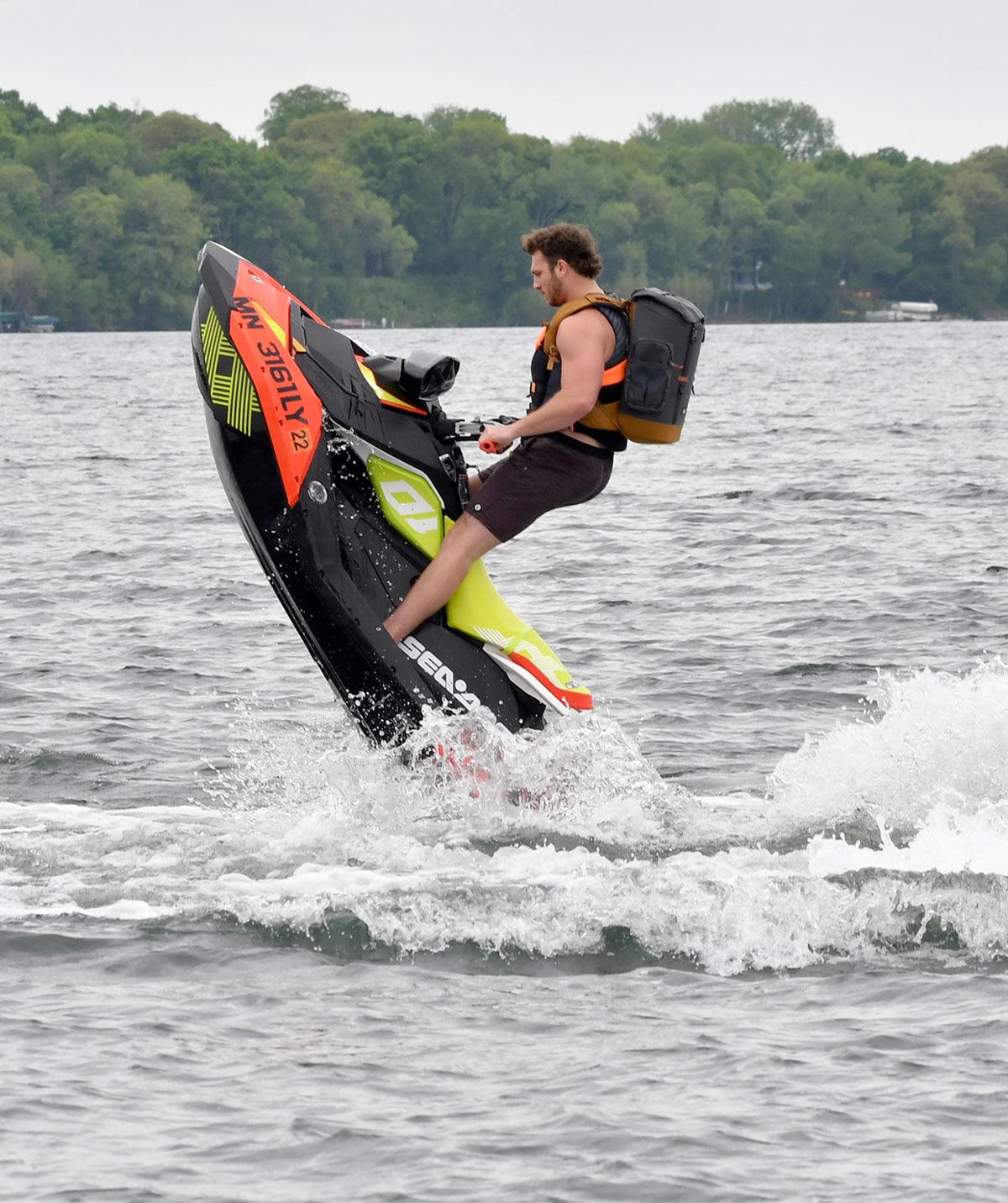 Graham DeVore and Dylan Dierking cruise on White Bear Lake with the specialized backpacks they use to carry orders for their new on-the-water delivery service named “Foodski.”

A creative kind of take-out is now available on White Bear Lake. Two entrepreneurial college guys dreamed it up while sitting on a Lake Avenue dock.

“We were eating some take-out that we picked up with jet skis,” recalled Dylan Dierking, whose parents live on the lake. “My best friend, Graham DeVore, said ‘wouldn’t it be cool to deliver food with jet skis?’” The idea took wings and the two are now business partners in a venture called Foodski. Their motto: “You Buy — We Fly.”

They teamed up with three Commercial Bay restaurants, Acqua, Mizu and Admiral D’s, to offer the on-the-water delivery service to boaters and dock owners. Here’s how it works: When placing an order with one of the restaurants, tell them you want it delivered by Foodski or put Foodski in the comment section when ordering online. Text your name and the restaurant name to 612-440-9991, then wait for Foodski to call for your location on the water. They pick up the food and pack it in special insulated backpacks for delivery.

The fee is 25% of the order or a minimum of $10. The service is available from 1 p.m. to 1.5 hours before sunset Thursday through Sunday.

The two business partners are longtime friends and 2017 Mahtomedi grads. Dierking is studying entrepreneurship at St. Thomas University and DeVore is a marketing major who plays football at the University of North Dakota. Creating a business plan and getting the necessary permit from the White Bear Lake Conservation District have all been learning experiences for the duo, who are also getting a crash course in insurance needs.

There have been a few more surprises, such as the impact of weather. “We are learning that our volume on orders is weather dependent, especially on windy days,” Dierking said. “But the service is going well so far. Boaters are calling us over and asking if we’re Foodski.”

Besides the occasional hiccup here and there, it’s been a “cool, informative process,” he added. They’re covering expenses like gas and insurance but then, overhead is low. They formed an LLC, paid for a website domain, the backpacks and hats with their logo. “That’s all we have to pay off,” Dierking noted.

Future aspirations are to expand to popular lakes like Minnetonka and bring on a few employees. They’ve already had inquiries from people asking for jobs. “That’s something we weren’t expecting,” Dierking said. “It’s cool to see that people are confident in the idea and would want to work for us. But then, who wouldn’t want to ride around on a jet ski delivering food and making money?”

More details can be found at foodskimn.com.