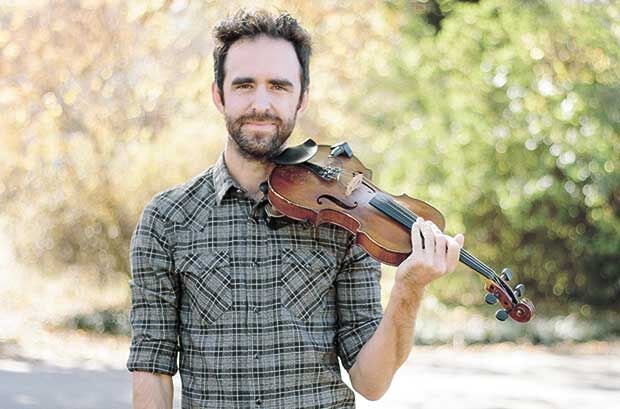 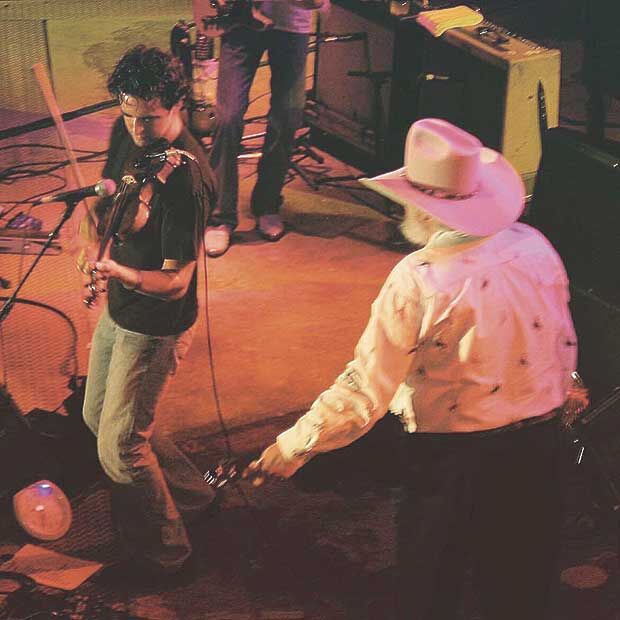 This 2004 photo shows Dan Hochhalter playing “The Devil Went Down to Georgia” on stage with the legendary Charlie Daniels at a Morristown, Ohio, concert.

This 2004 photo shows Dan Hochhalter playing “The Devil Went Down to Georgia” on stage with the legendary Charlie Daniels at a Morristown, Ohio, concert.

A fiddler with White Bear roots put on a bow-shredding performance in a tribute to Charlie Daniels live at the Country Music Association (CMA) Awards. His aggressive playing was a nod to the legendary fiddler, said Dan Hochhalter, a White Bear grad who started playing violin at age 3.

Daniels, who died in July at age 83, typically shredded horsehair off his bows during his performances, especially when he played his signature “When the Devil Went Down to Georgia,” noted Hochhalter.

Country music’s biggest night opened Nov. 11 with a star-studded tribute to Daniels in a medley featuring Dierks Bentley, Jason Aldean, Ashley McBryde and Brothers Osborne. The fiddle player was supposed to be Jenee Fleenor, CMA’s 2019 Musician of the Year. Unfortunately for her, she had to bow out after testing positive for COVID-19 two days before the show, which was live on network television.

That’s when Hochhalter’s phone rang asking him to take her place. Would he play the fiddle solos of “Devil” alongside Aldean? In his Twitter feed, the seasoned fiddler said his first reaction was “heartbreak for Jenee, a friend and total badass,” followed by “full-on panic. I don’t normally get too nervous, but I’m not normally asked to honor the most famous fiddle player to ever live, either.”

Coincidentally, the live performance of Daniels’ “Devil” was a repeat of one he did 22 years ago in the high school talent show.

“The band was thrown together last-minute and we barely had a chance to rehearse,” he shared on Twitter. They won the $100 prize.

“Every fiddler plays ‘When the Devil Went Down to Georgia,’” Hochhalter pointed out. “It’s the quintessential fiddle song in American popular music, period.” He admitted he hadn’t played the song in years before the phone call, so he immediately started practicing “to get the rust off my fingers.”

Hochhalter’s solo was “widely celebrated,” noted an article in the Nashville Tennessean newspaper. People on social media raved about the unnamed fiddle player after the CMA awards show, it said.

In a phone interview last week, Hochhalter was asked how it feels to be the talk of the town? “It’s been a fun couple of days,” he said from the Nashville home he shares with wife Crystal and their young daughter.

The class of 2000 grad has played with the Dierks Bentley band the last 10 years and can be heard playing fiddle and banjo on their latest release, “Riser.” His bio notes a career that has taken him from local county fairgrounds all the way to the stage of the Grammys. It also notes that Hochhalter moved to Nashville at age 20 to enroll in college and immerse himself in the city’s music scene. Shortly after arriving, he landed a gig with Lonestar and “has performed on countless stages around the world” ever since.

It was while touring with Lonestar that he met Daniels at an Ohio music festival in 2004. Hochhalter shared the story of his “surreal” experience on his Twitter account, @fiddlinDan.

“Lonestar’s bass player was friends with one of Charlie’s guitar players and they helped pull a few strings,” Hochhalter recalled. “I got word that Charlie had invited me onto his bus. He didn’t know me from Adam, but he graciously signed my fiddle and shook my hand.” That’s when Daniels asked Hochhalter if he knew any of his songs. “Um, yeah. All of them,” he replied. “Daniels invited me on stage to play ‘Devil’ with him. That still blows my mind. He had never heard me play.”

Hochhalter has appeared in the Press before. In 2001 and a freshman in college, he was diagnosed with leukemia. “Everything was put on hold,” he said. “I was fortunate to come out the other side.” His illness made the young musician realize his dream wasn’t out of reach and he moved to Nashville.

His parents, Glen and Liz Hochhalter, still live in the same house Dan grew up in near Birch Lake Elementary. His older sister, Jessica Hochhalter-Bernier, lives in Birchwood, and a younger sister, Katie, also relocated to Nashville.

He described White Bear Lake “as a great place to be from,” noting he still keeps in touch with high school friends. Jessica, director of operations for Realty Group LLC, said the family’s not surprised by her brother’s success in the music business. “He has always shown tremendous talent, which has been equaled by his humility and kindness,” she observed. “He has shared the stage with the ‘greats’ in country music, as well as artists of other genres, while keeping his head on his shoulders and his feet on the ground. We’re extremely proud of his achievements, as well as the amazing human he has become.”

Hochhalter thanked CMA and others for trusting him “with such a tall order” on his Twitter feed. Although he’s more used to “being a silhouette in the background,” the fiddler said, “playing the solo was an honor and a pretty incredible experience.”

You can watch the Charlie Daniels tribute on YouTube: youtube.com/watch?v=HEdWZm8NVGI