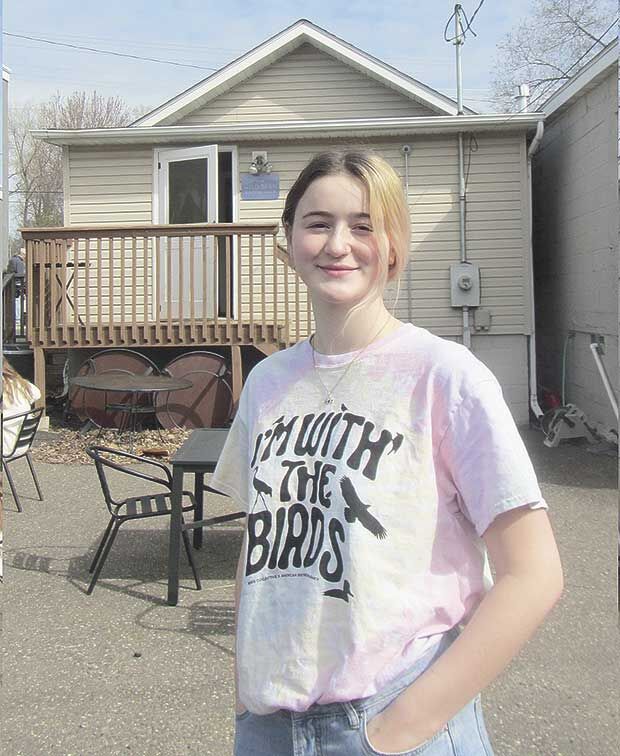 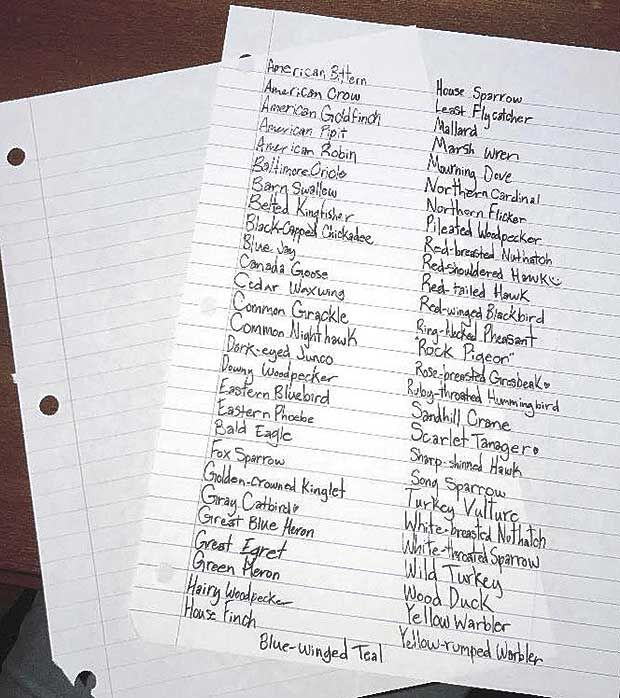 Ouellette keeps a list of birds she has in the Mahtomedi area.

Ouellette keeps a list of birds she has in the Mahtomedi area.

They had her at the head tilt.

Mahtomedi High School student Josie Ouellette didn't have a resplendent quetzal or a snowy owl on her life list app at press time, but she probably will before too long.

You may have seen her picking up garbage around town. A lover of the outdoors, Ouellette will walk around town picking up litter just to be outside. Since falling in love with birds a little more than a year ago, she now keeps one eye on the litter and the other on the lookout for any bird at all. It doesn't need to be a bird she hasn't seen before, either. “It's an awesome activity,” she said, referring to both picking up garbage and picking up birds.

“I've always liked the outdoors and animals my whole life but really got into it during COVID because it was something I had a lot of time for,” she said. While outdoors, she realized, “There are birds out here!” she said.

Ouellette wasn't a complete stranger to birds before the flu bug and the bird bug hit. For the past six years, she has had a lovebird, “Jude,” for a pet. Two years ago, she acquired a cockatiel, “Harvey,” as her second indoor bird. “He's such a dork,” she noted.

Even before she started paying rapt attention to the birds outdoors, Ouellette fed them as well as her indoor birds. “But not in a way that tries to attract one particular bird,” she said. “The birds are curious about everything — they'll still come and check out things they don't normally eat.” For example, when she put out orange slices, the cardinals came over to try check them out, even though that's not part of their diet, she said.

In fact, the natural curiosity that birds have is one of the main reasons Ouellette enjoys birding. “You can watch them think as they cock their heads,” she said. “I love the way they tilt their heads. And I like the way they run.”

Known as the Swamp Dweller in her Neighborhood posts, Ouellette stakes out the swamp outside her Mahtomedi home to keep an eye on a Canada goose nest. “The wood duck back there is also very handsome,” she added.

While on lookout in her swamp last spring, Ouellette saw her first rose-breasted grosbeak. At the time, she was with her boyfriend. She exclaimed, “Look what I saw!!”

“A rose-breasted grosbeak!” she said.

“I hate you!” he replied, bird-envy on full display.

What other birds has Ouellette seen lately around the White Bear Lake area?

“Last year, I found an oriole nest hanging outside my window under some leaves,” she said. She also saw a kingfisher in her back yard for the first time. “I saw a bittern, too — that was exciting to see!” She saw a sandhill crane overhead on Wildwood Road the other day and also in the fields beside the Gateway Trail. While in Rotary Nature Preserve on White Bear Parkway, she saw a golden crowned kinglet.

Ouellette doesn't stop birding when she leaves Mahtomedi. Last summer, she was visiting her boyfriend's grandfather when she saw a scarlet tanager on a power wire. “This is very encouraging, because it was in the middle of Roseville,” she says.

Maybe the seeds of Ouellette's birdwatching were planted several years ago when she was in Oregon. “It was definitely a change of bird pace,” she said. “I was bird-conscious then, and saw Stellar's jays, killdeers, sandpipers and American dippers.” The dippers are the single bird of their class, she said. “It digs in the river — it's pretty funny.”

As the bird life list on her phone grows, she still has a chickadee check-off list of birds she hopes to see one day. Topping that list is the osprey.

Now that her life list is off to a flying start, Ouellette can expect to make many additions to it once she starts her studies next fall, most likely at the University of Minnesota, to pursue a degree in field biology. “Most of those jobs are out West, but I'm not opposed to going there,” she said.

In the meantime, Ouellette keeps an eye on her favorite birds in Mahtomedi: chickadees, cardinals, red-tailed hawks and dark-eyed juncos. “I'm so sad the juncos are going away for the summer,” she said. Right now, we should start to see our overwintering gold finches turn gold. “It's one of the best signs of real spring,” she noted.

And in case you missed the annual announcement, one sure sign of spring for Ouellette is that she can no longer “watch the bald eagles hanging out on White Bear Lake due to the ice having melted.”