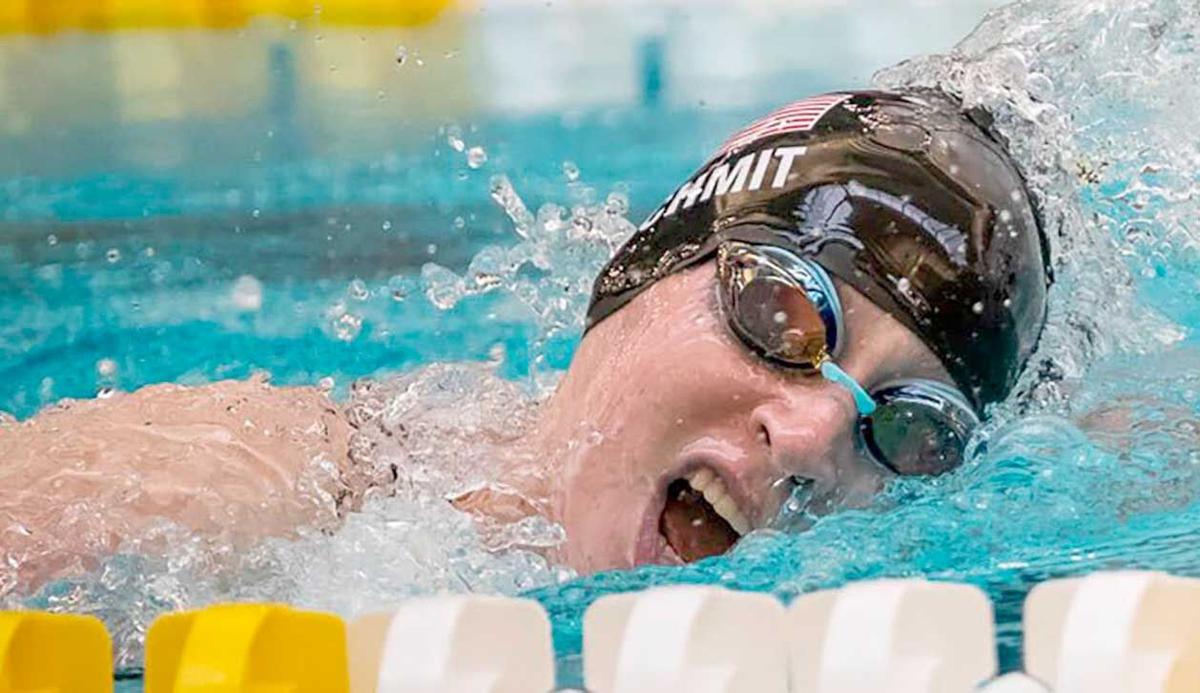 Summer Schmit, in action at the Paralympic trials at the U or M. 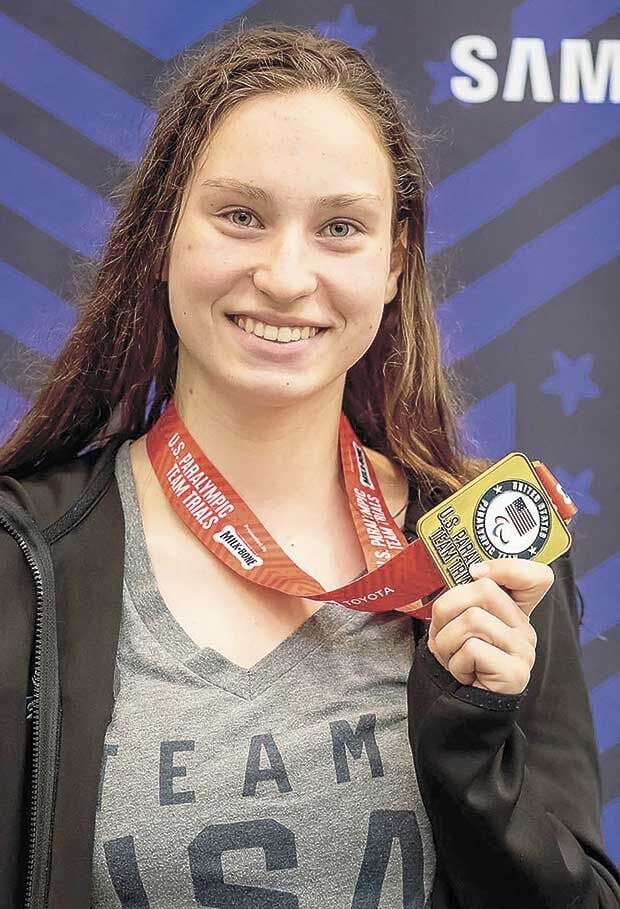 Summer Schmit qualified for the Tokyo Paralympics with her performances in the U.S. trials at the University of Minnesota June 17-20.

Born without a right hand, Summer Schmit took up swimming as a Paralympic sport when she was 11. Within a year, she set a lofty goal for herself.

The 17-year-old from Grant achieved that ambition June 20 when she was one of 34 swimmers named to the Team USA squad for the Tokyo Paralympic Games.

“Making the Paralympic team has been my top goal for the last five years,” said Schmit. “It will be the top achievement of my swimming career.”

Schmit, who made the team in trials June 17-20 at the University of Minnesota, is slated to swim five events in Tokyo between Aug. 25 and Sept. 2.

Schmit has a congenital disarticulation of the right wrist and, consequently, no right hand.

“Since I don’t have a second hand, I rely on my legs more because I need a stronger kick to propel me forward,” she said. “I also use my left arm to help me swim straight and get a strong pull.”

Schmit is a member of St. Croix Swim Club, coached by Olga Espinosa.

The daughter of Thomas Schmit and Shannon Klint, Schmit has been home-schooled since elementary school and is currently a full-time PSEO student at Century College.

Schmit also tried gymnastics and soccer as a child, but swimming won out.

“I love that in swimming you get results based on how hard you work every day in practice,” she said. “I have the potential to set high goals.”

In the 2019 Para Swimming World Series in Indianapolis, she placed first in the 200 IM, second in 400 freestyle and butterfly, and fourth in 100 breaststroke and 100 freestyle.

She explains the tentative plan for Tokyo is to leave the U.S. on Aug. 14, attend a team camp at an Air Force base in Japan, and move to the Athlete Village a few days before competition starts Aug. 20. She’ll swim the 400 on Aug. 25, the breaststroke on Aug. 26, 100 freestyle Aug. 31, individual medley Sept. 1 and butterfly Sept. 2.