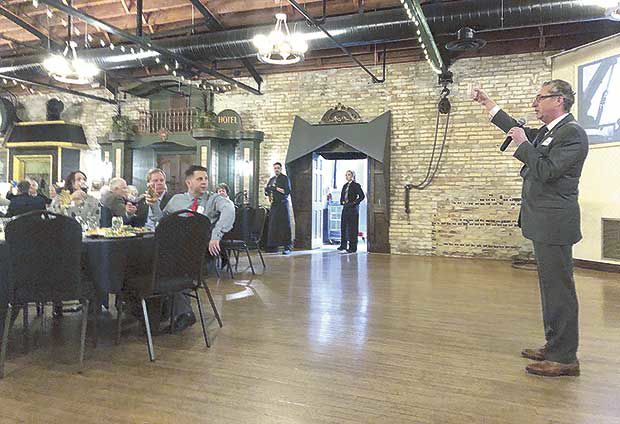 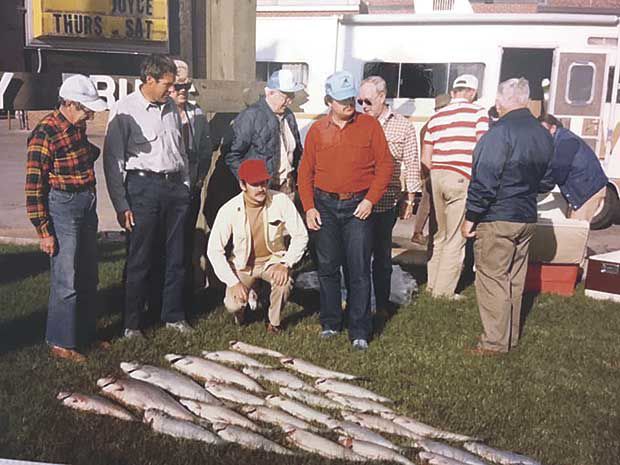 In earlier years, members drove RVs to Lake Michigan on an annual fishing trip. Opportunities for socializing are many, with pontoon picnics on White Bear, an annual ski trip — even curling. 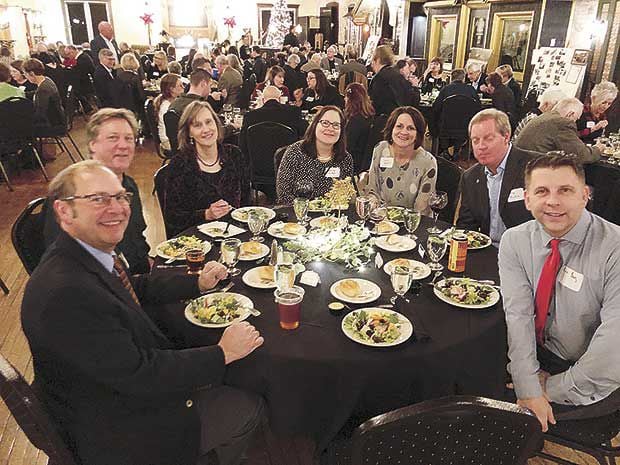 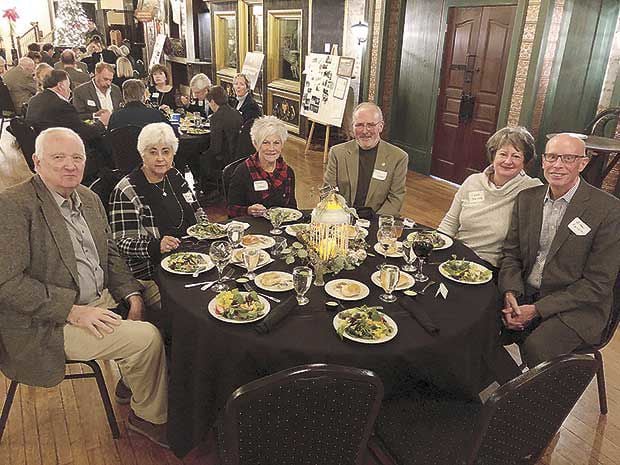 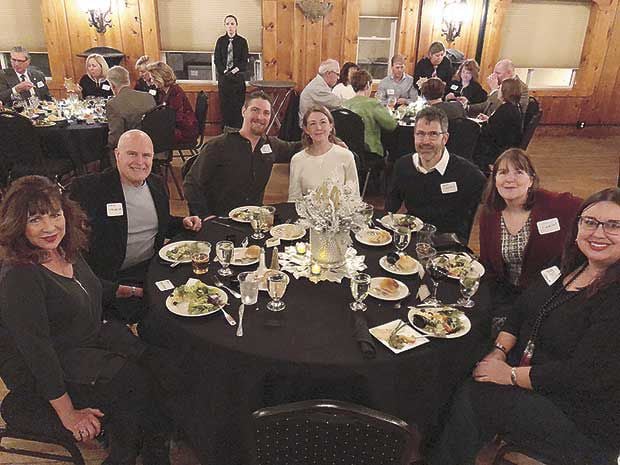 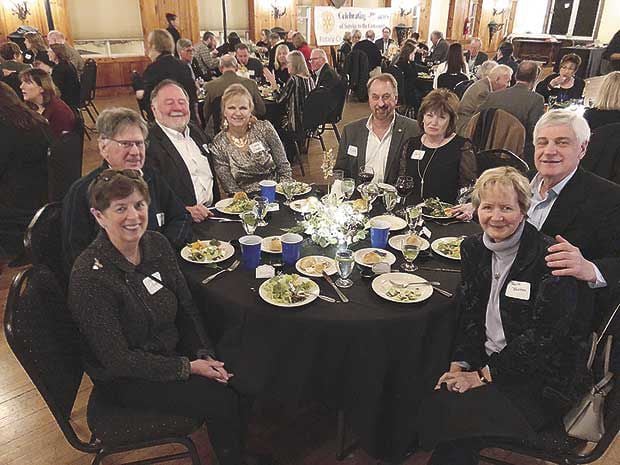 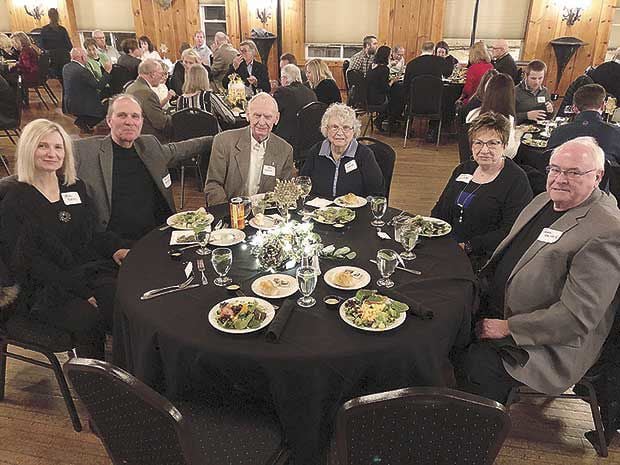 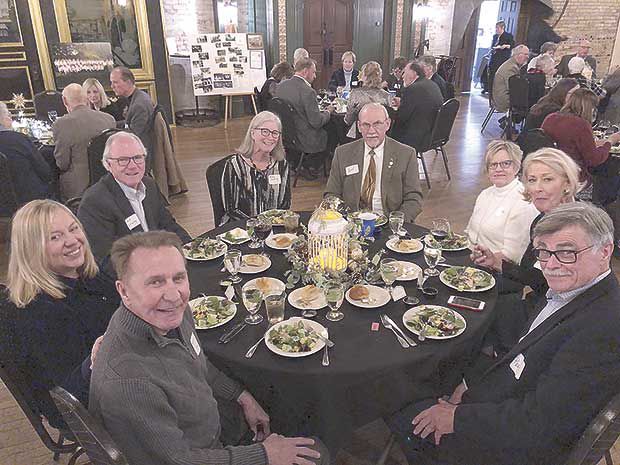 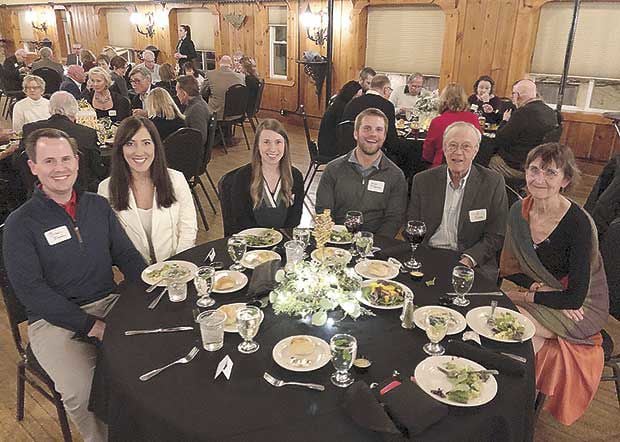 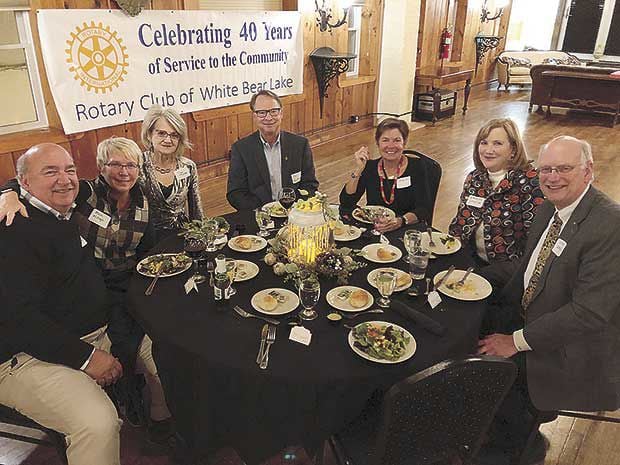 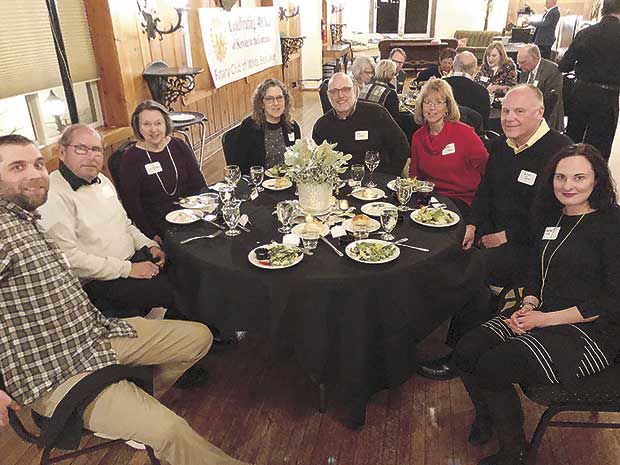 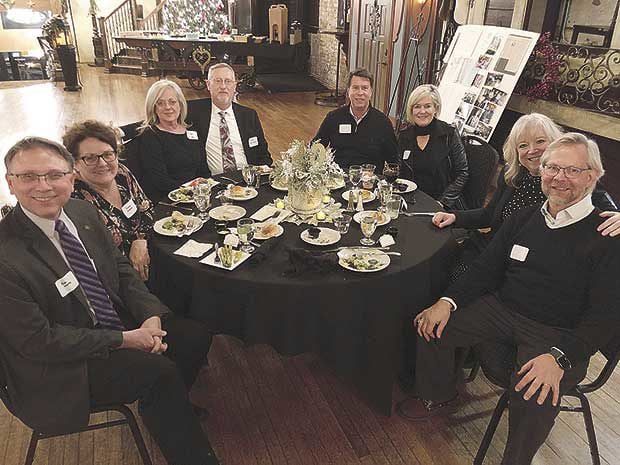 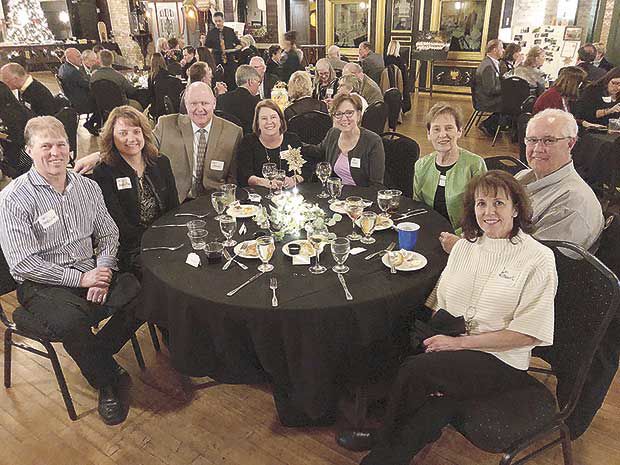 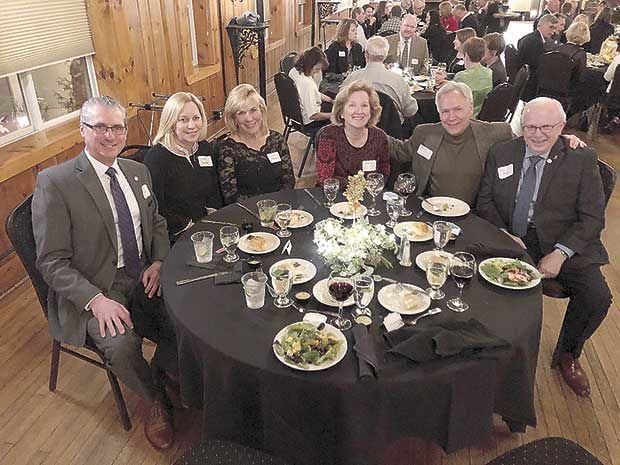 In earlier years, members drove RVs to Lake Michigan on an annual fishing trip. Opportunities for socializing are many, with pontoon picnics on White Bear, an annual ski trip — even curling.

Evidence of Rotarians' good works are everywhere in the community. Many projects are done behind the scenes; some are more obvious.

Not one to toot its own horn, the White Bear Lake Rotary Club deserves recognition in this, its 40th anniversary year. The club's accomplishments are many.

One gem of a project is the Rotary Park Nature Preserve.

Longtime Rotarian Ken Baltzer remembers shingling the picnic shelter roof late into the night back in 2000. He joked that he's still waiting for a steak dinner promised volunteers by then Rotary president Tim Geck. The club donated not only labor for the park, but paid $87,000 for materials to build a restroom, picnic pavilion and, later, the boardwalk through the preserve.

Then there's the monument and sidewalk project at Clark and Lake Avenues for which Rotary contributed $50,000. Its members raised the money from the annual Manitou Days beach dance. The club donated another $50,000 for the Lakeshore Players Theatre box office, also using money from beach dance profits.

Other good works include the club's annual Bear'ly Open, coming up Feb. 1, with proceeds going to the food shelf; STRIVE scholarships to area students; September's Taste of White Bear; blood drives, senior picnics and other beautification projects. The restored caboose next to the downtown depot? Rotarians painstakingly took on the project, following railroad museum guidelines to make it authentic — right down to Great Northern's blood-red paint color. The restoration took all summer back in 2000. And the American flags that suddenly pop up during patriotic holidays? Club members were out at dawn to hang them.

Baltzer joined Rotary 32 years ago and he's watched the organization grow, both in numbers and diversity. "We have more women now and younger people joining the club," he said. "Membership is about 96, an all-time high, which means we've been able to take on more projects."

Every Wednesday morning, Baltzer leads the club in song. The former professional musician was the drummer for the Swinging Ambassadors, a group that toured the Midwest and was the house band at Diamond Jim's in Lilydale. He's also in the Minnesota Music Hall of Fame.

Members are a diverse group of business and professional people who bring many talents to the club.

The main objective of Rotary is service — in the community, in the workplace, and throughout the world.

Rotarians develop community service projects that address many of today's most critical issues, such as children at risk, poverty and hunger, the environment, illiteracy and violence. They also support programs for youth; educational opportunities and international exchanges for students, teachers and other professionals; and vocational and career development.

Although Rotary clubs develop autonomous service programs, all Rotarians worldwide are united in a campaign for the global eradication of polio. The White Bear club also endeavors to provide clean drinking water worldwide.

"Members can participate locally, nationally and internationally," pointed out Ken Galloway, a 22-year member of Rotary, and longtime chair of the Bear'ly Open. He still receives greeting cards from youth exchange students he hosted in his home through Rotary.

"Through the years, I've seen a shift in the amount of things the group does," Galloway noted. "We have a large and active club. It's a viral reach. I often think about what the community would be like if Rotary didn't do these things. A lot of people recognize White Bear Lake as a great community because of strong groups like Rotary and the Lions Club."

Sather concurs. "The number of activities keeps members active," he said. "And with that comes more opportunities for socialization, friendships and a sense of belonging. The desire to serve community pulls everyone together."

Baltzer adds that the weekly guest speakers widen his scope of the world. "I'm always thinking, wow — all this stuff out there. It makes you a more rounded person."

For Galloway, it's a value thing. "Members are unsung heroes who make an impact," he said. "They hold the kind of values that make others want to be in Rotary."

His sentiment falls in line with those expressed by Baltzer and Sather, all three past presidents, who hold that the attraction for members is the Rotary motto: Service Above Self.