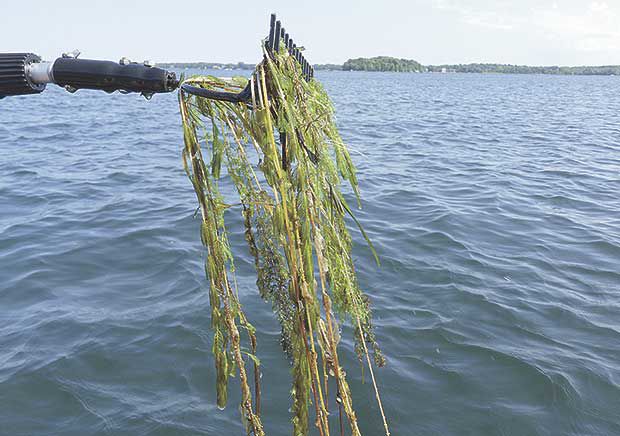 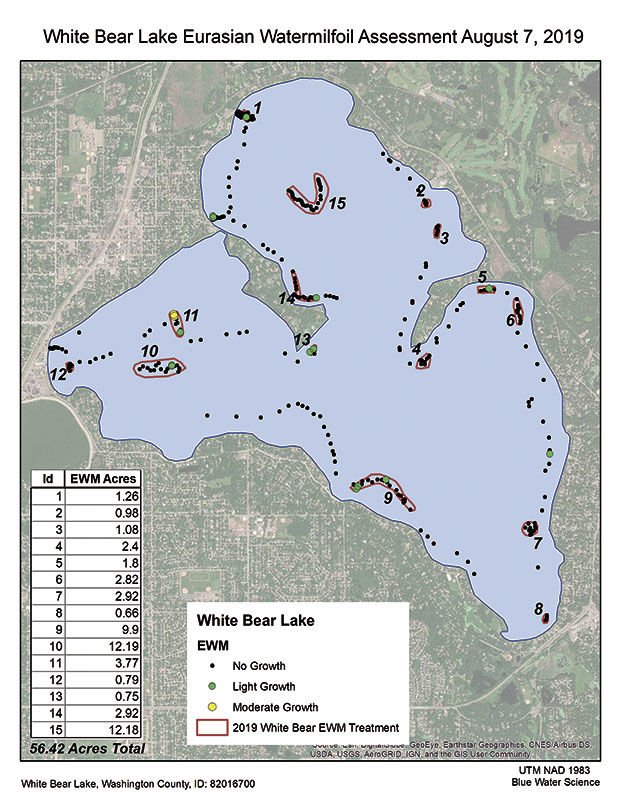 This map illustrates results of the June Eurasian watermilfoil treatment for White Bear Lake. Only a few acres had light growth in August. 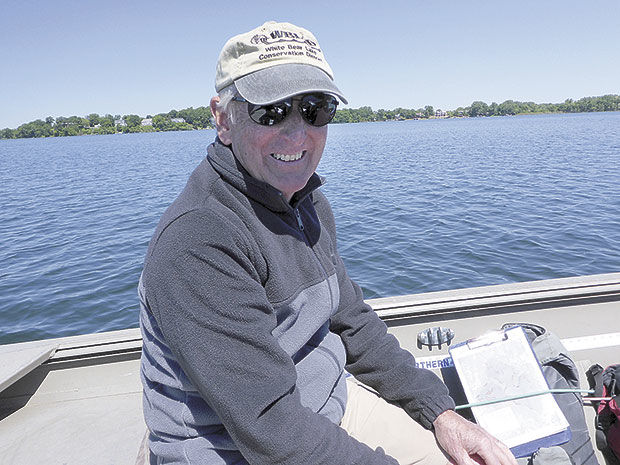 A knowledgeable assistant, Mike Parenteau, assists in the annual Eurasian watermilfoil assessment. He knows where the patches are located on the 2,428-acre lake. 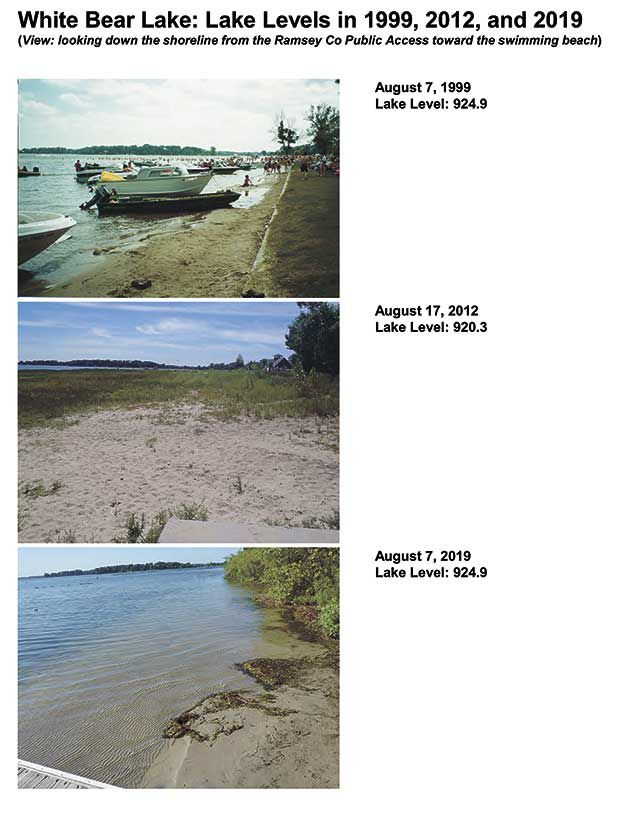 Steve McComas shows how elevation has changed over the years. He takes a photo of the lake at the same spot every year, the Ramsey County boat landing.

This map illustrates results of the June Eurasian watermilfoil treatment for White Bear Lake. Only a few acres had light growth in August.

A knowledgeable assistant, Mike Parenteau, assists in the annual Eurasian watermilfoil assessment. He knows where the patches are located on the 2,428-acre lake.

Steve McComas shows how elevation has changed over the years. He takes a photo of the lake at the same spot every year, the Ramsey County boat landing.

WHITE BEAR LAKE — As he's done every year for the last 20, aquatics expert Steve McComas assessed the success of an invasive species treatment.

This year, the results are good.

Hot spots for Eurasian watermilfoil (EWM) were pinpointed and treated June 13 around the lake. The non-native weed is zapped with herbicides annually to curb problems with recreation and navigation.

On Aug. 7, McComas evaluated the treatment areas and observed that “for the most part, control was very good. There's hardly any EWM within 3 feet of the surface. That was the goal for both sailing and boating.”

Treatment is a perennial undertaking on White Bear Lake. Some years EWM is worse than others. In 2012 and 2013 when the lake was low, more than 100 acres were treated. Last year, 70 acres required attention. McComas compared treatment over the last decade to see if there was a pattern. “There seem to be certain areas that produce heavy milfoil growth,” he said. “Areas of persistent growth have been treated at least four out of the last seven years.” McComas wants to treat those areas earlier in 2020.

When the lake is lower, plant growth is more abundant and the water is more clear, the aquatics scientist noted. Not surprisingly, water clarity has an impact on plant growth. When the lake is high, it keeps plants from reaching the surface or having robust growth.

Three public accesses were also surveyed for another invasive plant, starry stonewort. The species typically shows up first at public boat launches, according to McComas, and is currently in 14 lakes around the state. He targeted the VFW, Matoska and the Ramsey County access and did not find the plant. Medicine Lake, McComas added, is the only lake in the metro with starry stonewort.

“Aquatic plants are unpredictable, but we're tracking them,” McComas told the White Bear Lake Conservation District board of directors last month. “Eurasian watermilfoil has been in White Bear Lake since 1988, when a single plant was collected near a public dock. In six to seven years it had gone around the lake. We're aggressive in our treatment. I don't see it increasing.”

Following his EMW presentation, board members asked McComas questions about lake health. One question addressed chloride. “Fortunately, Ramsey County is collecting data,” McComas said. “We have a pretty good record of chlorides, which are increasing in White Bear Lake. The good news are chloride levels are low. It's well below impaired status.”

Almost all lakes have increasing chloride levels from using salt, McComas pointed out. “At some point, it will be a problem. Chlorides are biologically inert. Hardly anything takes them up, unlike phosphates. They have to be diluted long term with rainwater. There is no way to reduce levels in a lake.”