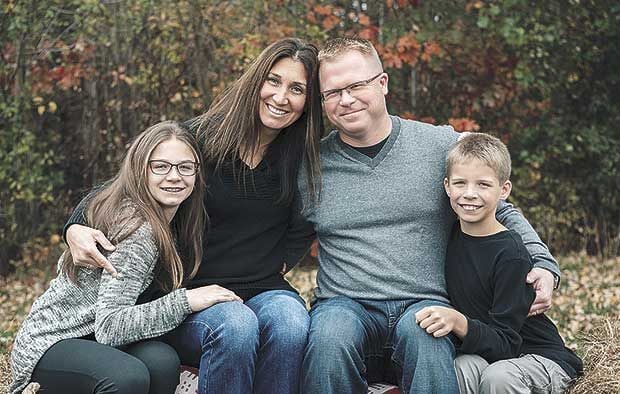 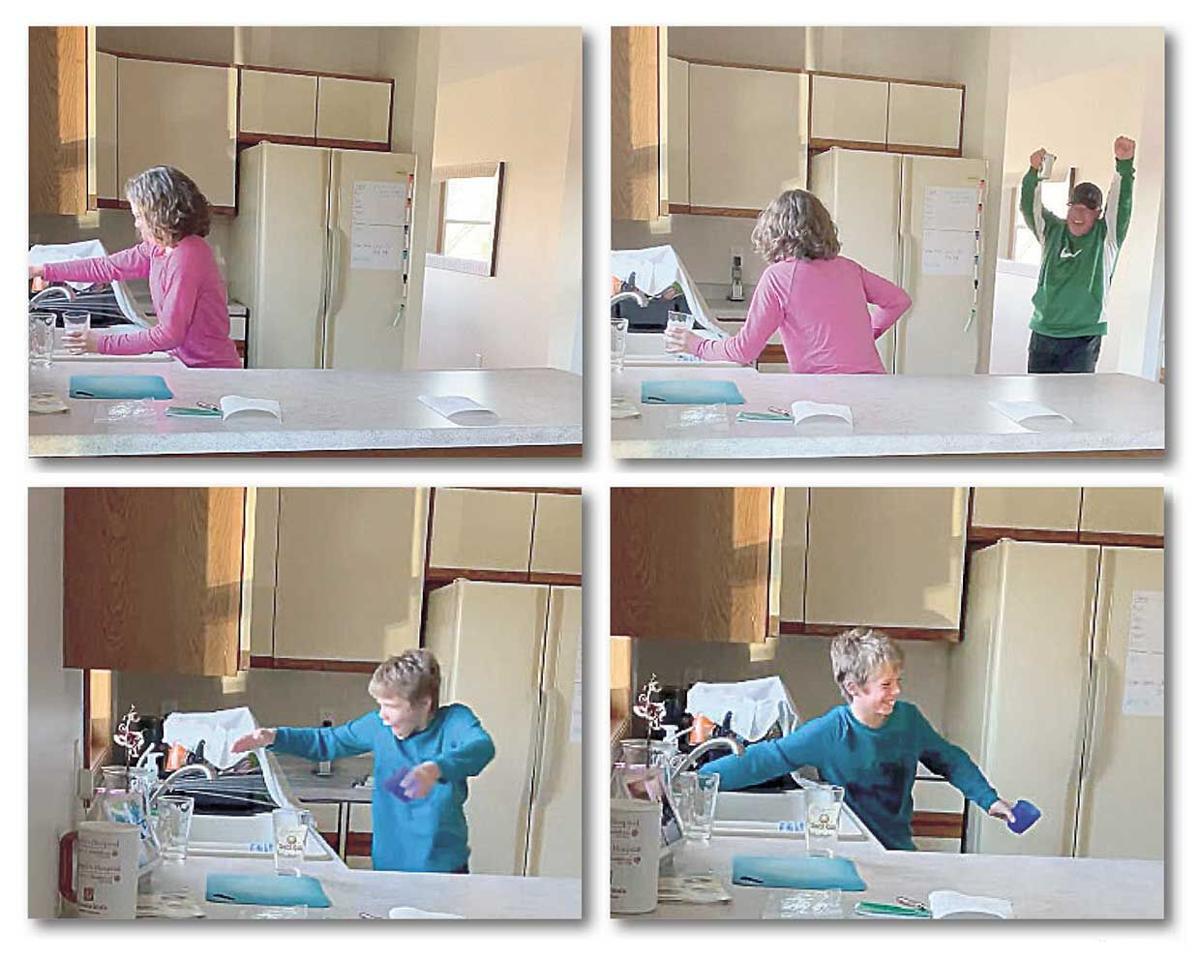 Madisyn Hood goes to fill a glass of water and quickly realizes she has been pranked by her dad, Marshall. Shortly after his sister was pranked, Dylan Hood was also pranked by his dad. Tune in to AFV Nov. 22 to see the videos.

Madisyn Hood goes to fill a glass of water and quickly realizes she has been pranked by her dad, Marshall. Shortly after his sister was pranked, Dylan Hood was also pranked by his dad. Tune in to AFV Nov. 22 to see the videos.

Laughter is the best medicine, perhaps now more than ever. Just ask the Hood family.

The Hugo family recently received word that two of their submitted home videos will be showcased on “America’s Funniest Home Videos,” or AFV, on ABC.

Marshall Hood, the father and the main prank instigator, said he took the video footage back in April and just two weeks ago found out that both of his submissions will be aired Nov. 22.

The show’s executive producer, Michele Nasraway, said that it doesn’t happen often that the show takes two videos from one family. “We rarely see the sink-sprayer prank work on two members of the same family. They must have had precision timing,” she said.

The idea began easily enough, Hood said. “My wife (Nichole) and I were watching America’s Funniest Home Videos one night,” he said. “It was an older one, as we were watching it on our DVR. It was the ‘Assignment America’ one, where they like prank examples sent.”

Hood explained that they showed several examples, including putting tape over water sprayers, and thus spraying any unexpecting victim with water.

Nasraway said all the producers enjoy watching the hundreds upon hundreds of videos that are sent in in response to their Assignment America segment. “The sink sprayer prank has been a favorite over the years,” she said.

Although Hood had never filmed a prank before, he felt inspired. “The show was still on,” laughed Hood, “and I did it right then.

“I told my wife, ‘We should do this.’ It was old-school putting regular tape on a hand sprayer and aiming it right at them.”

Hood explained he hid his phone in the kitchen, set it on a shelf that held

other knick-knacks so his two children, eighth grader Madisyn, and sixth grader Dylan, who both attend White Bear Lake Central High School, wouldn’t be the wiser.

Then all he had to do was set the bait. “My son was downstairs playing Xbox with his buddies,” said Hood, “and (Madisyn) was upstairs, so she was the easy target. I was like, ‘Hurry and get me a glass of water,’ and I started coughing. She was probably wondering why I just didn’t get off the couch,” he laughed.

Madisyn proceeded to the kitchen, grabbed a glass and went to the turn on the water. As expected, the water sprayed right on her, and the camera caught her reaction. She laughed in surprise, her father said, but then headed back up to her room.

Next up was Dylan, who did the exact same thing his sister did a few minutes before. The camera catches Dylan heading to the kitchen to get his dad a glass of water, where he’s doused by the faucet. In both videos, you can hear their dad laughing at their reactions in the background.

“He was a little more animated after it happened,” Hood said. “They both still talk about getting me back in some way, but they still haven’t. I’m just like ‘Bring it on, what do you have?’”

On the evening of Nov. 22, the Hood family will gather to watch their home videos on national television. Hood commented that the kids used to watch the show all the time with their parents, but now they are not into it as much. Except for Nov. 22.

America’s Funniest Home Videos is the longest-running primetime entertainment show in the history of ABC, and is syndicated in over 50 countries. Its producers excel at sharing America’s real-life, funny moments captured on video.

“It makes you laugh, and it’s something different from the drama or reality show,” said Hood. “This is something cool that they can remember and tell their kids about.”