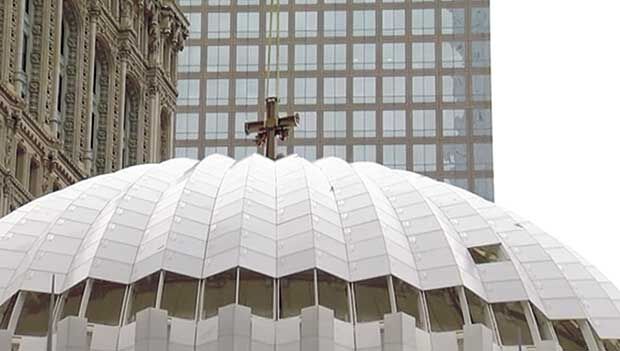 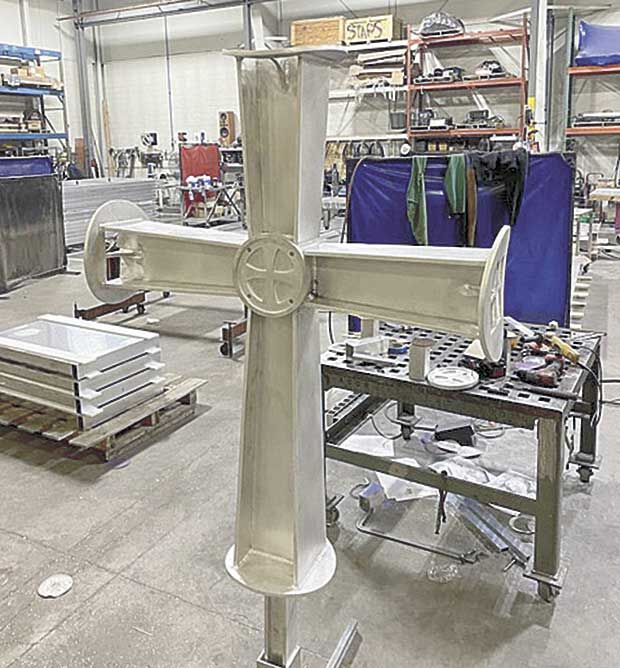 The thick, aluminum cross was built at MG McGrath, an architectural sheet metal company in Maplewood, for the Saint Nicholas Greek Orthodox Church and National Shrine adjacent to the World Trade Center.

The creative team that built the holy symbol of Christianity included ‘07 White Bear Lake High School grad Brad Kath, who is foreman of the welding shop. His parents, Robert and Roberta Kath of White Bear Township, alerted the Press to Brad’s involvement, noting their son is modest about his work. Robert retired from the company after 35 years.

The 4-by-5-foot cross was difficult to fabricate and weld, the younger Kath said, adding it was "cool to be part of the project," which was "a bigger deal" than he expected.

A solemn thyranoixia ceremony (Opening of the Doors) Nov. 2 in Manhattan was presided over by Ecumenical Patriarch Bartholomew, the spiritual leader of global Orthodox Christianity. The archbishop blessed the cross with holy water and participated in its elevation atop the marbled dome of the church. The 54-minute ceremony can be viewed on YouTube.com by searching for "Thyranoixia at Saint Nicholas at the World Trade Center."

The day marked the patriarch’s 30th anniversary of his enthronement as archbishop of Constantinople, hence the significance of the date.

Saint Nicholas was the only house of worship destroyed in the terrorist attack on 9/11. When the twin towers collapsed, the original church was buried under tons of steel and concrete. Some sacred relics survived and were displayed at the ceremony.

The archbishop opened his remarks by stating, "We stand here today, on this Hallowed Ground at the World Trade Center, where the world changed in a cruel and terrible moment 20 years ago." He called the crowning of the church by the holy cross "our sign and symbol of victory over evil."

Kath, who lives in Hugo with wife Kayla and young son, said he has no desire to visit New York City, but if he does, he’ll tour the site to view the Greek marble and glass church his company built and its symbolic gold cross, made in Minnesota, proudly perched on top.