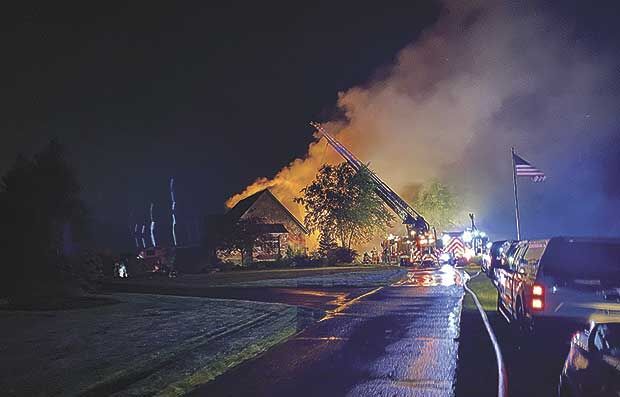 A residential home in Grant engulfed in flames. Two residents and their pets in the home escaped with no injuries. 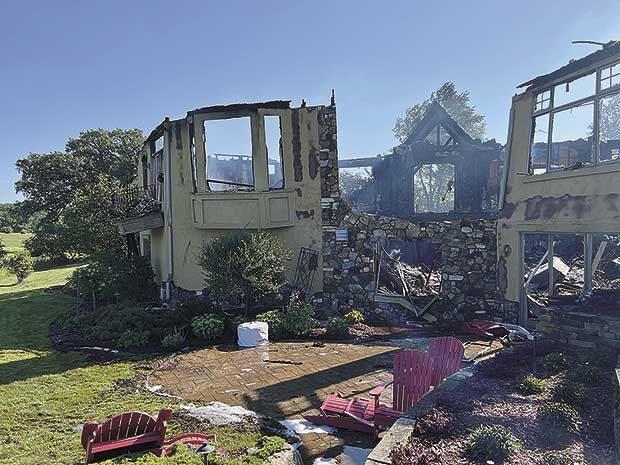 After the flames were extinguished, the home is a total loss.

A residential home in Grant engulfed in flames. Two residents and their pets in the home escaped with no injuries.

After the flames were extinguished, the home is a total loss.

Mahtomedi Fire Chief Terry Fischer has determined the fire that destroyed a home in Grant in the early morning of Aug. 3 was caused by a lightning strike.

In a statement from the Washington County Sheriff's Office, just after 1 a.m. a homeowner in the 11000 block of Great Oak Trail North called 911 and reported hearing a bolt of lightning followed by a strong smell of gas. Deputies arrived on the scene and located a fire inside the residence. The two adult occupants were able to evacuate their home with their animals, and no injuries have been reported.

Water was brought in by tanker shuttle to put out the flames, as there are no fire hydrants in the area, which is just south of the Hugo city line. Fire crews worked for several hours to extinguish the fire, but the home is reported to be a total loss.

What are you looking forward to most this fall season?