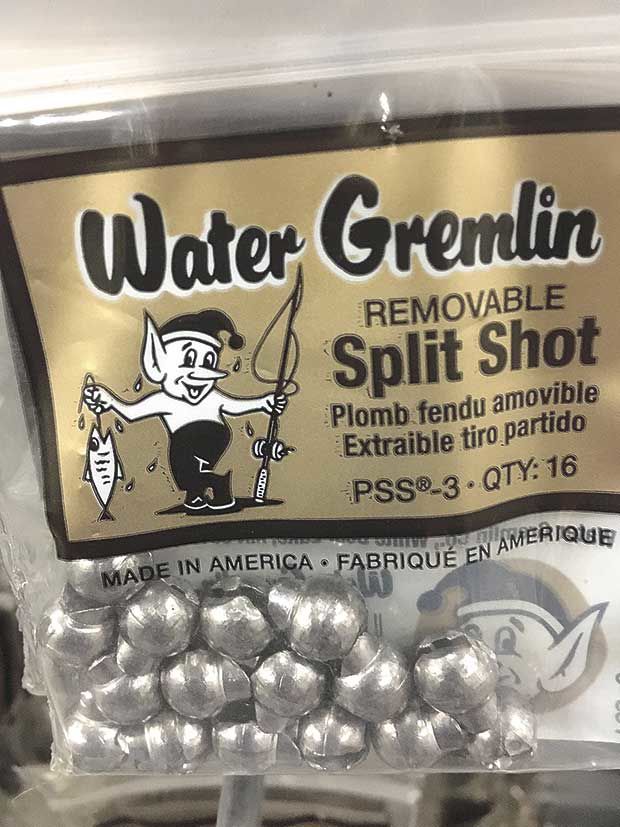 About 5% of the company’s business is manufacture of fishing sinkers and lead shot. 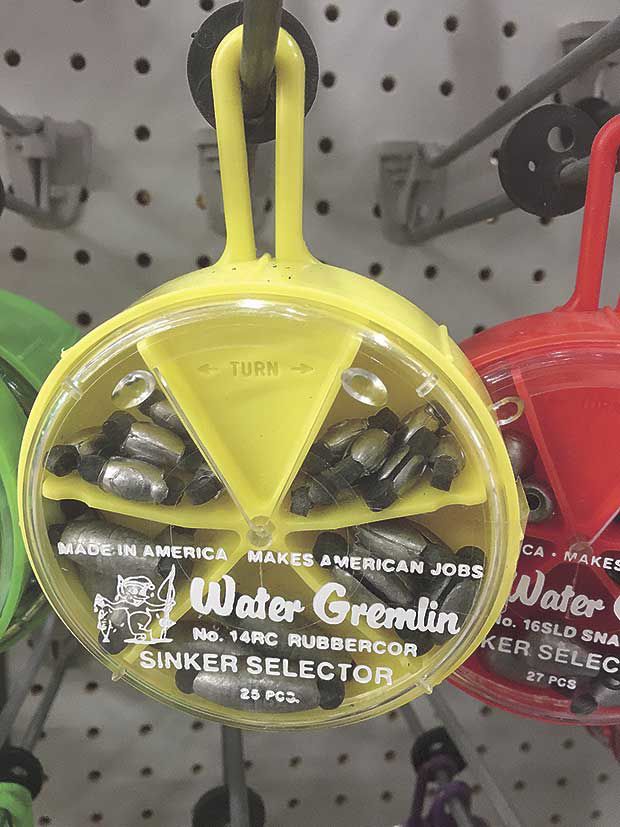 About 5% of the company’s business is manufacture of fishing sinkers and lead shot.

ST. PAUL — The district judge who ordered Water Gremlin to clean up its act said he was “pleased with the employees’ response and how well they have been doing in whatever procedures have been implemented” at a Dec. 4 hearing.

The appraisal by Judge Leonardo Castro followed a report submitted by a third party that is monitoring Water Gremlin’s progress. It shows almost 100% participation in employee spot tests to determine if lead is migrating out of the plant. Water Gremlin is a major manufacturer of lead battery terminal posts and fishing sinkers in White Bear Township.

At last week’s hearing, the judge commended steps taken by the company to improve employee hygiene and limit lead exposure in nonproduction areas.

Industrial hygienists with Wenck Associates Inc. are monitoring Water Gremlin’s progress. In the firm’s report, lapses were noted in lead reduction protocols that caused less than a 100% acceptability rating.  Areas of concern were identified as a footwear spot check that tested positive for lead upon entering, forgetting to wear a hairnet, failure to vacuum clothes and needed reminders about hand and face washing. Adherence to hygiene practices was greater than 97% for all monitoring hygiene behaviors.

Also noted in the Wenck report: Water Gremlin is developing a monthly lead hazard control refresher training program and developing a procedure for lead wipe testing for all employees’ hands, faces, necks and footwear upon exiting the facility.

Plaintiffs in the case, commissioners of the Minnesota Department of Labor and Industry and Department of Health, are seeking clarification on the use of the wipe tests, stating that Water Gremlin has not provided the court with test results.

Lead attorney Peter Surdo asked the judge in a post-hearing email to clarify a request for relief from Water Gremlin regarding testing of footwear.

The court ruled Dec. 4 that it would provide relief on testing footwear but all other requirements would remain. However, there seems to be confusion on the judge’s order. Surdo told Castro that media reports have differed on the hearing’s outcome. The attorney general’s office received at least one media inquiry seeking clarification about the wipes ruling, he wrote in a footnote.

Based on the ruling and for the sake of clarity, the plaintiffs are requesting the order be amended to contain the following wording: “Water Gremlin shall conduct qualitative lead wipe tests on employees’ hands, face, neck and hair upon exiting the facility at the end of each shift. If the wipes test positive for lead, employees must take necessary steps to effectively complete the decontamination process.”

Failure to strictly adhere to the process or the process’ failure to remove all lead contamination can result in workers taking lead home, Surdo pointed out. “The plaintiffs’ position is that qualitative wipes for all employees as they leave the facility are the best method to ensure take-home lead is prevented.”

The court order also required decontamination of employee vehicles of any trace of lead, which is ongoing. If minimums cannot be met, the company is providing seat covers. Floor mats were also replaced in all current employee vehicles.

Results of blood lead level monitoring were not provided in the Wenck report; however, the Department of Health (MDH) indicated 55 current and former employees have been tested for lead since Oct. 25. Of those, 35 have confirmed blood levels over 5 mcg/dL, which is considered elevated. No employee has had a level at which OSHA would require their removal from work.

According to Jim Kelly, manager of MDH’s Environmental Surveillance and Assessment Section, 100 children of workers have also been tested since Oct. 25. Three of those children had elevated results. Their local health department is working on contacting the families to set up times to do in-home environmental testing.

Kelly said the health department is working with local public health partners to contact the families and offer in-home environmental testing. None of the nine children had blood lead levels above 15 mcg/dL so no in-home investigation was required.

“At this point,” Kelly continued, “we do not have any additional environmental data from homes, so we cannot yet say whether their (the nine children) elevated blood lead levels are due to ‘take-home lead.’”

Water Gremlin was shut down by the Department of Labor and Industry Oct. 28 after discovery that some employees tracked home lead. The company was allowed to resume operations a week later under oversight by the court.

The 45-minute hearing last week was the third time the company has appeared in Castro’s courtroom. Water Gremlin objected to audio and video recording of the proceedings but the judge overruled, saying “the public health issues to be argued are of such significant public importance that it is in the best interest of justice and access to the courts to allow the request.” No future proceedings have been scheduled at this time.

Another repercussion to the company’s pollution problems was an announcement by Walmart that it will stop selling Water Gremlin products.

Water Gremlin spokesman Carl Dubois, vice president of international manufacturing, confirmed that the retail giant elected to suspend its orders. “While we are disappointed about this development, we are hopeful that we can earn back Walmart’s business as the positive impacts of our multiple workplace hygiene protocol changes implemented throughout 2019 are realized,” he said in a statement to media.

About 5% of Water Gremlin’s business is the manufacture of fishing sinkers and lead shot.