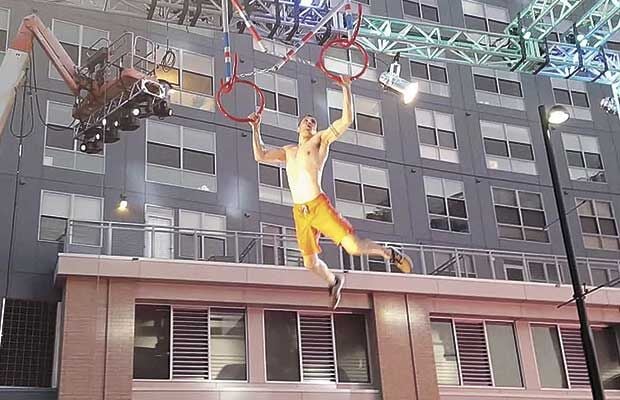 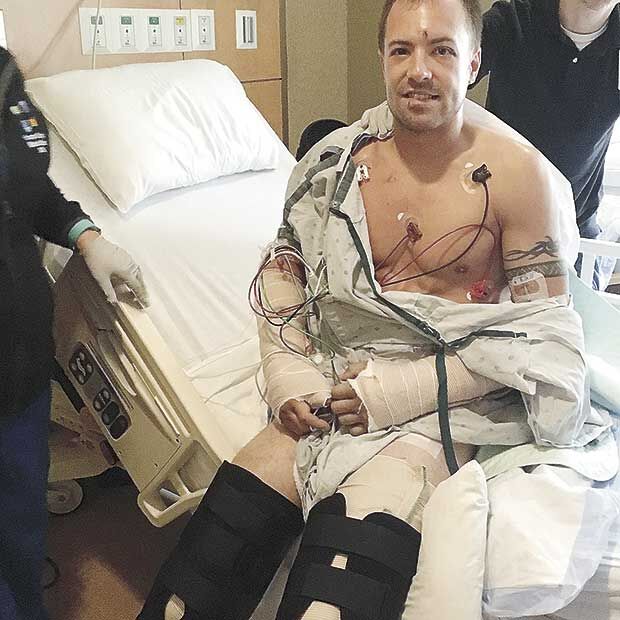 Scott Bishop smiles as he is treated by doctors after a motorcycle accident caused him to break all four of his limbs. 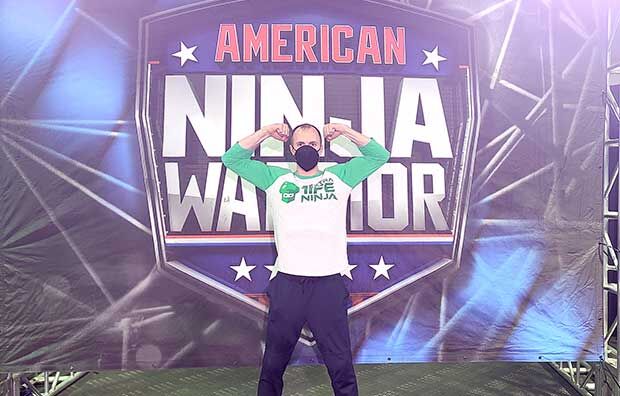 Bishop flexes at the American Ninja Warrior course after a miraculous recovery. 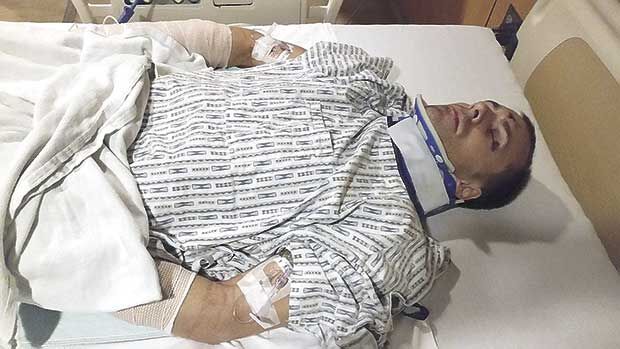 Scott Bishop smiles as he is treated by doctors after a motorcycle accident caused him to break all four of his limbs.

Bishop flexes at the American Ninja Warrior course after a miraculous recovery.

Scott Bishop hopped on his motorcycle after attending a work party at a warehouse in Minneapolis on Aug. 26, 2016. Putting on his trusty helmet that he always wears and beginning his route back to his home in White Bear Lake, Bishop was unaware that such a familiar habit would save his life. As he cruised east through the city on Interstate 94 and among the traffic around him, Bishop arrived where the freeway merges with Interstate 394. Unfamiliar with the road and the sharp nature of the turnoff, his motorcycle clipped the side of the ramp, sending him over the side — 15 feet to the highway below.

Bishop, a 36-year-old product manager at Twin Cities software company Total Expert and season 13 competitor on “Ninja Warrior,” suffered breaks to all of his limbs. A lover of water skiing and other physical activities, he was told by doctors that he would be able to walk again, but running and other athletics would be very unlikely after the serious injuries he suffered.

“I kind of took that as a challenge,” said Bishop.

For the next four months, Bishop was bedridden while his wife Liz and brother Mike there to take care of him.

“Between her and my brother, they basically made sure I survived that recovery period,” said Bishop. “It’s amazing how much time they were willing to dedicate to making sure that I was at least semi-OK.”

Unable to live a normal life and with lots of time on his hands, Bishop began to take an interest in the popular NBC show, “American Ninja Warrior.” As he laid in bed watching the entirety of the show’s eighth season, he became fascinated with the thrill and excitement the show has to offer. Despite being told by doctors that he would never again reach full athletic capacity, Bishop began rehab with a dream of competing on the show.

As he began recovery, Bishop attended rehab sessions in Plymouth where he underwent short, 10-minute workout routines to slowly build back some of his strength.

“When you are bedridden for that long, you end up losing almost every muscle you have,” said Bishop.

As his body gradually began to heal, Bishop began regaining some of his strength and his hope. In December 2016, he walked for the first time since the fateful accident and was able to leave his house under his own power in early January 2017.

Over a year later, after a full recovery and hours spent rehabbing, Bishop felt ready and healthy enough to take on his dream. He began training at Five Star Ninja Warrior in Roseville, where he met Bethel University senior and fellow Ninja Warrior competitor Ben Martin. Bishop watched in admiration as the 5-foot-4-inch Martin scampered up the warped wall at the Roseville training facility. As they got to know each other, the two became training partners.

“He’s become not just a training partner but just in general a guy who pushes me to get better, and we hold each other accountable,” said Bishop.

Bishop spent the next year working to regain his athletic ability and strength to the point where he was able to put an audition video together. In 2019, he was invited to test out the course for season 11 of the show. He continued to train for the next year to try and get cast for season 12, but because of the pandemic and the limited number of contestants that were allowed to participate, Bishop did not receive a call. Despite the bump in the road, he felt a strong sense of fulfillment owing to the work he had put in and the strides he had made after the accident.

“Training for Ninja really improved my overall quality of life,” said Bishop. “It has been a way to keep progressing, keep getting better and get my body back to a point where I can just live a fairly normal life.”

Finally, almost five years removed from his tragic accident and years of training both at Five Star Ninja Warrior and Ninjas United in Maple Grove, Bishop’s audition video was accepted for the show's 2021 return and 13th season.

“It’s a real dream come true, not only to compete on the show, but to do it with the people who help push you to get you there,” said Bishop. “To be invited to be a part of it, I’m just profoundly grateful.”

Bishop and Martin traveled together to Tacoma, Washington, to compete at the Tacoma Dome with the more than 400 athletes in this year's competition. In his first time competing on the show, Bishop was overcome with feelings of appreciation and pride after the long road it took to get there.

“I wasn’t exceptionally nervous. I think I was just excited and had this overwhelming feeling of gratitude for getting to be a part of the experience,” said Bishop. “There is nothing like getting to see the real thing up close and in person.”

Before starting his run, Bishop brought out the battered helmet that saved his life almost five years prior as a reminder to himself — and everyone watching — of the importance of safety.

“That’s my message that I’m really hoping to use my platform to spread,” said Bishop. “Just wear the helmet. If not for your own safety, do it for the people that love and care about you.”

After defying the odds and reaching his goal of competing on “American Ninja Warrior,” Bishop credits his family for their love and support helping him through such a difficult time in his life.

“I think in some ways, hopefully it is rewarding to them; by helping me get through it, they gave me a chance to go chase a dream, and I will never forget that,” said Bishop. “My wife is extremely understanding and supportive of that as well. It’s not a small-time commitment.”

Despite living out his dream, Bishop is far from finished with his “American Ninja Warrior” endeavors. Still training four to five times a week, he continues to enjoy the grind in hopes of returning to the show next season.