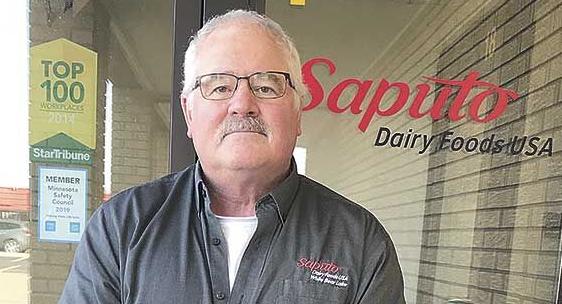 After 50 years at the dairy mix plant, Doug Kohler’s last day was March 26. His parting gift was an all-expenses-paid charter fishing excursion on Lake Michigan. 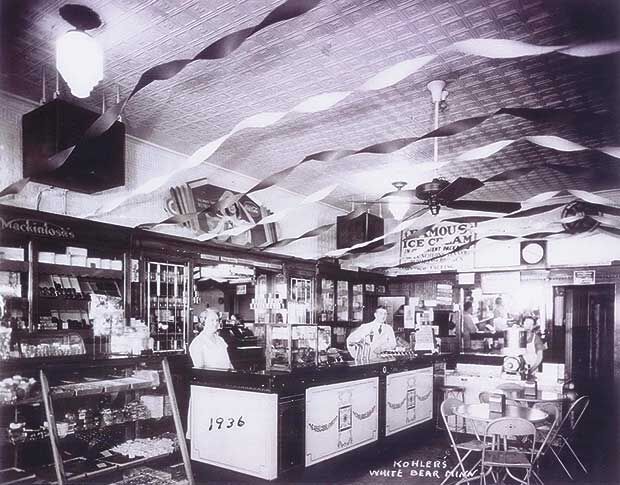 The interior of Kohler’s Romance Parlors in 1936. Shown are Delia Thein and Aloys Kohler. After changing hands several times, the parlor closed in the early ’70s. 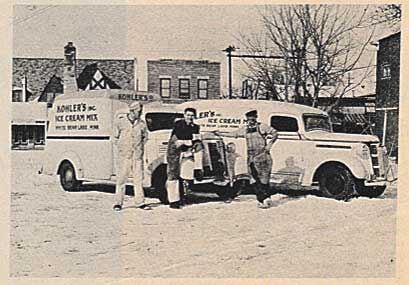 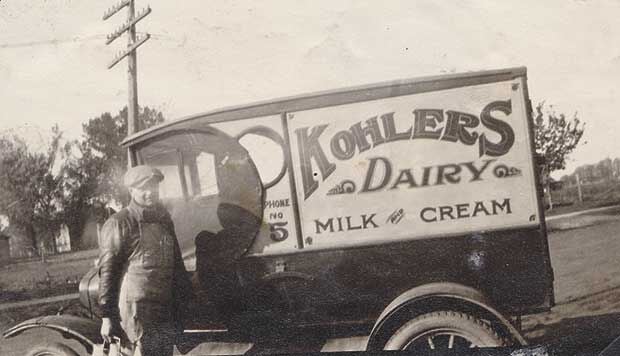 After 50 years at the dairy mix plant, Doug Kohler’s last day was March 26. His parting gift was an all-expenses-paid charter fishing excursion on Lake Michigan.

The interior of Kohler’s Romance Parlors in 1936. Shown are Delia Thein and Aloys Kohler. After changing hands several times, the parlor closed in the early ’70s.

The last member of the Kohler family retired last month after 50-plus years with the White Bear Lake company started by his grandparents, Henry and Blanche, in the 1920s.

Doug Kohler ended his long career at the dairy mix plant as maintenance manager. He started it washing milk cans at age 13. The cans held a mix of cream, whey, milk and sugars — all the ingredients to create soft serve ice cream.

The Kohlers went into the ice cream mix business in 1929, opening Kohler's Romance Parlors on Washington Avenue with Henry's brother Aloys. They manufactured their own ice cream for the first counter freezer installed in the state.

As the business of selling the mix grew out the back of the store, Henry sold the parlor in 1936 to his brother and took charge of manufacturing, naming his business Kohler Ice Cream Mix Incorporated.

According to Doug's older brother Patrick, their grandfather purchased the building on the west side of Banning Avenue between Fourth and Fifth Streets (the old Masonic Temple). "The building was directly across the street from White Bear Lumber Company and was the old White Bear Steam Laundry," according to Patrick, who wrote up a family history in 2013 while his uncle Walter was still alive.

Most of the ice cream mix was sold to drug and grocery stores in the ’30s, ’40s and early ’50s. "There were no low-temperature refrigeration trucks for delivery of ice cream. Also, at the time, most people didn't have good freezers in their homes," Patrick said. "Stores made the ice cream on site."

Kohler Mix grew by purchasing ice cream freezers from a company called Miles. Kohler would install freezers in a customer's store and levy a surcharge until the owner paid off the appliance.

Henry's three sons, Donald, Walter and Clifford, worked in the business with their frugal father, who was encouraged by his accountant to sell it. In 1953, Henry sold to Rochester Dairy, which retained his three sons as employees. That ownership lasted seven years. In 1960, a management change prompted the Kohler boys to search for property to start their own company. They found land on Highway 61.

As Patrick tells it, Rochester Dairy got wind of the Kohlers' move and fired them on a Friday. The brothers offered to buy the business back from Rochester Dairy over the weekend and by Monday, a deal had been struck.

Ice cream and ice milk mix was sold in both 5-gallon and 10-gallon cans with business generally within a 60-mile radius. Dairy Queen was a major customer; fast-food restaurants like McDonald's and Burger King bought Kohler Mix Specialties product after they added soft serve to the menu in the ’70s.

For years, the company also made eggnog, selling about 10,000 gallons seasonally to various Twin Cities dairies. Eggnog was also donated to city employees, the police department and St. Mary's church, a practice that continued into the mid ‘80s.

Perhaps their biggest success was in 1986, when recipes were adapted to a nonrefrigerated mix product with a long shelf life, "something that was practically unheard of in the field of ice cream," wrote the White Bear Press.

The difference between ice milk (soft serve) and ice cream, by the way, according to Doug, is butterfat content. Regular ice cream has a higher fat content, 10% or greater, while soft serve is around 5%.

In 1977, Michaels Foods purchased Kohler Mix Specialties. It was during sales negotiations that Doug and Patrick's father, Don, died of a massive heart attack at age 50. He left behind his wife Hellen, 13 children and the home they shared on Birch Lake Avenue.

Cliff and Walt continued to run the business until 1984, when Walt also suffered a severe heart attack and retired. Cliff ran the company until 1996; his son Jim succeeded him until 2000. Michaels Food sold the company in 2003 to Morningstar Foods, a division of Dean Foods. In 2013, it was sold to Saputo, a global dairy processor based in Canada.

Did his grandfather invent soft serve ice cream? "I've been asked that question before," Doug said. "I don't know for sure, but there is speculation that yes, Henry came up with the recipe."

Area Historical Society Executive Director Sara Markoe Hanson said the idea that soft serve originated in White Bear Lake is gaining momentum. "They (the Kohlers) were making the mix in the 1920s and as I understand it, it's been credited to Carvel in the 1930s."

Kohler's product reach was something of a surprise to Hanson. "I grew up hearing stories of the ice cream parlor from my parents and was aware of the plant along Highway 61, but never really thought it was anything bigger than White Bear. I was newly married and living in central Wisconsin when we were at a Dairy Queen enjoying a treat. Along the back of the building was a stack of crates with the Kohler name and location on them. I was shocked, I had no idea they did the mix for Dairy Queens all over the place."

The Kohler name should be familiar for other reasons, too. When he goes on his fishing trip, Doug plans to stop in Kohler, Wisconsin, to see the place where his distant relatives started their plumbing company. "I want to see their history," he said. "They've done really well over there." The White Bear Kohlers, a modest, hardworking lot who, according to Doug, never took vacations, did really well here, too.