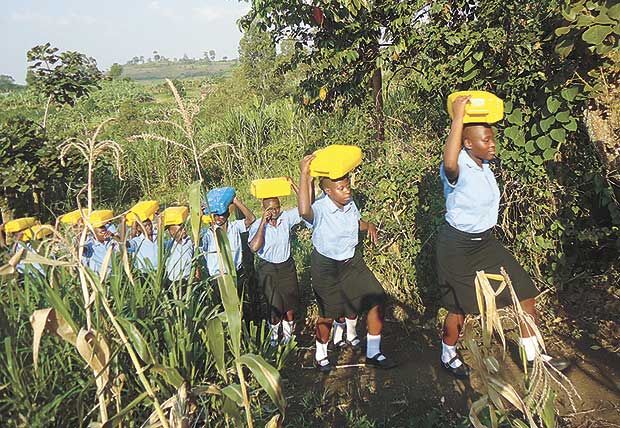 School children in Uganda no longer have to spend precious hours during the day fetching water in jerrycans from faraway places. 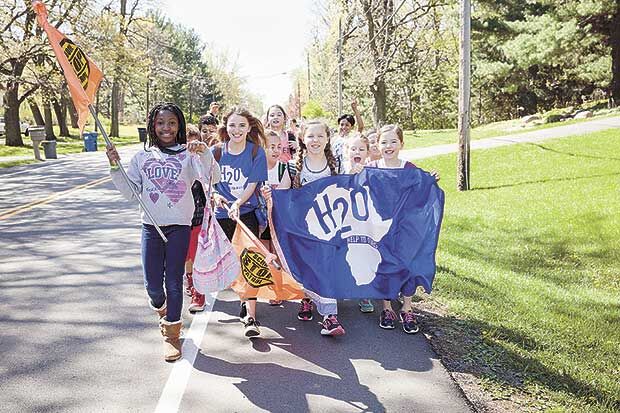 Matoska students involved in fundraising for H2O projects carry water for a mile along the lakeshore. 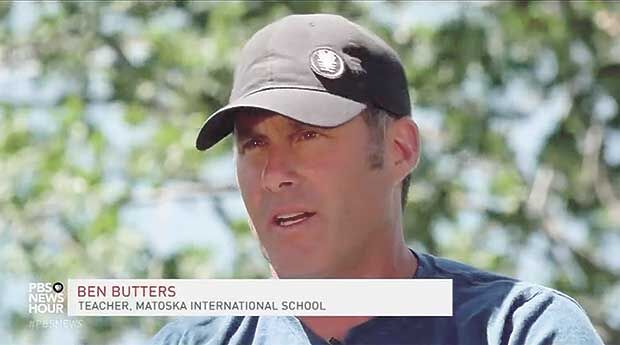 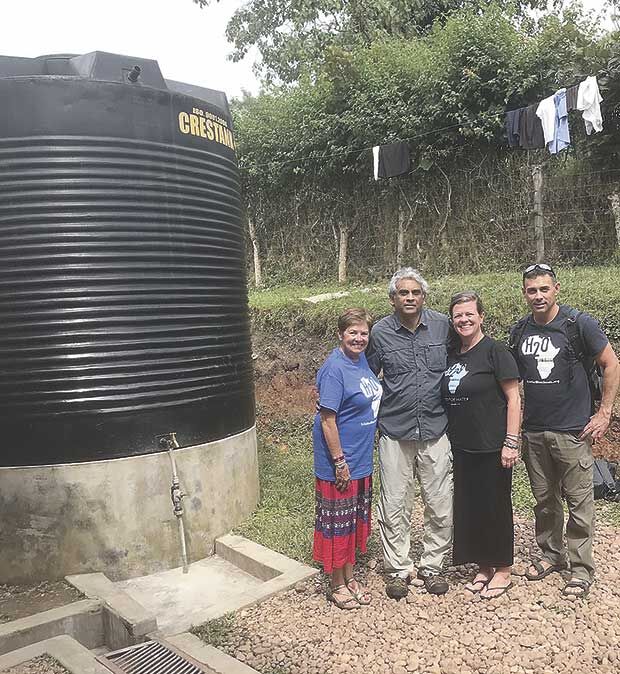 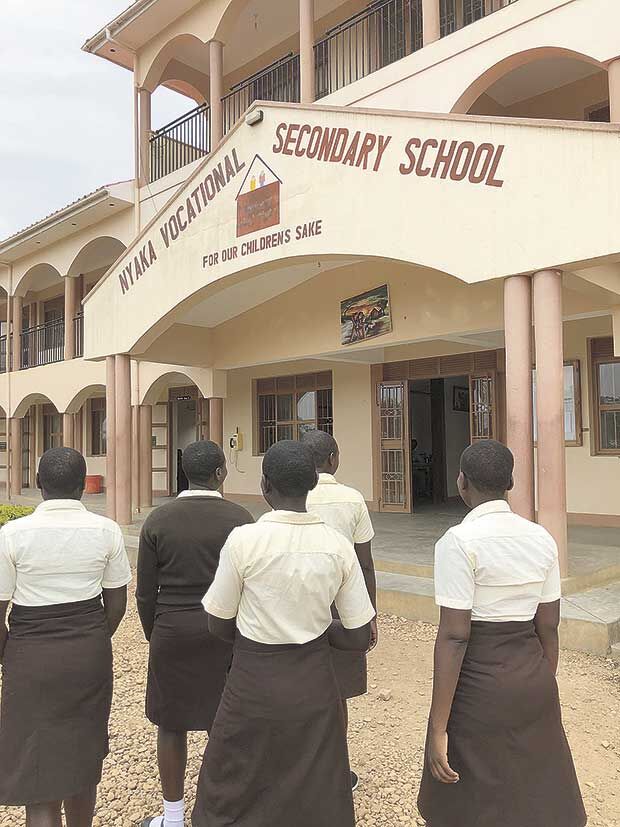 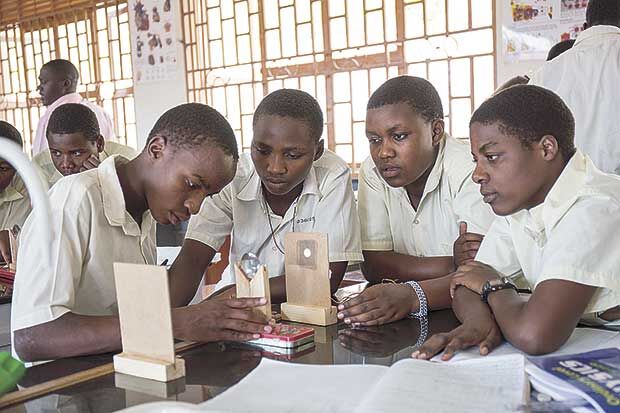 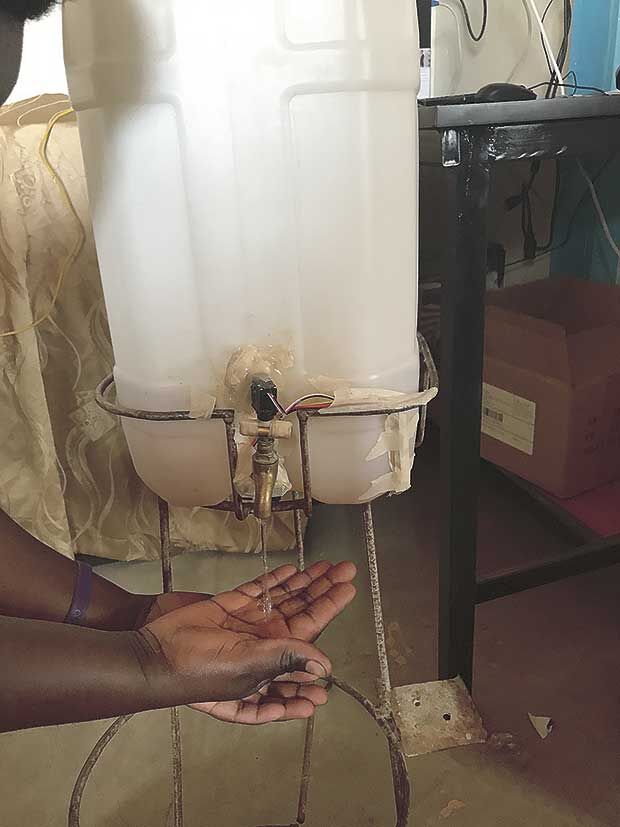 School children in Uganda no longer have to spend precious hours during the day fetching water in jerrycans from faraway places.

Matoska students involved in fundraising for H2O projects carry water for a mile along the lakeshore.

Without water, there is less education going on. That statement from the founder of a Ugandan school for orphaned children pretty much sums up H2O for Life’s global mission.

Two years in the making, their story, and the unique partnership the White Bear nonprofit forges with conservation-minded students, was ardently told in a feature that aired recently on PBS NewsHour.

Called “Tapping the Future,” the segment reported on schools coming together around water, namely Matoska Elementary in White Bear Lake and Nyaka School in Uganda.

It all started when H2O for Life founder Patty Hall led a group of staff and educators on a trip to Uganda in early 2019. She learned that a friend, Fred de Sam Lazaro, a PBS contributor who is director of the Under-Told Stories Project at the University of St. Thomas, planned to be in Rwanda at the same time. Hall told him they planned to visit Nyaka School in rural Uganda. The free school was founded by Twiesigye “Jackson” Kaguri to educate children orphaned by AIDS.

“Fred has wanted to do a story about H2O for Life’s work, so we agreed to meet at the school to film Ugandan students and the water project,” Hall said. “After all, it was just a hop, skip and a jump from Rwanda — an eight-hour drive on dirt roads and another eight hours from Kampala.”

H2O for Life provides service learning opportunities for schools in the United States, opportunities that help teachers and students raise awareness about the global water crisis while fundraising for water, sanitation and hygiene education projects for partnering schools in developing countries.

In the segment, the correspondent explains how a rain collection tank provides clean water for the Ugandan school and how, without the precious resource, there is “less education going on.” Founder Kaguri said he grew up in a village where houses didn’t have water. Nor did schools. Students would attend school from 7 a.m. to 5 p.m. without a sip of water.

Noted in the story is how funding came from an “unlikely source,” a school in White Bear Lake. The school was Matoska International. The correspondent called it an “exercise in building empathy for children elsewhere who work laboriously to fetch water for daily use.”

Matoska physical education teacher Ben Butters helped connect his students to the Ugandan school. “We came up with ideas on how to conserve water. We want to connect that to the global issue,” Butters said. “Kids their age have to walk miles for water.”

Hall calls Butters “a champion for H2O for Life.”

“Ben educates his students to learn about conserving and protecting our local water resources, as well as providing clean water for others,” Hall said. “Connecting local and global concerns leads to educated global citizens. “

Due to COVID, the PBS story stalled as the interview with Matoska International School was delayed until June 2021. That’s when the film crew visited an event hosted by Matoska and led by Butters. A week later, Kaguri, who lives in Michigan, visited White Bear Lake to meet the teacher and his students and complete the video.

Since it aired on PBS Aug. 11, H2O for Life has received many donations for the organization and for water and sanitation projects, Hall noted. Plus, 45 new schools have expressed interest in participating in its global service-learning program.

The organization raised $210,000 in the recent school year, according to Hall, despite the pandemic. The amount is enough to fund 75 water and sanitation projects in Africa and other countries.

In a joint project with nine Rotary clubs, including White Bear Lake, H2O for Life also contributed $18,000 to build new housing for teachers at the Nasaruni school for Maasai girls in Kenya. Hall submitted the district request and visited the clubs to solicit interest. The housing will help retain good teachers by providing water sanitation and hygiene facilities on the campus.

“It’s not just a drink of water that has such an overwhelming impact,” Hall reminded. “School children are staying healthier and cleaner and growing gardens because of better sanitation. Girls can stay longer in school because they have a decent toilet to use once they hit puberty.”

The H2O for Life founder said the nonprofit’s newest program, “Water Guardians” — sponsored by the White Bear Lake-based Manitou Fund — will teach youth to protect and conserve our water resources.

“It will inspire youth to care about water and, most importantly, to implement both local and global actions,” Hall said. Geared towards fifth to eighth graders, materials for the “Water Guardians” program are free and available online.

“Teachers who inspire youth are truly making the difference in the lives of our students,” said Hall, a former middle school educator herself. “We’re proud to be part of it.”

Hall felt Butters said it best in the video: “If we build a culture of kids, (a) generation of students that take action and see others as equals and treat people kindly, and give them the same dignity that everyone deserves — that’s my hope for the whole world right there.”

To watch the video, go to https://www.pbs.org/newshour/show/minnesota-students-come-together-to-bring-water-to-schools-in-the-developing-world

H2O for Life is hosting a Water Ball Gala Oct. 2 at Inwood Oaks in Oakdale. Tickets to the event are available online at H2oforlifeschools.org.