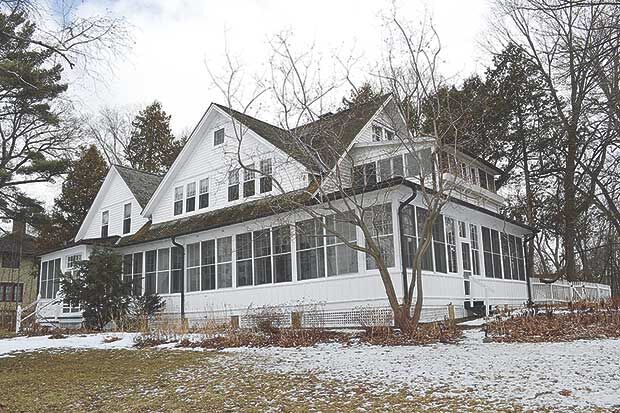 The Okie home is two 1890s cottages merged into one. The wrap-around porch on the lake side is divided into areas for eating, evening cocktails and storage for sails and swim equipment. Sleeping porches were added on both floors to accommodate family visiting from out of town. There are also quarters for the full-time caretaker. 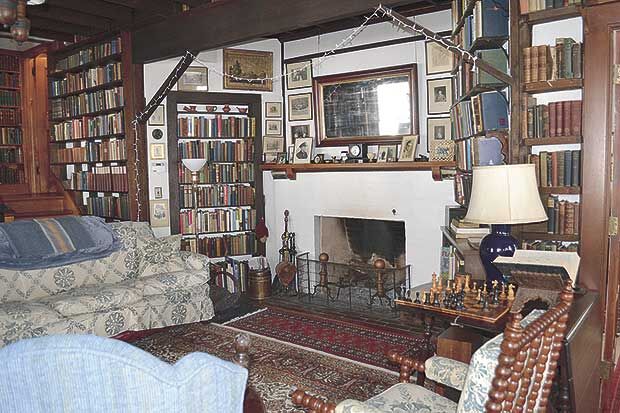 The home’s furnishings have not changed much over a century. The library is part of the Ober cottage. 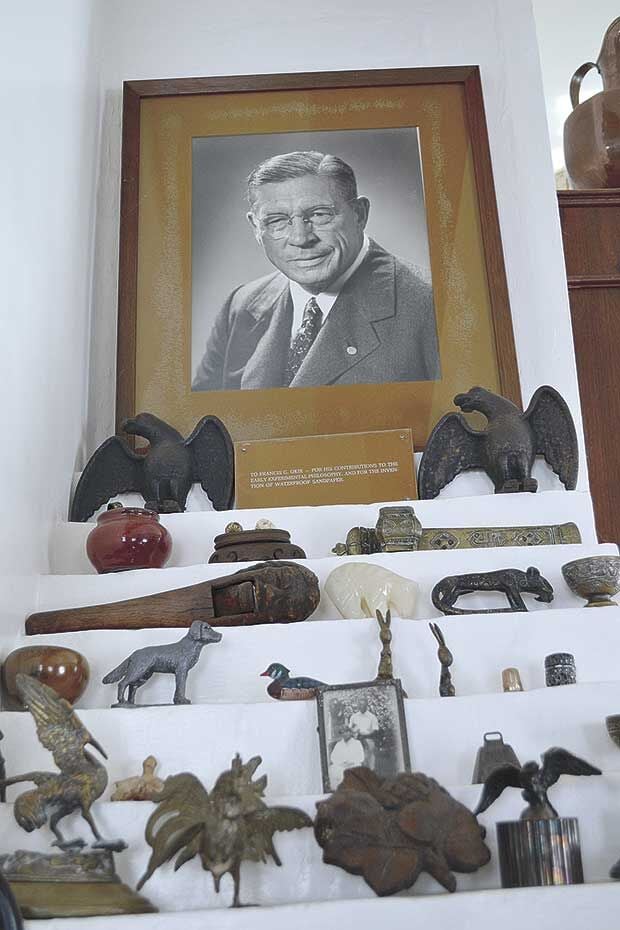 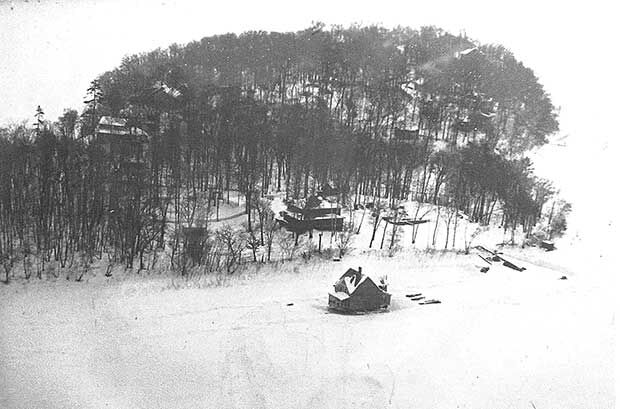 The cottages were moved across the ice to the Okie property in 1929. 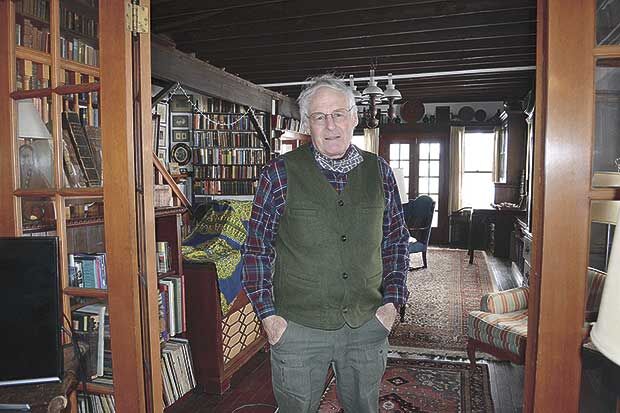 Jesse Okie owns the property with his siblings. 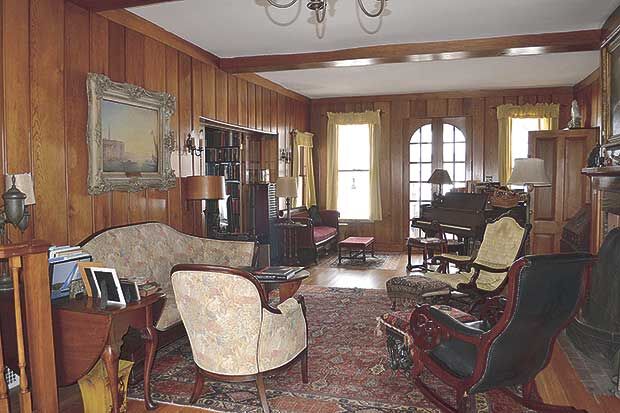 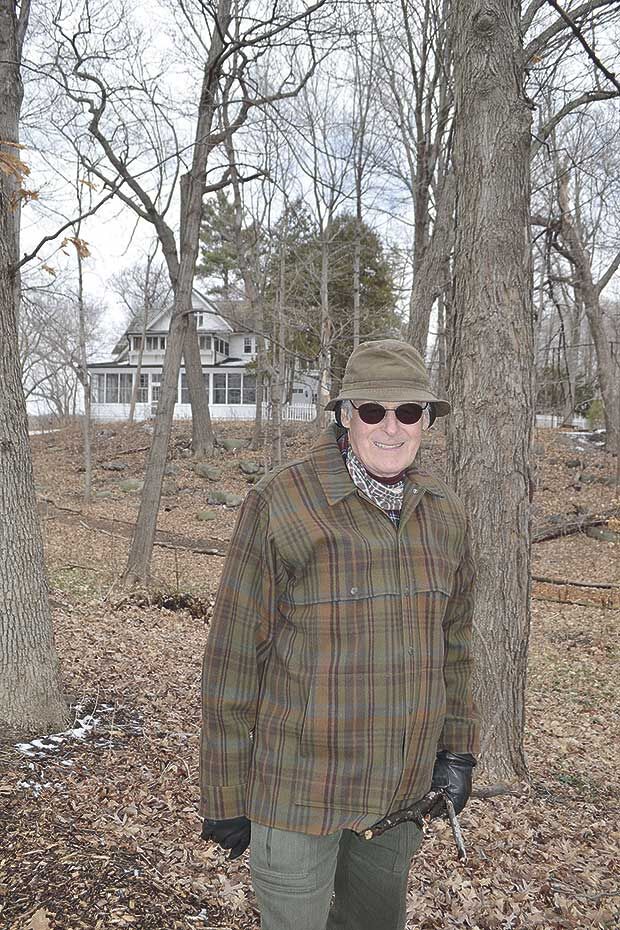 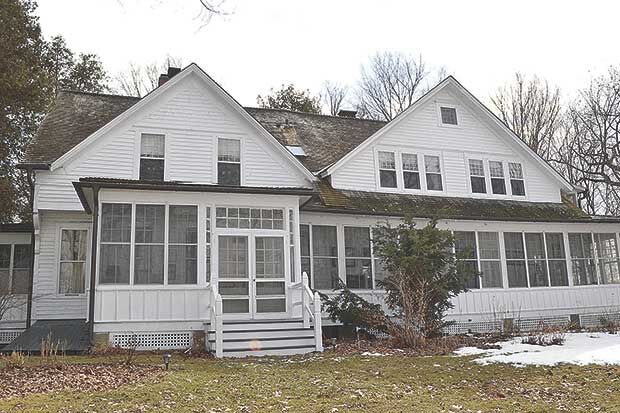 The Okie home is two 1890s cottages merged into one. The wrap-around porch on the lake side is divided into areas for eating, evening cocktails and storage for sails and swim equipment. Sleeping porches were added on both floors to accommodate family visiting from out of town. There are also quarters for the full-time caretaker.

The home’s furnishings have not changed much over a century. The library is part of the Ober cottage.

The cottages were moved across the ice to the Okie property in 1929.

Jesse Okie owns the property with his siblings.

A 1929 home on the Dellwood peninsula hasn’t changed much in almost 100 years, both inside and out. The same family owns the property, using it as a summer home much like its original owner, Francis G. Okie, described as an “absent-minded” inventor who became a member of 3M’s first dream team.

It’s likely Lucius Ordway, a 3M investor who summered in Dellwood in the late 1880s, convinced a few fellow executives to take up residence in the rural community, including Edgar Ober, president, and Okie, the man responsible for waterproof sandpaper. His invention helped revive the struggling St. Paul company, known then as Minnesota Mining and Manufacturing.

Okie’s grandson, Jesse Okie, official caretaker of the notable property, shared both his grandfather’s success story and the home’s unique history — one with a F. Scott Fitzgerald link — during a rare tour of the residence.

Francis “Frank” Okie was working in the ink business in Philadelphia in 1920 when he wrote to 3M’s then vice president William McKnight (another summer resident of Dellwood). He had an idea for sandpaper that could be used with water to curb dust that caused lung disease in automotive assembly line workers. Would the company provide grit samples?

“Mr. McKnight saw an opportunity,” Okie said. “3M hired my grandfather and acquired his patents on the sandpaper.”

So the family of seven, with wife Rebecca and all but the oldest of five children, left the East Coast and moved to St. Paul’s Lincoln Avenue. That was 1922. Okie started the research department, where he was joined by Dick Drew, the inventor of Scotch tape, and Richard Carlton.

In the book, “A Century of Innovation — the 3M Story,” the three men were dubbed the Dream Team, each bringing special skills to the growing company. Okie was described as the “consummate inventor, open to new ideas; brilliant, but absent-minded.”

He often had eight to 10 hats on his hat tree in the office because he forgot to wear them home at night, according to the book. Jesse Okie added that his grandfather would drive one of his two Packards to work, get a ride home from a co-worker, via the golf course, and drive the second car the next day, ending up with both vehicles in the 3M parking lot and none at home the next morning.

Francis and Rebecca Okie bought the Dellwood property in 1924 for use as a summer cottage. After it burned down five years later, the couple learned of two 1890s cottages near the Yacht Club slated for demolition.

The Obers were building a new home south of the clubhouse that required clearing of two of the oldest remaining cottages in Dellwood. They were owned by Laura Read and Alfred Clarks. Rather than raze them, Ober gave the cottages to the Okies.

It was his grandmother, Jesse said, who noticed the similarity between the gables of the two cottages and saw the potential of joining the two together.

A picture of the winter move appears in Paul Clifford Larson’s book, “A Walk Through Dellwood.” Trucks and teams of horses pulled the houses across the ice and up to the hilltop site. St. Paul architect Edwin Lundie was enlisted to help unite the two cottages in a style described as Colonial Revival.

As with many houses in Dellwood, the Okie cottage had a connection to Fitzgerald. He was a close friend of Cecil Read, son of Laura Read, who put the novelist and his wife Zelda up for a time in the cottage before it was moved.

The connection still draws interest in the house, which is included in several books of Fitzgerald sites in St. Paul and White Bear Lake.

The home’s old-fashioned interior and eclectic furnishings haven’t changed much over the century. Francis Okie’s collections of American glass, fossils and rocks, rare books and Native American art are displayed throughout the house. His favorite rocker still sits in the elegant living room next to a marble inlay fireplace. The extensive library can be viewed from a staircase overlooking the Ober half of the house, a feature designed by Lundie. Beautiful Ponderosa pine solidifies a double wall connecting the two cottages and makes the living and dining rooms warm and welcoming.

His grandfather died in 1975; Rebecca in 1949 when Jesse was 2. Their son Richardson and his wife Susan, Jesse’s parents, also lived in the home until their deaths.

Guardianship of the family heirloom, co-owned with two sisters who live out East, now falls to Jesse, a retired architect with a Princeton education, who lives on Lake Avenue. Some day he might build his own cottage on the site, he said, in the dell overlooking the lake. It would face west towards the setting sun, a view Fitzgerald would have seen before he left Minnesota for good in 1922 in favor of Paris and New York. Inspiration for the “Great Gatsby,” the main reason the author is still talked about today, would already have been brewing in his head.