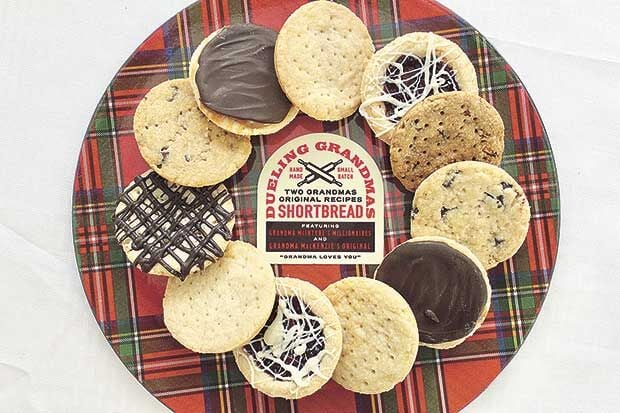 An assorted arrangement of cookies from Dueling Grandmas Shortbread, all variations on Grandma MacKenzie’s original recipe. 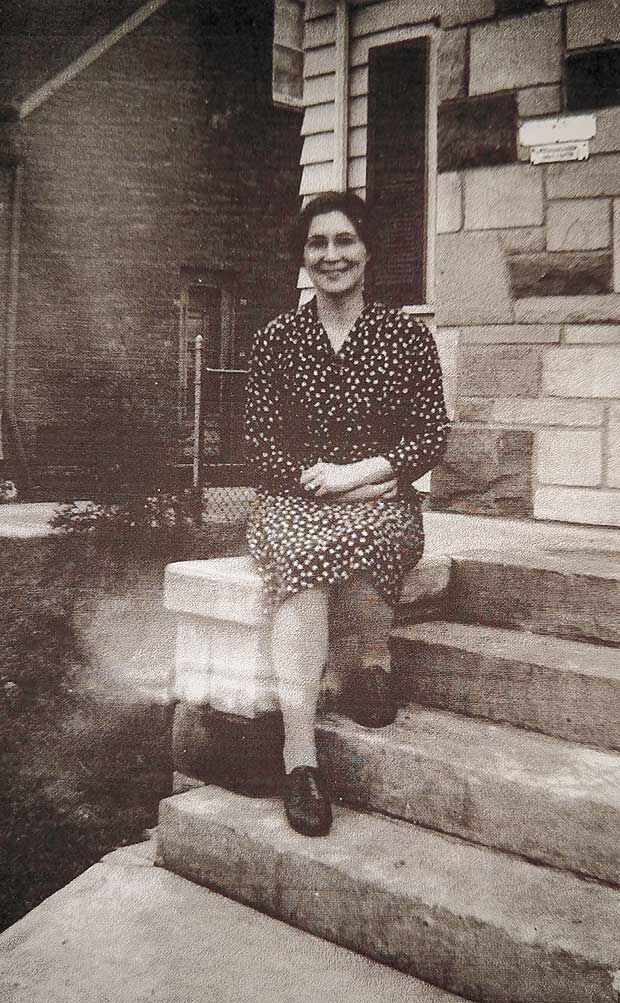 Grandma Isabella MacKenzie, who brought her shortbread recipe with her from Scotland’s Isle of Lewis. 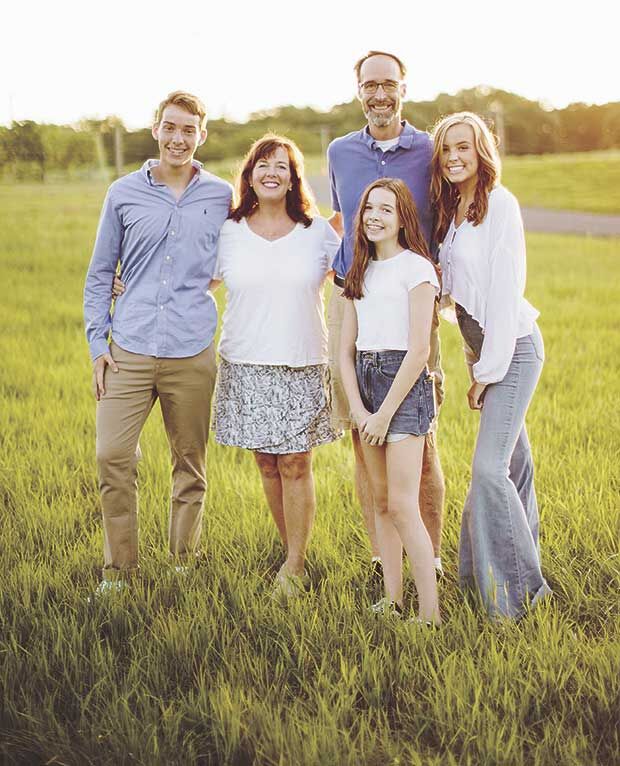 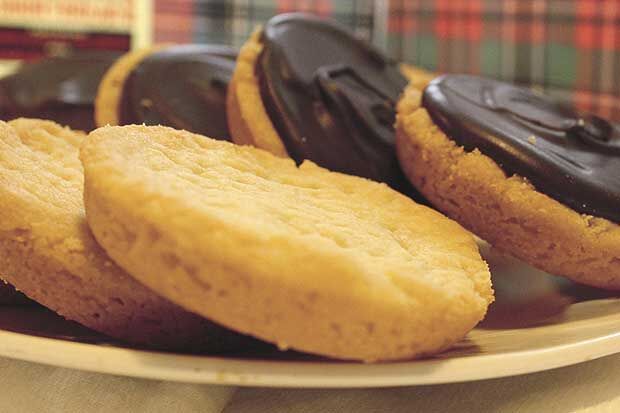 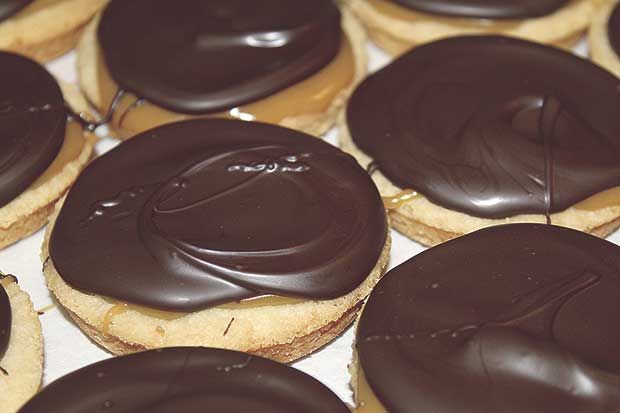 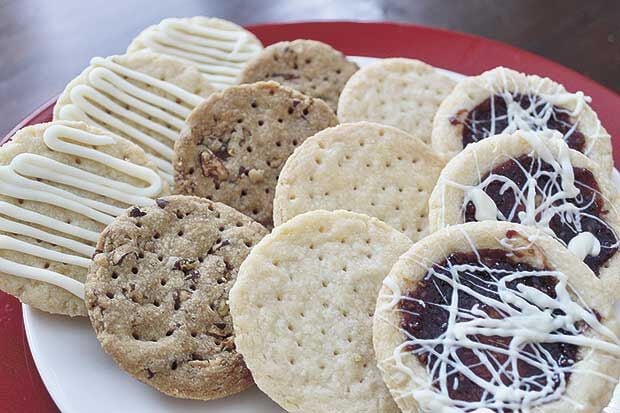 An assorted arrangement of cookies from Dueling Grandmas Shortbread, all variations on Grandma MacKenzie’s original recipe.

Grandma Isabella MacKenzie, who brought her shortbread recipe with her from Scotland’s Isle of Lewis.

Traditional shortbread is made of four simple ingredients: butter, flour, salt and sugar, reflecting its origins among the staple ingredients of the British Isles. As a resident of the windswept Isle of Lewis off the coast of Scotland, it was a dessert well known to his Grandma Isabella MacKenzie.

For years, Velky baked Grandma MacKenzie’s shortbread recipe as gifts for friends and family. After he got married, he was introduced through his mother-in-law to another delectable shortbread recipe: Millionaires Shortbread, drizzled with homemade caramel and soft, rich chocolate. This recipe came from Grandma Patricia McIntyre, whose roots were in Northern England.

Grandma MacKenzie’s simple recipe combined with the decadence of Grandma McIntyre’s Millionaire recipe elevated both to a whole new level of delectability.

Velky’s combination shortbread became so popular among his family that his niece even requested it in lieu of a cake at her wedding in October 2020.

Velky got to work producing 150 Millionaire shortbreads in time for the wedding, and realized that if he could make a batch that big once, he could keep on doing it.

So Dueling Grandma’s Shortbread was launched in late 2020.

The challenges of the COVID-19 pandemic were only one more thing to deal with as Velky and his family worked to get their homemade shortbread kitchen up and running.

“There’s never been a good time and never will be a good time,” Velky said.

The shortbread packages are designed as perfect gifting items, making the holiday season a good time to start. The cookies are now produced out of a kitchen Velky has leased in Little Canada, while the business side of things happens in his home in White Bear Lake.

Velky has already developed several options for shortbread beyond Grandma McKenzie’s unadorned recipe and the chocolate-and-caramel-coated Millionaires. These include raspberry white chocolate, toasted almond and chocolate chip, with more to come.

“Grandma McKenzie’s shortbread is the perfect base to hold and to carry on these other flavors; it lends itself beautifully,” Velky said. “That’s why I want to stay completely true to it. It’s four little ingredients, but how you put it together changes it from really good to excellent. It will always remain artisan and small batch, or it’s not the same product.”

Velky has received orders for his shortbread from across the U.S. There is a notable difference when it comes to the taste of small-batch, homemade shortbread, and customers notice, Velky said.

“When you eat it, you’re not eating a mass-produced product, and you know you’re not,” he said. Industrially produced shortbread is often overmixed, which necessitates the inclusion of cornstarch or corn syrup to make up for the toughness of the dough.

Dueling Grandmas is not the first labor of love Velky has embarked upon; early in his career, he began a catering business with some college friends. After the business took off, the friends moved to the natural next step: owning a restaurant. But it didn’t pan out like Velky planned.

“It drained the business, and we ended up closing both the catering business and the restaurant,” he said. “That closed the financial aspect of me doing it at that point in time. The day I left that business was the day I wanted to do it again, but life just meanders and takes its path.”

Velky was fortunate enough to once visit his grandfather’s old home on the Isle of Lewis. He described it as a harsh but beautiful environment. Both his grandmother and grandfather came from this island but didn’t meet each other until both had immigrated to North America.

Velky has few memories of Grandma MacKenzie. She died when he was young, but he recalls learning much about his family history from her four siblings, who spent most their lives plying the freighters on the Great Lakes.

Today, Dueling Grandmas Shortbread is a whole-family effort. Velky, his wife Catherine and their three children all assist in sharing their historic family recipes with the world.

“People know and understand this is handmade, small batch, and we care,” Velky said. “When people ask you what the most important ingredient, it feels kind of corny to say love. But it’s true. If you don’t care about what you make, it’s not going to be good. I hope people taste that when they eat it.”

Those interested in tasting Dueling Grandmas Shortbread themselves can put in an order on the website, www.duelinggrandmas.com or email Ken Velky directly at duelinggrandmas@gmail.com.