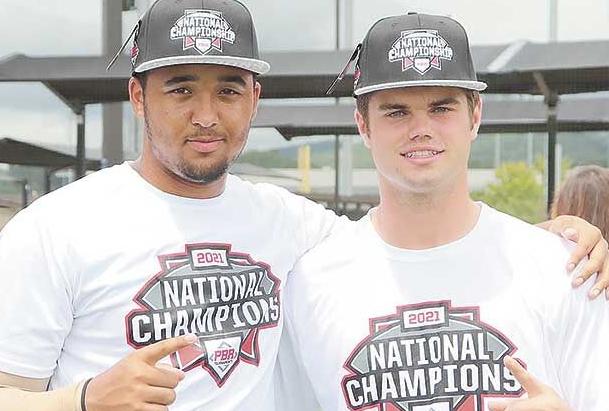 Minnesota Icemen players, Derrick Smith (left) of White Bear Lake and Ethan Loss of Mahtomedi both sparkled at PBR U17 nationals in Georgia. 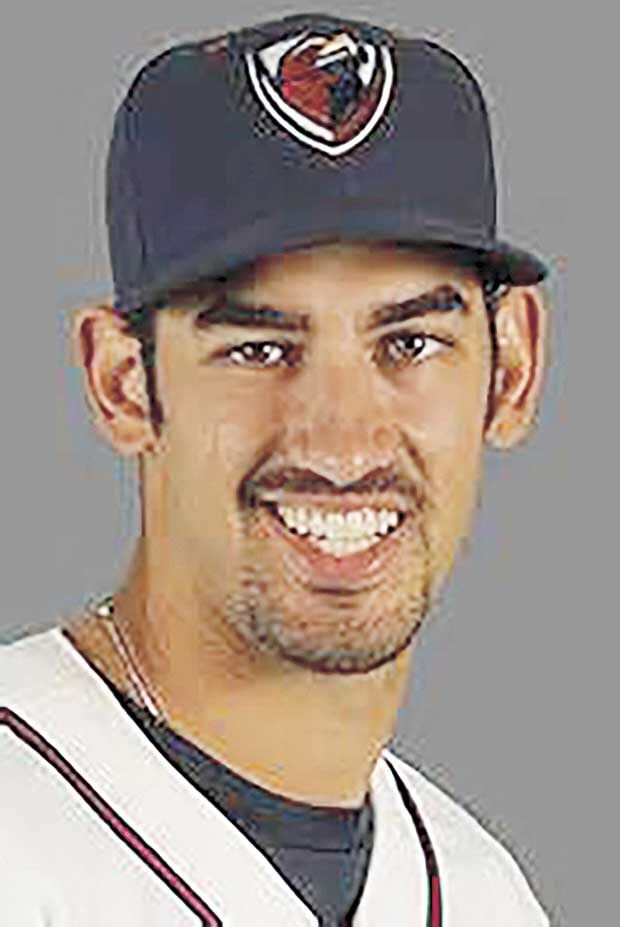 When Justin Gominsky’s pro baseball career flamed out due to an injury seven years ago, the former Mahtomedi Zephyrs and Minnesota Gophers star boldly found a way to remain in the game.

Gominsky started his own entry in the club baseball industry in 2014, calling it Minnesota Icemen. He had a partner at first, but has been sole owner since 2018.

The venture seems to have gone well. The Icemen started with three teams. By 2021, they’ve grown to 35 teams over the course of the year, with age groups 12U to 18U, staffed by 18 coaches.

One of his Icemen squads — with Mahtomedi’s Ethan Loss and White Bear Lake’s Derrick Smith in the lineup — recently won the PBR (Prep Baseball Report) 17U National Championship in Lakepoint, Georgia, posting an 8-1-1 record over seven days to prevail among 154 teams.

“This isn’t only a highlight event for Minnesota Icemen history, it’s for all Minnesota club baseball history,” Gominsky proclaimed. “There has never been a club in state who has even made the final four before, let alone winning the whole tournament. We’ve had a lot of success in state and in the midwest, but nothing of this magnitude at a huge national tournament.”

Gominsky, the program director and also one of the coaches of the New Brighton-based club, praised both local players as key contributors.

Loss, a speedy centerfielder on Mahtomedi’s state Class 3A championship team this spring, batted .355 (11-for-21) with 11 stolen bases in 10 games in Georgia.  “Ethan played all over the diamond for us,” Gominsky said. “He hits in our No. 2 slot and helps gets things going.” Loss played center and right field, second base, and relief pitcher.

Smith hurled a 3-2 win over Top Tier North (five innings, one run, six strikeouts) in the last pool-play game, which they needed to advance.

“Derrick had one heck of a tournament,” Gominsky said. “He also swung the bat exceptionally well.” Smith hit over .300 and belted a bases-loaded homer in a win over Canes Baseball, one of the biggest club teams in the country. He pitched just that one game and played shortstop otherwise.

A gathering of talent like the PBR event was indicative of how prominent the club team route has become in baseball.

“Club baseball has most definitely taken off,” Gominsky said. “When I first started Icemen, I told my wife that if we have two or three teams, I would be pumped, as I just wanted to fuel my passion and stay relevant in the game that I love.”

Most of the top talent, he pointed out, is involved in club baseball in summer and fall, and some are training with the club in the winter. The total cost is around $2,000 per player for summer and $1,000 for fall on the Icemen.

Players can “double-roster” with club teams and their local teams if they want, Gominsky said. Having played VFW and Legion himself ball, Gominsky said his club has “great relationships with associations and some Legion/VFW groups,” and believes they can always work out sharing players.

Smith, a 6-foot-2, 220-pound right-hander, clocked at 93 mph this summer. has already committed to North Carolina State. His exposure on the club circuit helped.

“The game is more fun when you play against higher competition in front of college scouts and even pro scouts,” said Smith. “It makes you a better person and a better player.”

Loss said he’s grateful to be able to play in high-level tournaments around the country “considering the sacrifices made in money and time.” He intends to play college ball. “This helps you to get seen,” he said.

Loss is pinching himself a bit for all that has happened in 2021. After helping the Zephyrs win a state championship — he was 4-for-9 with a triple and five runs at state — he picked up a national gold medal as well.

“It’s a been great year. I’ve played on a couple really good teams,” he said.

They have two more summer tournaments, in Kansas City this weekend and Cincinnati the next. Smith will play with them in the fall season, too, but Loss will be playing football for the Zephyrs. Smith will also play with a “national” team taken from the Icemen and club teams from three other states in the WWBA Perfect Game World Championships in Florida in October.

At Mahtomedi High School (Class of 2008), Gominsky was an all-stater in both baseball (shortstop) and football (wide receiver). His highlight was playing in the Prep Bowl where the Zephyrs “lost a heartbreaker” to Totino-Grace.

He was named Astros minor league defensive player of the year in 2012, when he threw out 26 baserunners, but he struggled at the plate over three seasons with a .239 average and two homers in 164 games. He missed the 2013 season entirely, thanks to a screaming fastball.

“I was hit with a 98-mile per hour pitch in Class A ball, which ended up being a career-ending injury for me,” Gominsky said about the wrist injury that led to him retiring in 2014. “I was never able to come back to full-strength from that injury, unfortunately.”

He has definitely found a way to stay relevant in game he loves.