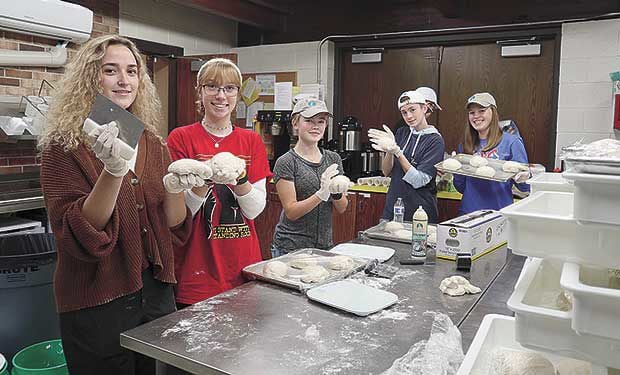 Mathomedi students recently used the kitchen and bread ovens at the church for an all-you-can-eat pizza dinner. Profits benefited many arts and music programs at the school. 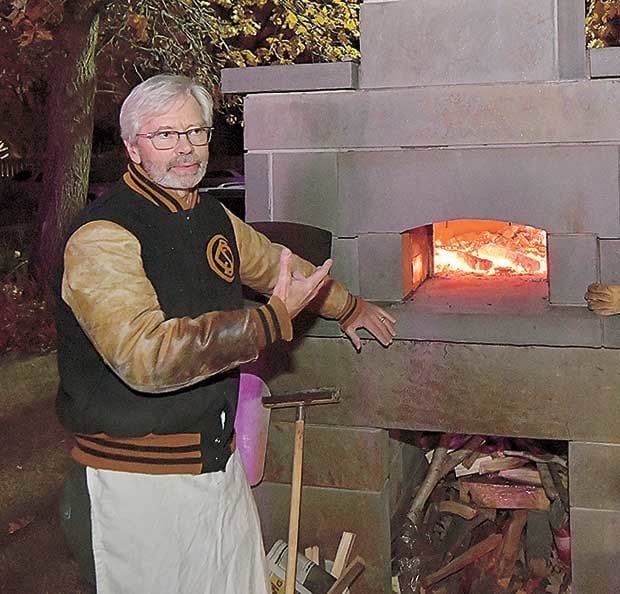 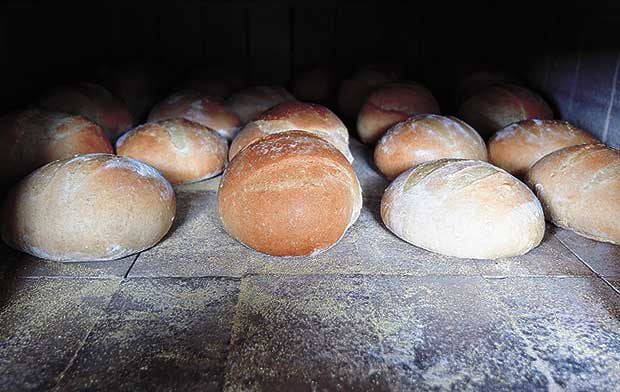 Bread bakes in the brick oven in the backyard at White Bear Lake United Methodist Church.

Mathomedi students recently used the kitchen and bread ovens at the church for an all-you-can-eat pizza dinner. Profits benefited many arts and music programs at the school.

Bread bakes in the brick oven in the backyard at White Bear Lake United Methodist Church.

In the Gospel of John, Jesus commands his disciple Peter, “Feed my sheep.” He may not have specifically mentioned pizza, but through their community brick oven, parishioners at White Bear Lake United Methodist Church (WBLUMC) are using homemade wood-fired pizzas to answer that call.

The idea to build a brick oven in the church's backyard came from former WBLUMC pastor Bryce Johnson, whose two-month sabbatical in 2009 took him to baking classes in Italy and an apprenticeship with a master baker in rural France. Throughout Europe in the 18th and 19th centuries, brick ovens were a centerpiece in village life, providing a space for people to both break bread and, in turn, bond with one another.

That spirit of togetherness still lights the fire of the WBLUMC brick oven today.

“It's a way of getting the community together,” said parishioner Mike Faust, a retired engineer who spearheaded the oven's design and construction.

The White Bear Lake Area Emergency Food Shelf was among the first recipients of the brick oven's bounty. Churchgoers thought a few dozen loaves of bread seemed like the obvious offering but found out that a monetary donation would go much further.

“When we first started, we thought, 'Oh, we'll bake a bunch of bread so the food shelf can use it,' but they don't need bread because the bakeries all have the day-old or two-day-old bread they can get,” Faust said. “What they need is money.”

So started the church's Baking With a Purpose ministry, a fundraising initiative that has benefited myriad causes throughout the last near-decade.

“What we do is bake two different kinds of bread on the first Saturday of the month. We'll typically bake 100 to 150 loaves of bread. It's a free-will offering, but it typically raises between $500 and $700, which goes to whatever designated entity that comes out of what we call our Bread Ministry Team,” Faust explained. “When people come to church, they know when they buy a couple of loaves of bread, two things are happening—they go home with one or two nice loaves of bread, and their money is going to a good cause.”

Among those good causes are local public schools. Monetarily supporting area school districts is a new form of outreach for the WBLUMC Bread Ministry Team, but Faust said the decision to do so was easy.

“One of the things a church wants to do is help people,” he said. “We send money to Haiti, we do a lot of work with Guatemalans, and that's still important. But what can we do in our own backyard?”

The newly formed Zephyr Performing Arts Foundation is one of those backyard beneficiaries. The group was created last year to support the band, choir and theater students within the Mahtomedi School District. This fall, WBLUMC hosted a fundraiser for the group, offering up its facility and brick ovens for an all-you-can-eat pizza dinner whose profits benefited Mahtomedi's many arts and music programs.

Kelly Olsen, Zephyr Performing Arts Foundation co-president, said she has nothing but praise for the WBLUMC parishioners who made that fundraiser—which raised over $1,000—possible.

“I just had to walk in with my volunteers and my hungry mouths and they did all the heavy lifting—planning, purchasing food, providing the space, supervising the students and more, while letting us take the profit above the cost of ingredients,” she said. “I just thought it was so generous that the church was doing this. They need to be acknowledged for the good work they're doing in our community.”

But Faust insists that he and his fellow congregants are merely answering the call of their faith.

“We've got this facility, and there's a need in the community,” he said. “This stuff would just be sitting here otherwise.”

“A big thing we want to do here is to help our community and help the young people in our community, and this is a great way to do that. Bread is such a central symbol in the Christian faith, and the oven says, 'The Bread of Life' right on it,” Eaves said. “That's what it really comes back to, our willingness to share nourishment with hungry people.”