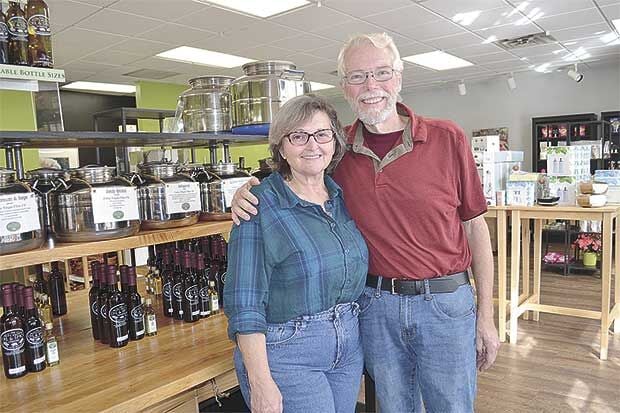 Olive Branch Oil & Spice Company owners Bruce Bushey and Janet Richards are back from their RV adventure and have reopened their store at 4770 Banning Ave. in White Bear Lake. 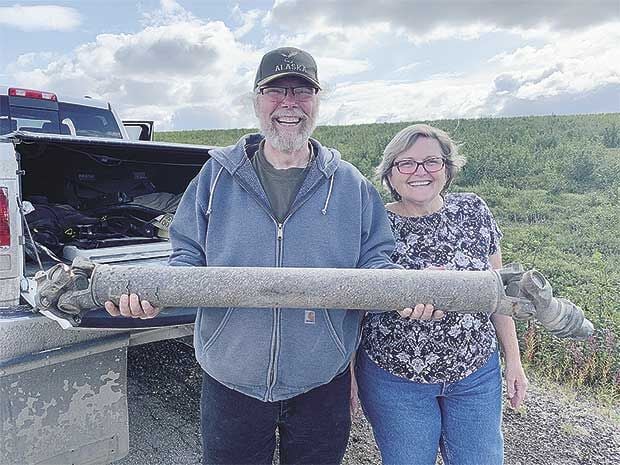 A broken drive shaft in a remote area between Fairbanks and the Arctic Ocean meant a 12-hour wait for a tow truck. A woman stopped and gave them a 2-gallon jug of water and moose jerky. She also insisted on taking their photo. 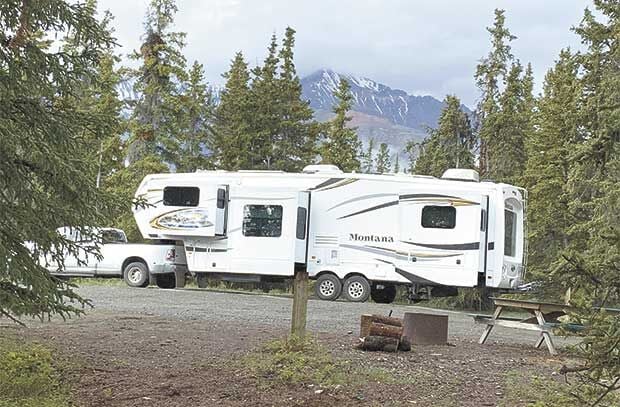 The couple took to the road in their fifth-wheel trailer, parked here at an Alaska campsite. 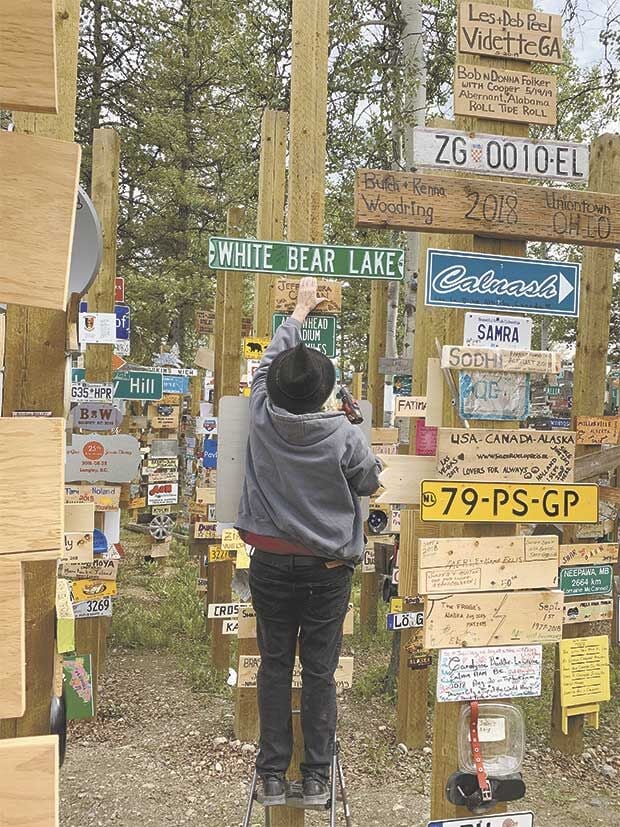 Olive Branch Oil & Spice Company owners Bruce Bushey and Janet Richards are back from their RV adventure and have reopened their store at 4770 Banning Ave. in White Bear Lake.

A broken drive shaft in a remote area between Fairbanks and the Arctic Ocean meant a 12-hour wait for a tow truck. A woman stopped and gave them a 2-gallon jug of water and moose jerky. She also insisted on taking their photo.

The couple took to the road in their fifth-wheel trailer, parked here at an Alaska campsite.

When the former owners of the Olive Branch Oil & Spice Company learned the store was closing in May, they packed up their RV and headed back to White Bear Lake.

It was an abrupt change of plans for Bruce Bushey and Janet Richards, who left in 2018 to become full-time gypsies. They had sold the business at Banning and Fourth Street, their house, furniture and cars, and had donated many of their possessions. Then they hit the road in a 38-foot fifth-wheel pulled by a 1-ton truck, intending to see the country — state by state — for the next five to 10 years.

They managed to visit 15 states in less than three. Their favorite state, by far, was Alaska. But more on that later.

Plans were cut short when the couple learned the current owners were letting the store go. The Woodbury location had already closed months earlier. Their landlord urged them to return to keep the store running. “He told us White Bear needs an olive oil store,” Bruce recalled. “If it was any other place, we doubt we’d have done it. We would have walked away.”

“We really missed the community,” admitted the couple, who owned a house in White Bear Lake for 25 years before taking the lifestyle leap.

The road taught them to be resourceful and flexible.

“You can plan but you have to be OK with changing those plans,” Janet said. “The road might be closed, the weather bad or there’s a bear chasing a moose in front of us.”

They were never afraid, although it was “frightening to let go of society’s expectations,” she added. “There is a stigma of being homeless, but we’re not, we’re just houseless.”

Full-time RV-ing requires a “very organized existence,” Janet observed. “Everything you carry needs a purpose. We had to simplify our lifestyle. It was very freeing.”

Asked if they would do anything different, Bruce answered first. “I would have listened to myself when I was sick.”

He had been battling an upset stomach with antacids a year ago when the pain got so bad while visiting friends in New York City that he went to a hospital emergency room. The indigestion turned out to be cancer of the bile duct.

That’s where Janet brings up the “luck” they experienced during their many adventures. A better word might be providence.

By chance, or perhaps providence, the attending physician was a renowned liver surgeon. The doctor immediately detected early stages of jaundice and scheduled emergency surgery to remove a 2-centimeter tumor.

While Bruce spent weeks in the hospital, Janet camped out in a New Jersey parking lot owned by an old classmate she fortuitously found on Facebook. That forced her to drive and set up the RV all by herself — another lesson learned that both people must know how things work.

Today, the cancer is gone and Bruce is 90 pounds lighter.

As for the summer spent in Alaska, they were “awestruck by nature every day.”

“It should be seen in an RV,” Bruce said.

To prepare for the drive to the 49th state, they searched tips on Facebook from other RVers. They heeded one in particular for maneuvering the infamous Alaskan highway. Before they left, they equipped their trailer with 8,000-pound axles to sustain any road condition they encountered. Their truck, however, didn’t fare as well.

On a return trip from Prudhoe Bay, on a bumpy dirt road riddled with potholes, the drive shaft broke. They were stranded 150 miles north of Fairbanks where they had left their trailer. That’s when they learned about Alaska Nice.

“Everyone who drove by (and there weren’t many) stopped and asked if we had food and water. A trucker took our daughter’s phone number and as soon as he got cell service, called her in Colorado. She called our insurance company and a tow truck. It took 12 hours to get to us.”

Do they have advice for people who want to RV full time? “Do it,” Bruce said.

Will they return to the road? “Yes,” they replied simultaneously. “Did we say that together fast enough?” Bruce asked. “We’re not done yet. There is so much more to see.”

And by the way, they shared that they saw their combined four children and eight grandchildren more than they did in Minnesota.

Still, they are happy to be back in the community and are working hard to restock the store with its many flavors of oils and vinegars. Their knack for pairing oils and vinegars in recipes is back, too.

“COVID has made people discover the joys of eating at home again,” Bruce noted. “That helped our decision.”

New this round is a chocolatier sharing a third of the space selling no-sugar-added confections. Called Luv, the business is a welcome addition to the Olive Branch, they say, as it will let them focus more on core products.

A downside to the timing of their new venture is the season. “We have to buy winter clothes again,” Bruce said. They gave their cold weather gear away before they left — at least everything but their thermal underwear.

And no, they won’t be living in the trailer. They’ve rented an apartment in White Bear.

The couple agree they’re ready to take on the challenge and “settle down a bit,” Bruce said. “We feel we are needed here. We have a talent for this, and we are holding on to hopes that White Bear still wants us. We call our return Second Chance 2020.”

A grand opening at the store is planned in October.