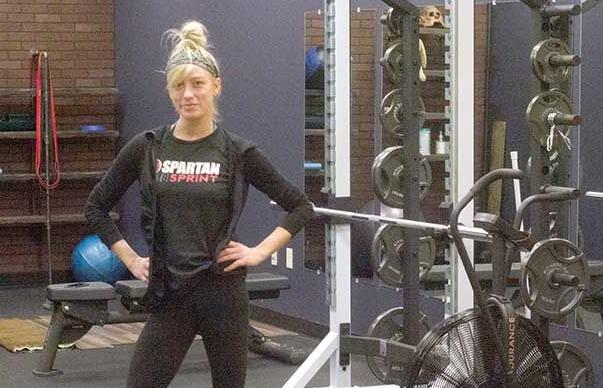 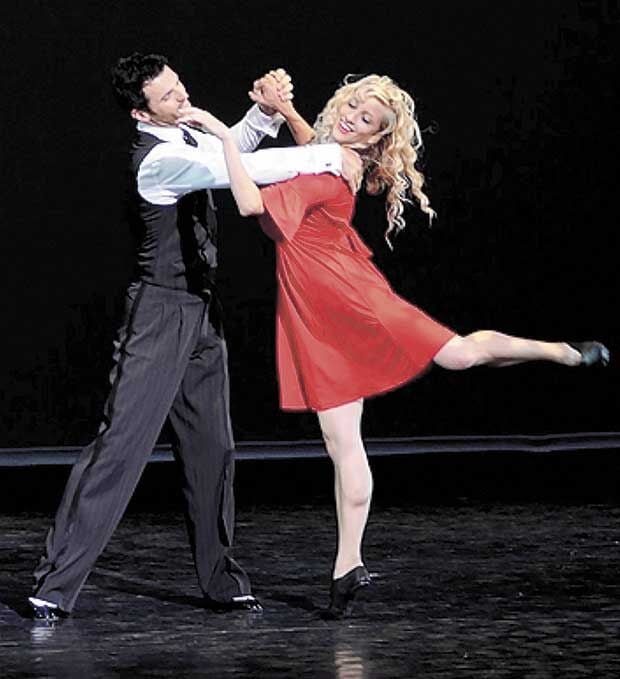 Samantha Zack dances with Tony Dovalani in “How to Succeed in Business Without Really Trying,” in a role for which she was nominated for an Astaire award. 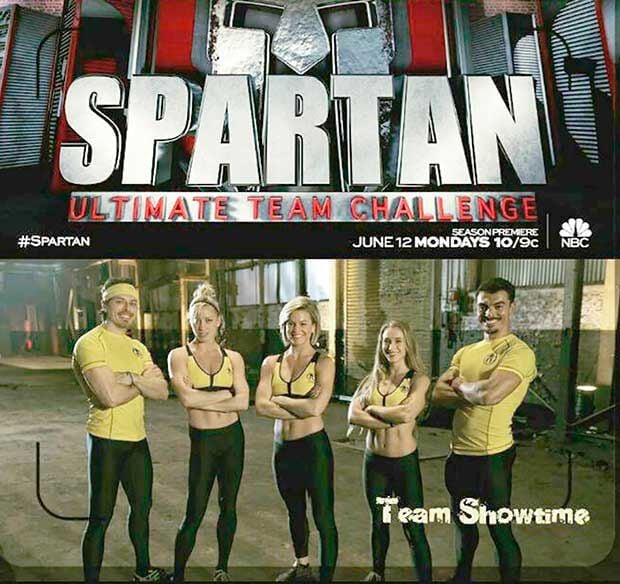 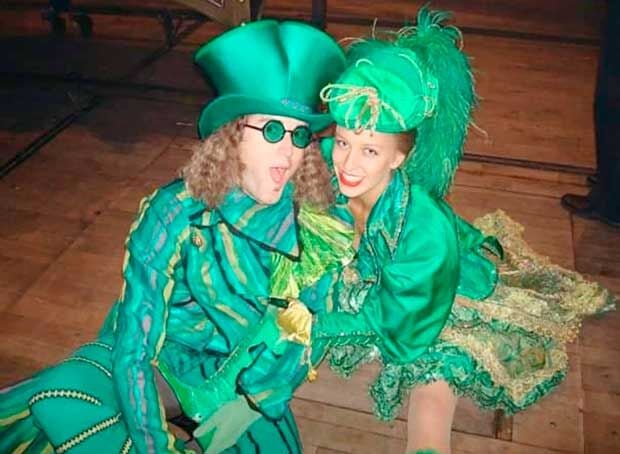 Sam Zack with a fellow actor in "Wicked" on Broadway.

Samantha Zack dances with Tony Dovalani in “How to Succeed in Business Without Really Trying,” in a role for which she was nominated for an Astaire award.

Sam Zack with a fellow actor in "Wicked" on Broadway.

The bright lights of Broadway beckoned Samantha Zack of Hugo as soon as she graduated from high school, and the talented dancer spent 13 years in show business in New York City.

Zack, 33, has been back home for a year now, and opened Full Circle Fitness this past July. She feels her life in dancing serves her well to help clients.

“I’ve been dancing since I was 2, and dancers have the best body awareness in general,” she said. “I’ve been teaching kids to work on themselves since I was 13. Dancers are training in front of a mirror and look at each other all day long. I feel like we can look at someone and see if they have any injury or something is wrong. Any client that comes into my gym, we can do a fitness assessment.”

Zack’s multiroom studios are located in her father Larry’s Fresh Paint Inc. building at 13497 Fenway Blvd. North. This new fitness center focuses on functional movement, mobility, strength and flexibility training. Dance classes will soon be added. She started doing personal training in July. A ribbon-cutting scheduled for November was delayed by the state shut-down, but she remains open.

Larkin Dance Studio, headed by Michelle Larkin, was the center of Zack’s world from preschool through high school at Hill-Murray, from which she left early each day to spend up to nine hours at the studio. Her school years consisted of year-round dance competitions. The Hill-Murray theater department asked her to join them, but she was too involved with Larkin.

Zack earned an academic scholarship to Arizona State, but Michelle Larkin said, “Nope, you’re going to New York.” Zack happily complied. Michelle was “like a second mom” and her actual parents, Larry and Maggie, were on board as well. “My parents were fully supportive,” she said. “They treated it just like my older sister Alaina going to her four years of college. It was as if I was at a college.”

Within two weeks of arriving in the Big Apple, she was dancing behind Durand Durand at Radio City Music Hall. At age 19 she joined the cast of “Wicked” — succeeding on her sixth audition — and spent three-plus years with the production, alternating between Broadway and Los Angeles and touring other cities, performing 17 different roles. She toured with 30-some performers, including 18 dancers (nine male, nine female) in casts headed by first Megan Hilty and then Nicole Parker.

Her resume includes two appearances on “Saturday Night Live” and one on Jimmy Fallon’s “The Tonight Show.” She also did a Snoop Dogg concert and appeared on NBC on “Spartan Ultimate Team Challenge” in 2017 with a team of five dancers.

On “Saturday Night Live,” she danced in opening numbers behind hosts Jane Lynch and Kanye West. Asked if the dancers mixed with the famous SNL talent, she said that was the case, being in the studio for long days. “I got to know Jason Sudakis really well,” she said. “It’s a small world (show business), and we had mutual friends.”

On Jimmy Fallon’s show, she danced in a group with Kevin Bacon for a revival of his hit movie, “Footloose,” and a Fallon skit called, “What Does the Fox Say?”

Another highlight was spending a year and half in a revival of “How to Succeed in Business Without Really Trying,” which starred Daniel Radcliffe of Harry Potter fame. “It was athletic, stylish dancing,” said Zack. She created the role of a character called Lily, working with a choreographer. For Lily, she was nominated for an Astaire Award for best female Broadway dancer in 2011.

“I loved New York so much,” she reflects. She especially enjoyed dance and singing lessons, running along the Hudson River, and cast fellowships. She did some clubbing at first but “got that out of my system before I was 21.” More fun were the cast parties they referred to as the SNOBS Club (“Saturday Night On Broadway”) organized after the second show each Saturday night.

Another fun activity was participating in Fantasy Football during the “How to Succeed” run. “We’d get there early before Sunday shows to watch football,” said Zack, adding that star Radcliffe, a native of England, was an avid participant.

She left New York when the jobs for ensemble casts became harder to find; she got an opportunity to work for Equinox Sports Club in San Francisco. “They scouted me and offered a good job,” she said, so she switched coasts and careers, working as a fitness and dance instructor. She had been training young dancers since her teens, so that was no stretch.

Zack spent a year and a half in San Francisco and loved the job but “never felt at home there,” and was robbed four times. Once she was riding a scooter and was sideswiped by a car, which knocked her off the scooter, and “then they drove my scooter away, too.”

After all that, and breaking up with a boyfriend, she decided to head home in November 2019. She has been living with her parents while starting the new business, choosing the name “Full Circle Fitness” as a nod to her own return to her hometown and studio roots.