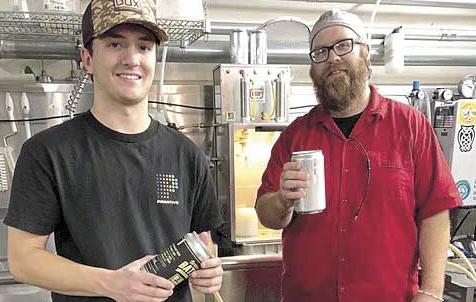 Jake Medvec and Adam Engle can and label Big Wood Growlers at the downtown White Bear Lake location. Patrons will soon be able to enjoy their favorite beers at an expanded taproom in Vadnais Heights. 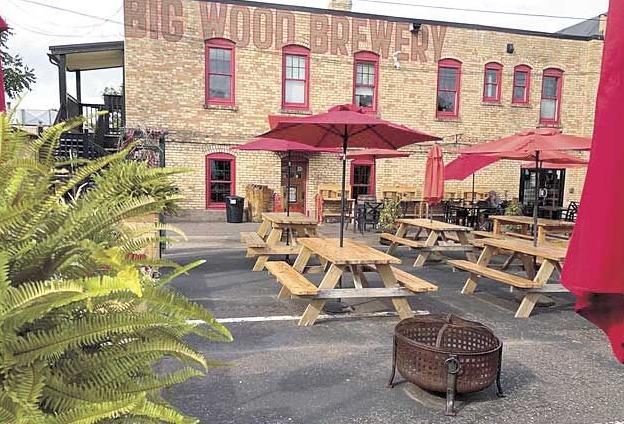 Jake Medvec and Adam Engle can and label Big Wood Growlers at the downtown White Bear Lake location. Patrons will soon be able to enjoy their favorite beers at an expanded taproom in Vadnais Heights.

In a Sept. 8 press release, brewery owner Jason Medvec said the company's small footprint at 2222 Fourth St. can't accommodate its growth. After an extensive property search, the brewery found its next location on a historic parcel in Vadnais Heights.

The Vadnais Heights City Council approved a purchase agreement with Rumblestrip Holdings and Big Wood Brewery last week for a 3.25-acre property at the intersection of Vadnais Boulevard, Edgerton Street and Centerville Road. The corner was once the home of Garceau Hardware and its Polaris dealership. The city purchased the parcel in 2015 and it's been vacant ever since.

Medvec, a White Bear resident, said the property is nearly four times the size of their current space. They expect to transition to the new location in 2022.

Vadnais Heights wanted a brewery. A task force made up of local residents, community leaders and business owners identified commercial beer making as the best use for Garceau Corner. City staff then began looking for a business person who wanted to turn the 1950s hardware store into a brewery.

"I took one look at the property and knew it would be amazing," Medvec said. "I had the vision for what it could become. It gave us the space we need to create something special."

A larger scale production brewery is planned with an even larger public tap room than the one in White Bear. Medvec intends to make the new location a "true destination brewery." He also hinted at food trucks, fire pits, live music and green space as part of the landscape.

"My goal is to create a community-centered venue where there is always something exciting happening and where everyone feels welcome, building off what we achieved in White Bear Lake."

The brewery owner credits the downtown location, the dedication of the craft beer company's people and community support as key to growing Big Wood into a notable Minnesota brand. The business model has always been community oriented, said Medvec, who ran an advertising agency in White Bear before going into the beer business. Medvec is also a guitarist for The Devon Worley Band, which has opened for some of country music's biggest stars.

"This community has been our rock," he noted, of the city of White Bear Lake. "The move is bittersweet and we thank everyone who has supported our efforts and our growth. We have made many wonderful friendships and exceptional business partners in White Bear Lake. We intend to continue a strong relationship with both."

Big Wood Brewery was founded in 2009 in Vadnais Heights as a recession side project at a wood flooring business.

Vadnais Heights Mayor Heidi Gunderson said she's thrilled the brewery is coming to Garceau's Corner, a place that served as the city's original downtown for decades. "They have a wonderful vision to transform the corner into a beautiful space," said the mayor.