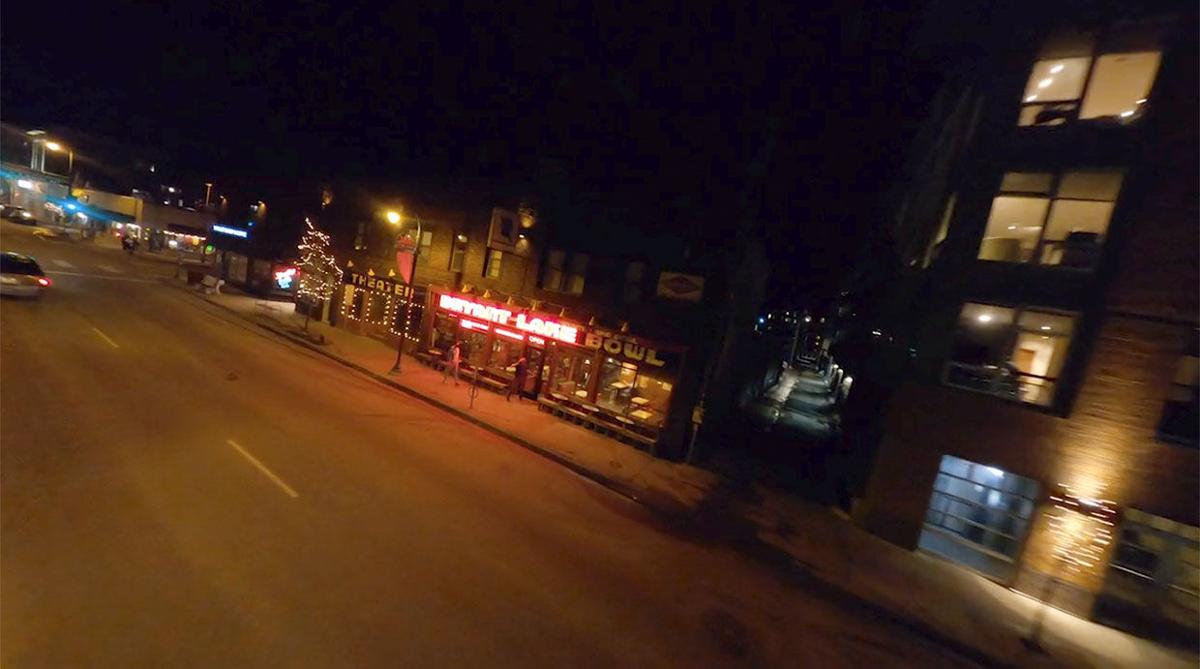 A still image from the Bryant Lake Bowl video. 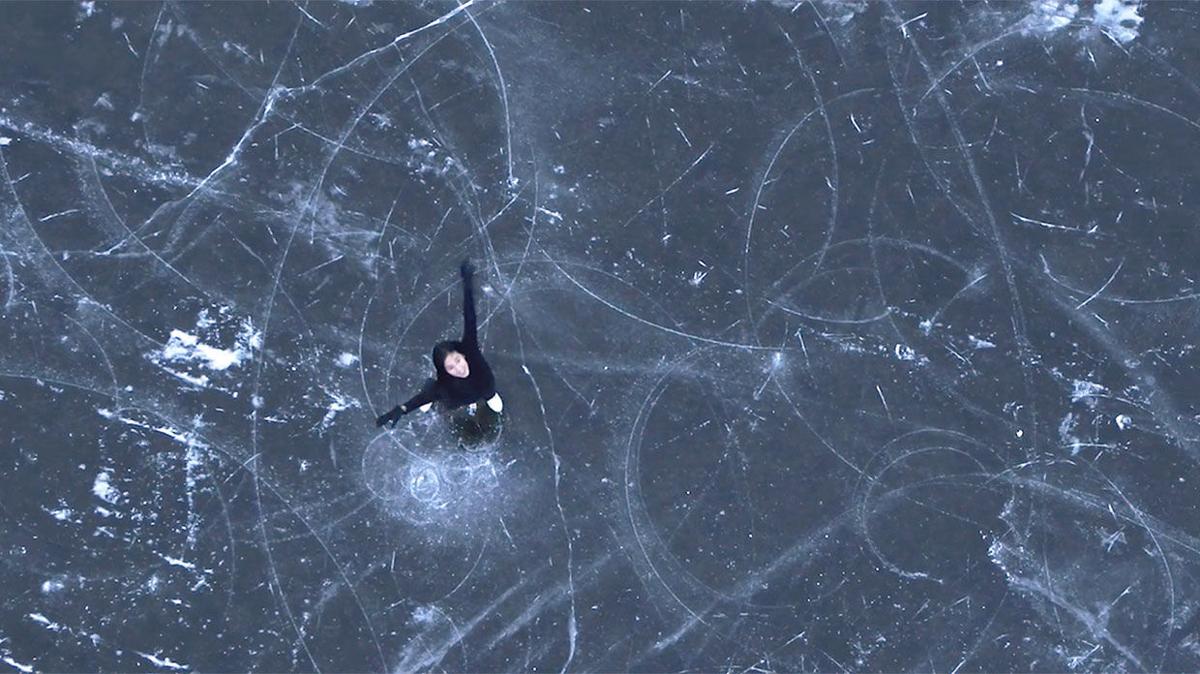 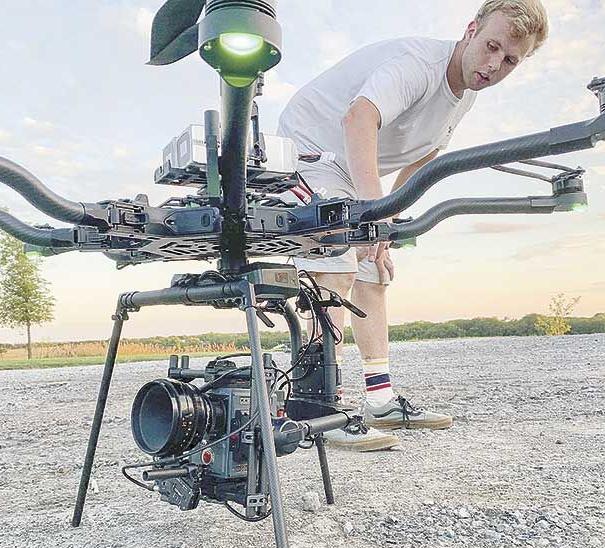 Jay Christensen changes the battery on an Alta drone in 2019. 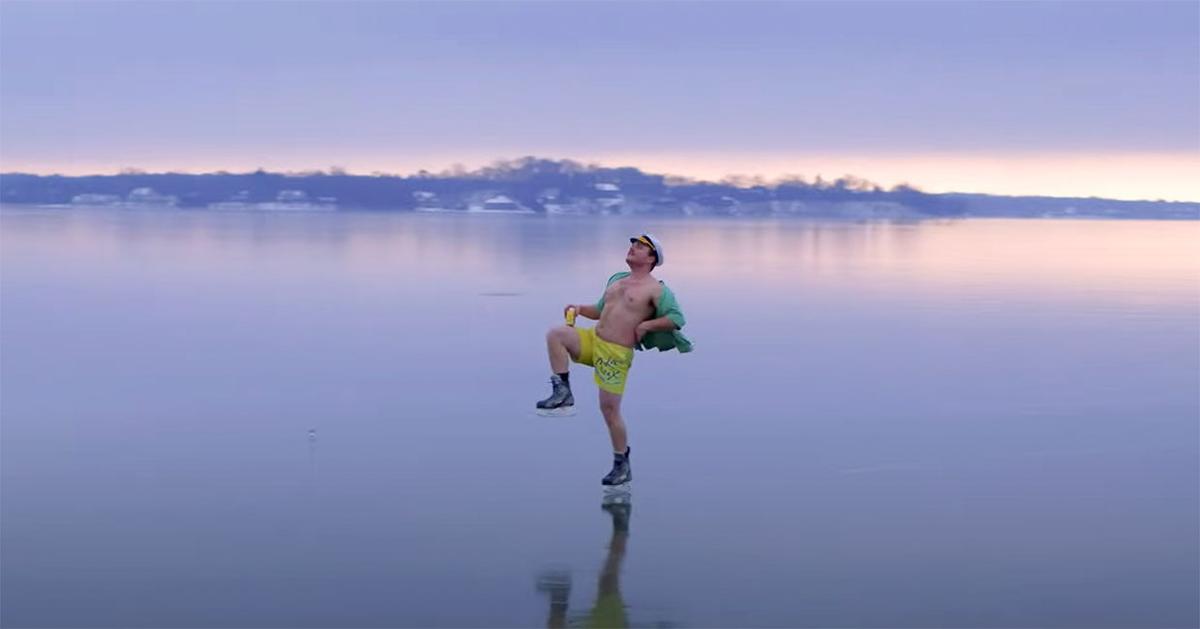 A still image from the Bryant Lake Bowl video.

Jay Christensen changes the battery on an Alta drone in 2019.

If you've ever wondered what a bird sees when it's flying around a city, just watch a drone video made by former Mahtomedi resident Jay Christensen.

Now available on YouTube are Christensen's aerial videos from 2020 over the empty streets and empty seats of Minneapolis and another capturing the unusually quiet streets of St. Paul. A poignant video, “Yam Haus Auld Lang Syne,” about the year of upheaval in Minneapolis, is set to the version of “Auld Lang Syne” recorded by Minneapolis pop band Yam Haus. It’s a tear-jerker.

And how did that darn bird get into that bowling alley, anyway?

Christensen's most recent project, a one-take video, “Right Up Our Alley,” has raked in almost 2 million views since its debut on March 8. Like a bird stuck inside a building trying to escape, the video drone flies swiftly around the entire interior of the Bryant-Lake Bowl. Over the bowling balls it flies, swooping down over the heads of bowlers, careering around the corners of the bar and theater and zooming through the back tunnel over the mechanical pin setters.

Following a chat with bowling alley owner Erica Gilbert, Christensen and his team were allowed into the business after hours to perform their artistry and technical magic. Christensen, who lives very close to the historic Bryant-Lake Bowl, decided he wanted to help the owner by creating a video advertisement using a drone. He didn't want to see the bowling alley close down for good after its struggle to lure patrons back in following the COVID-19 shutdown and civil unrest.

“I think it's important to help Minnesota businesses hurt due to the lockdown and protests,” Christensen said.

In a revolutionary effort, “Right Up Our Alley” was shot entirely without edits or additions and took about a dozen attempts to reach perfection.

Videos made by Christensen and his team are seen around the world, most notably, “LaCroix on Ice, from early 2020, seen by at least 175,000 — including Olympic figure skater Michelle Kwan. As she happened to be in town, she quickly contacted Christensen, who then produced an aerial video of her skating on White Bear Lake. “LaCroix on Ice” features Christensen's friend, McQuaid Boo, figure skating on hockey skates on clear ice near Ramsey County Beach.

Christensen got his start when he was attending classes at Mahtomedi High School. He took video classes as an underclassman, and in his senior year took a droning class as technology evolved. He was also active in the robotics club, which turned into the drone club.

“I started doing a lot of video, and drones combined with video,” Christensen said. He was attracted to what he called “the infinity of possible angles” by flying a drone.

After graduating in 2014, Christensen returned to MHS each semester to give presentations to the video club. He even donated a drone to the school.

Although he didn't visit his alma mater at all during 2020 due to COVID-19, Christensen still emphasizes that “it's important that I pay back to the high school.”

Not too long ago, Christensen conducted a video demonstration for Girl Scout troops and flew some of his drones for them. “To see the young girls interested in droning is encouraging,” he said. He laments that males outnumber females in the field by 99 to 1.

“So many girls may not realize they have a good eye and good storytelling skills, and that they can use a drone to enhance those skills,” he said.

Christensen spent two years at the University of Minnesota-Duluth experimenting with drone technology and working with his peers to see if they had talent for the field. Although he didn't finish college and felt bad about it, he knew he had the passion for drone work and not his studies.

When Christensen asked his professor if he could stay on campus and use university resources to continue experimenting with drone technology and artistry, the professor said, “Of course — you're paying for it.” His professors recognized his passion for drones and even let him teach drone courses and showcase his talents.

“I was lucky with my first job after college,” Christensen said. After a local company saw Christensen's work on social media, he went to work for them teaching cinematography in combination with droning. He also made videos for people free of charge.

“I can't demand money from people without showing them my work ethic first,” he said. “It's good to show clients you're in it for more than just making money.”

Creating the best project he can helps Christensen build on his craft. “You gain real experience, and then clients see what you can do and come to you,” he said.

Christensen and his company, Rally Studios, along with director Anthony Jaska, have done several local projects, such as advertisements for T-Mobile, as well as for The Minnesotan, a White Bear Lake clothing store.

“People should realize that it's not just me,” Christensen said. “Many people have been involved in my projects.” He recruits friends to donate their time preparing the scene and acting naturally in his videos. “People have a tendency to look up and stare at the drone flying by,” he said. “I've always had people in my corner to help, and that means a lot.”

Christensen is a high-flying example that good things happen when you do a good turn for others.

“The bowling alley business got so busy from that video that they had to hire more employees,” said Bette Christensen, Jay's mom. “Mission accomplished!”

Right Up Our Alley