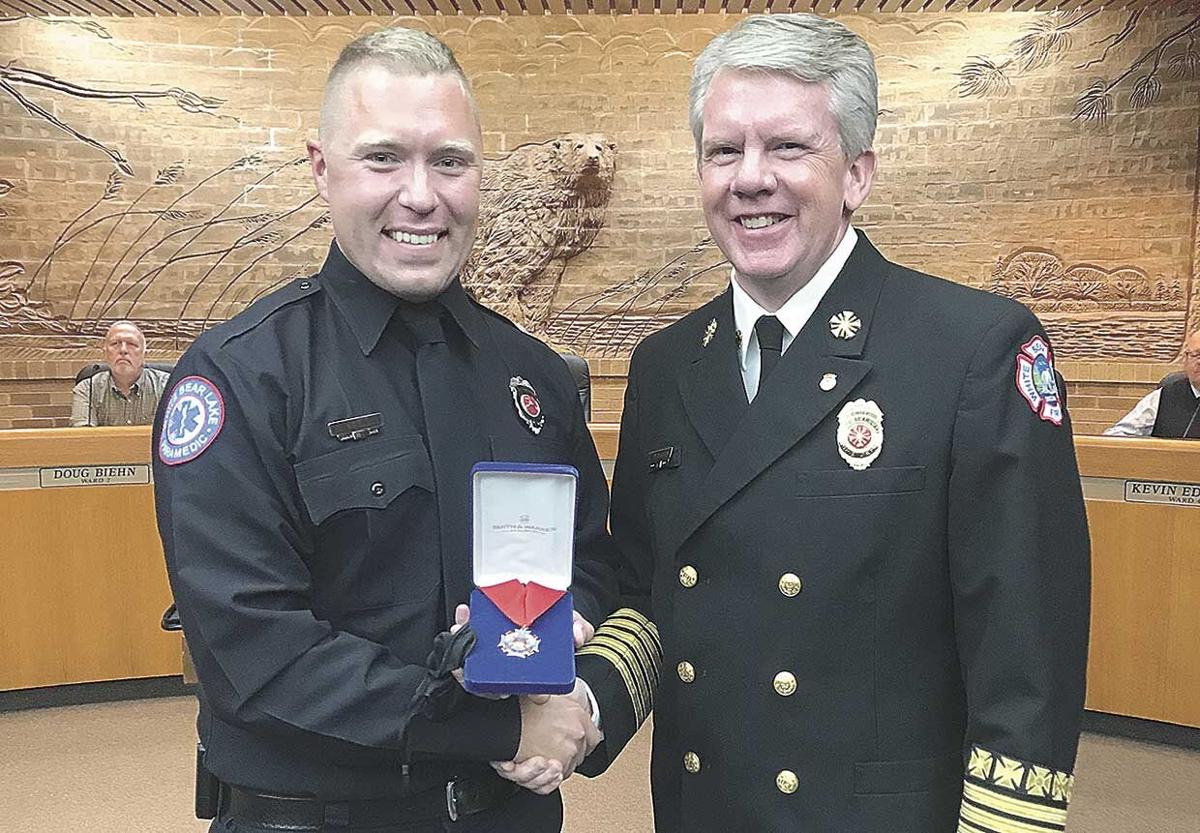 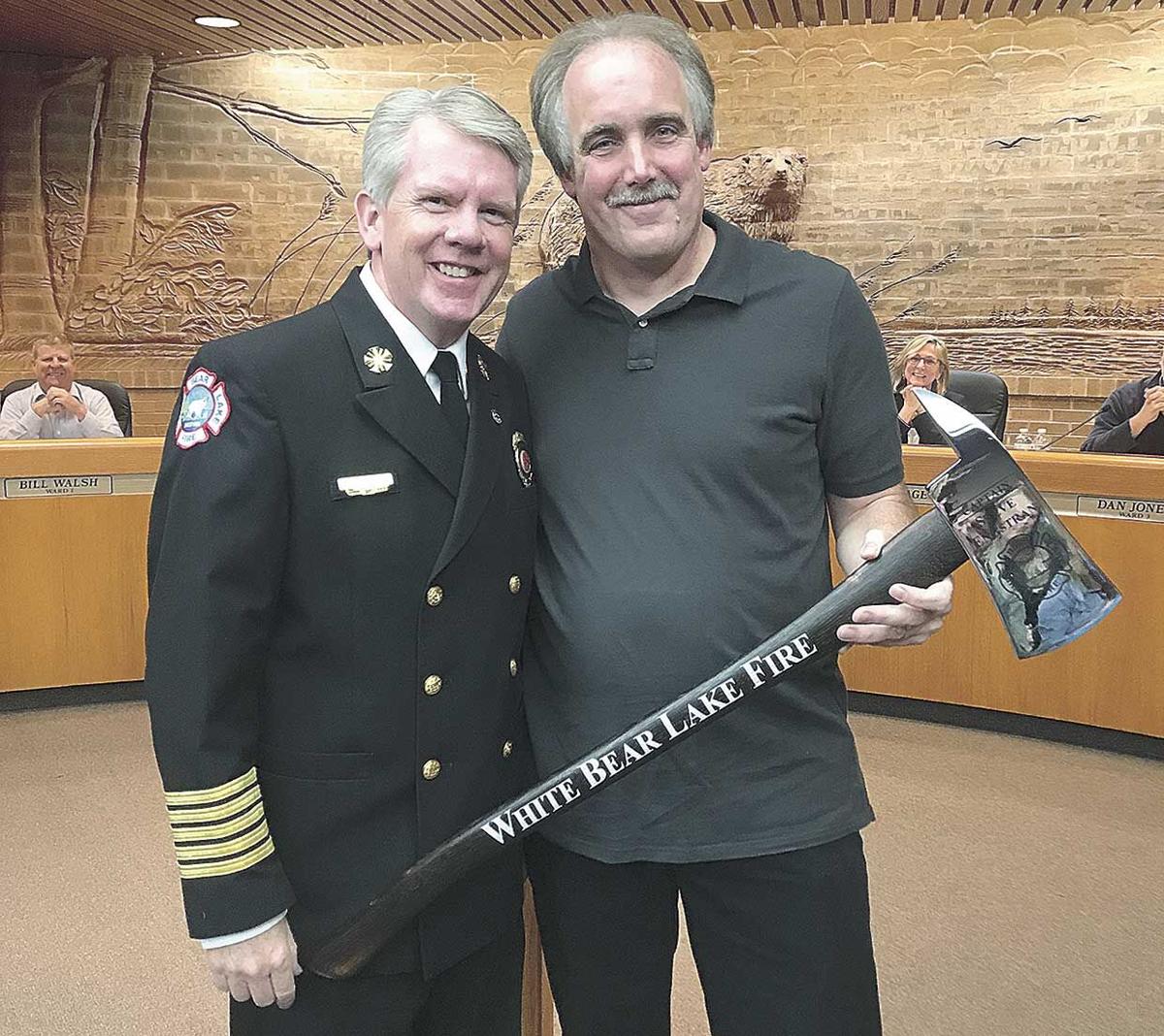 Retired firefighter and City Councilman Steve Engstran (right) was presented with an axe for his 30 years of service by Chief Peterson.

Retired firefighter and City Councilman Steve Engstran (right) was presented with an axe for his 30 years of service by Chief Peterson.

Observing that 2020 was a "lousy year for all of us," White Bear Lake Fire Chief Greg Peterson said department recognitions have been a "long time coming."

The time came Oct. 12 during the regular City Council meeting. First on the recognition list was Steve Engstran, a firefighter/EMT who retired as a captain last year after 30 years of service. The chief said the department is "proud of what Steve's done" and noted a number of retirees were in the council chamber to help him celebrate. Engstran also represents Ward 5 on City Council.

Next to be recognized was firefighter/paramedic Rob Weidman, who received the Medal of Valor. "There's a story to go with this," Peterson said. "On April 2, 2020, we received an alarm for a fire at a townhouse complex. Fortunately, two firefighters were already at the complex attending to a medical emergency. Rob went to the unit and found it filled with thick smoke with zero visibility. When he called out, he heard a faint and scared voice respond. He entered the unit with no gear or breathing protection, felt his way through the smoke and found a 60-year-old woman on the kitchen floor next to her wheelchair. There was an active fire on the stove and cupboards above. He took her to safety. She was transported to a local hospital and treated for burns to her hands, arms and face and smoke inhalation. She made a full recovery after a couple weeks in the hospital."

Weidman's act of valor was above and beyond the call of duty, Peterson said. The paramedic exhibited exceptional courage, presence of mind and swiftness of action regardless of his personal safety in an attempt to save a life. The department medal serves to recognize his bravery and courage.

Finally, a dozen firefighters took their oath of office from the city clerk. All then retired to the public safety training room for celebratory cake and coffee.