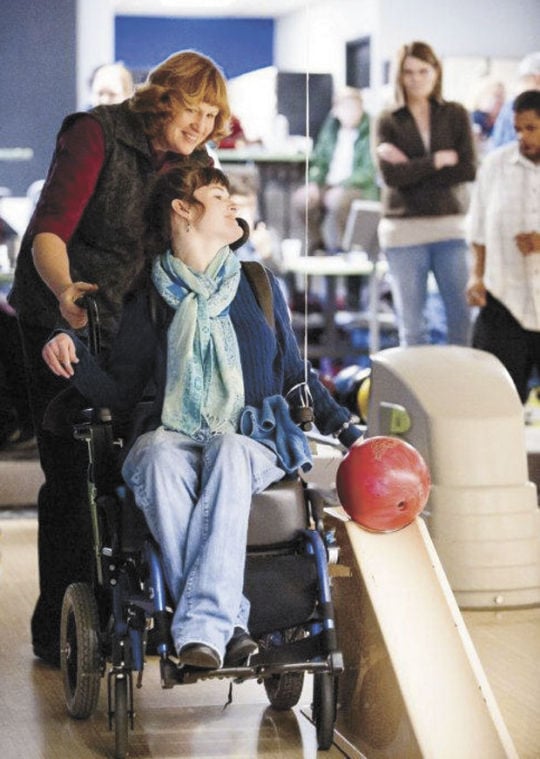 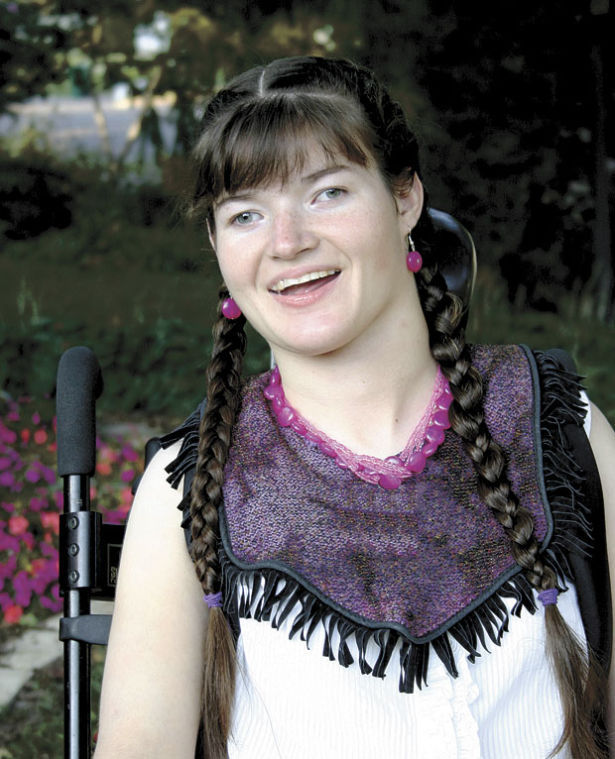 Her own journey to make sense of a senseless accident led Diane Hovey to a career change and to author a book to help children realize people with disabilities have gifts to share.

Nearly 25 years ago a misfortune left Diane’s youngest daughter, Sonia, with severe disabilities. The mother from Maplewood now works as a therapist in Vadnais Heights and a few years ago published a children’s book based on her family’s journey to accepting Sonia’s limitations. The book is the theme for the upcoming gala fundraiser for Merrick Inc., where Sonia, now 26, attends the day program.

When she was 14 months old, Sonia stopped breathing in the middle of the night. Twenty-five minutes passed before she was revived. Her parents later learned she had choked on a popcorn kernel that lodged itself in a lung and caused gradual swelling.

Due to severe brain damage, one doctor predicted Sonia would be “little more than a lump.” While Sonia can’t walk, speak or care for herself, her mother said it is clear to those who know and love her that her spirit is still alive.

“She has a radiant smile and beauty that shines through her. Her laughter is intoxicating,” Diane said. “These are incredible gifts — ones we savor and ones we seek.”

Sonia communicates by pointing to pictures on an electronic device; her favorite symbol is one for “let’s go.” She spends her weekdays at Merrick Inc., a Vadnais Heights nonprofit providing therapeutic, employment and enrichment programs for adults with intellectual and developmental disabilities.

When Sonia was in elementary school her mom wrote a fairy tale to read to Sonia’s classmates to help them understand what happened to her daughter. Like Sonia, the princess in Diane’s tale had disabilities following a medical crisis that prevented her from breathing. And like Sonia, Princess Sophie still had love, laughter and other gifts to share.

In 2008 Diane decided to polish her tale and share it with a wider audience. It won a Writer’s Digest International Self-Published Book Award.

While it’s a book for young children, Diane said her story also has a message for older family members grappling with a loved one’s limitations. Like the Hovey family, the royal family searched for a miracle cure before accepting there wasn’t one and finding that was OK.

“With tragedy come questions, most especially, ‘Why?’ ‘Why me?’ ‘Why us?’ ‘Why, why, why?’” Hovey wrote in an essay describing the inspiration of her book. “The search for answers and the desire to fix, to return to ‘normal’, is strong. It pushes and compels. Each new milestone, pothole and sleepless night triggers new questions and pangs of loss. Learning to handle these encounters is part of the journey, a journey that seems never-ending.

“Happily ever after is not part of real life. Nor is it part of the ‘Princess Sophia’s Gifts’ fairy tale. Like my daughter, the princess does not miraculously return to being non-disabled. Nor does everyone come to understanding. In this fairy tale and real-life story, happily ever after is an acceptance of what is, as well as a push for unanticipated possibilities to unfold. It is a dynamic balance.”

Sonia’s accident stirred Diane to go back to school in search of a second career more personally meaningful than interior design.

After earning a doctorate in family social science, the Maplewood mom started a nonprofit called the Family Institute for Creative Well-Being, which provides art therapy programs to families with a member who has disabilities. When the economy made fundraising extra challenging, she said she was forced to close her nonprofit.

In 2007 she started her own therapy practice, Alliance for Healing, which is now located in Vadnais Heights. Initially she specialized in helping individuals and families cope with disabilities and illness.

Now she specializes in helping individuals and couples survive sexual addiction and infidelity. She said the shift in specialties was in response to the unmet need. She’s one of only five certified sexual addiction counselors in the state.

Hovey also is one of three Minnesota therapists certified in biblio/poetry therapy, which is a method involving reading and journaling to help clients express emotions and reach self-realization. She currently serves on the national board of the primary organization which promotes this form of therapy and previously served on the national board governing its credentialing.

Writing — especially poetry — is therapeutic for her own self, Diane said. She’s had a few poems published in anthologies, and has had scholarly articles published as well. She’s penned two more children’s books, which she might seek to publish someday.

Her more pressing goal is growing her therapy practice. She hopes to soon expand to a clinic with multiple therapists.