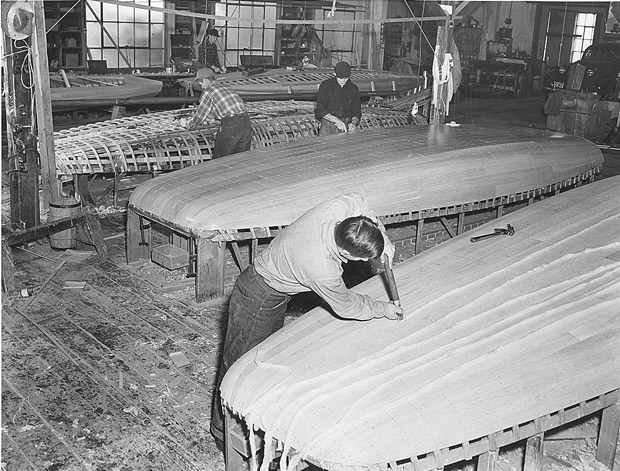 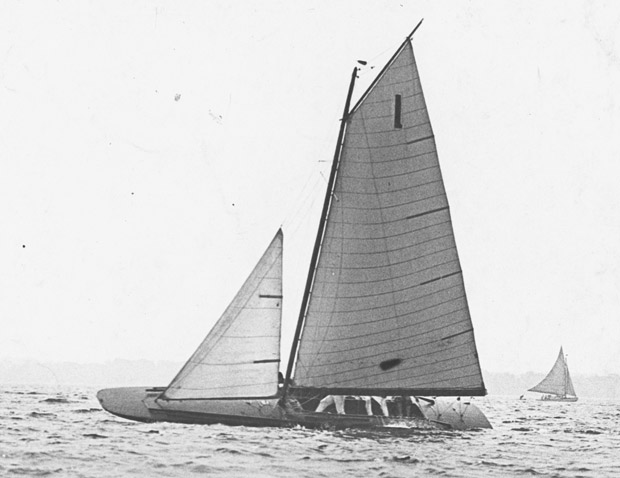 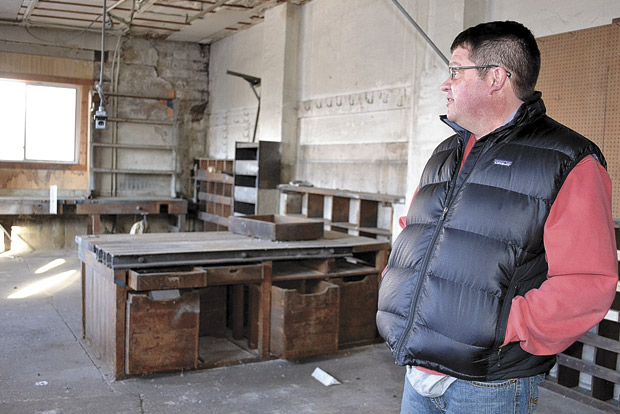 Standing for 100-plus years near the shore of White Bear Lake, the iconic Boat Works building is scheduled for demolition in February.

Jason Brown has not decided if he will watch.

Stepson to Skip and the son of Marge Johnson, Brown grew up at Johnson Boat Works, the business Skip inherited from his father Iver, who took it over from his father, founder Johan O. Johnson.

A recap of the building’s history and family lineage starts in the year 1875 in Norway when J.O. was born. Orphaned at a young age, he was sent to live with relatives but soon developed a taste for sailing. At 14, he worked as a galley boy on a mail and freight schooner traveling up and down the coast. Johnson met his future employer in Norway, Gus Amundson, who had immigrated to the United States in 1882. He offered Johnson a job if he ever came to White Bear Lake. In 1893, the 18-year-old Johnson took him up on the offer.

Johnson worked for Amundson for two years, building rowboats and traditional sailboats for inland lakes.According to the White Bear Boat Works website, the young Norwegian was more fascinated with boat design than construction and began work on a radically different concept; a flat-bottomed sailboat that would ride on top of the water instead of through it.

One day Johnson told a customer about his idea and the man agreed to invest in the new design, “just for the fun of putting one over on his friends at the White Bear Yacht Club,” or so the story goes.

Overnight Johnson became self-employed and rented a building on the site where the White Bear Boat Works is now, a block away from Amundson Boat Works in Cottage Park. He began building the first scow, which promptly won its first race in 1896 at the Yacht Club, “not only lapping the fleet but was home with the sails down by the time the second place boat crossed the finish line.”

C. Milton Griggs, a wealthy businessman living on Manitou Island, was impressed by the victory and financed another boat, a 38-foot scow he named the Minnezitka, Indian for “Water Bird.” It went on to win the club championship that year and is the predecessor of the legendary Class A scow, still raced on White Bear Lake during the summer.

Johnson’s old boss became his competitor, but they stayed lifelong friends. Amundson died in 1935 but his sons, too, carried on the business until 1957 when it was sold to the Ahren family and renamed White Bear Marine. The Ahrens sold the business to Fletcher Driscoll, who renamed it White Bear Lake Boat Yard and ran it until 1968. The building was bulldozed in 1971.

Like Amundson, Johnson’s three sons joined him in the business: Milton, Iver and Walter. They encouraged growth and construction of other scow models and the conversion from wood to fiberglass.

J.O. died in 1968 and Iver in 1976. The last wooden boat was built by the company in 1978, and in 1998 the boat molds were sold to Melges Boat Works in Wisconsin. The city of White Bear Lake purchased the property a year later.

Iver’s son Skip and Buster’s son Steve both went to work at the Boat Works in the ’60s. In 1979, Skip bought out his cousin and took over ownership of the company.

His stepson, Jason Brown, remembers drilling holes in sailboat molding at the age of 6. He fondly recalls jumping through a trapdoor in the floor into piled cedar shavings and shoveling coal into a hopper for the old furnace in the cellar. Brown said he and fellow ice boaters would often huddle around the ancient coal burner after a frigid day on the lake.

After the city bought the land, Brown and his wife Angie leased the buildings, opening White Bear Boat Works. He had signed a non-compete contract to build boats so the couple shifted their focus to sailboat repair and service, engine repair, storage, brokerage, rigging and sail mending. The business relocated to Hoffman Road on Little Goose Lake three years ago.

Brown is still an avid sailor, racing the A scow his great-grandfather invented. His dad Skip still sails an MC, a 16-foot, cat-rigged boat, near his Dellwood home.

Brown, 46, said he doesn’t like to think of the day the buildings come down.

“It will be really hard for me. I’ve spent 40 years of my life here,” he said. “Change can be good but it’s always difficult and bittersweet.”

Did he take any mementos from the vacant buildings? A few items were salvaged, Brown said. An old saloon-style bathroom door, an antique wooden vice and the trap door he jumped through to the basement were dear to his heart.

The fourth-generation family member said he’s grateful for the memories: For a great childhood, smells of cedar and learning to sail in an X boat. He met his wife Angie when she applied for a job at The Loft, the retail store next door that was Iver and Paula Johnson’s home for 60-some years. They’ve been married 23 years and have two children, Ryan, 19, and Tanner, 13.

“Building sailboats was the best possible job, hands down,” Brown said. “We traveled all over the country racing and promoting our boats. We could go anywhere and if we wore a Johnson Boat Works T-shirt, without fail, someone would know us.”