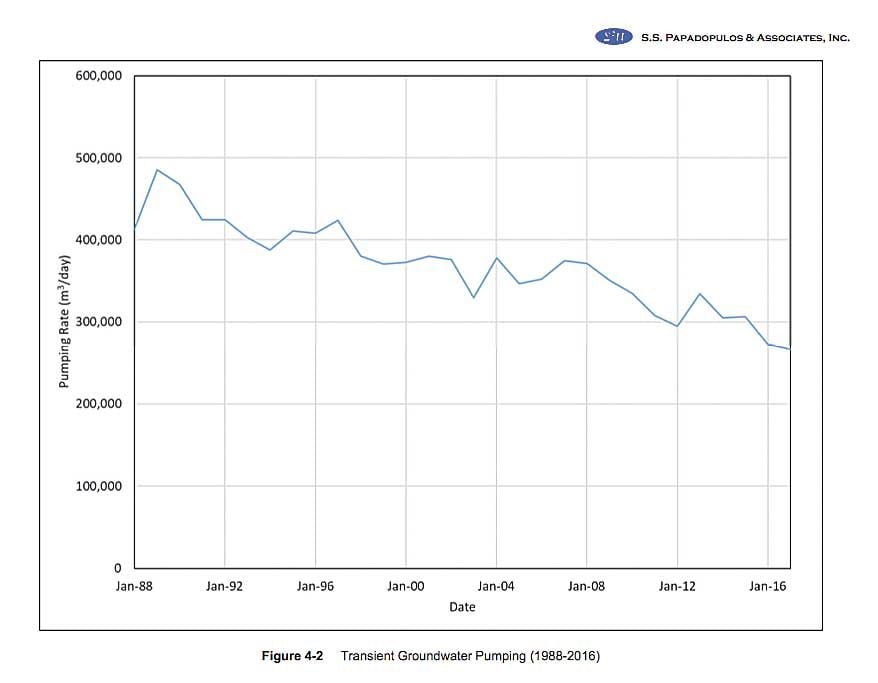 Transient groundwater pumping shows a downward trend in the management area from 1988 to 2016. 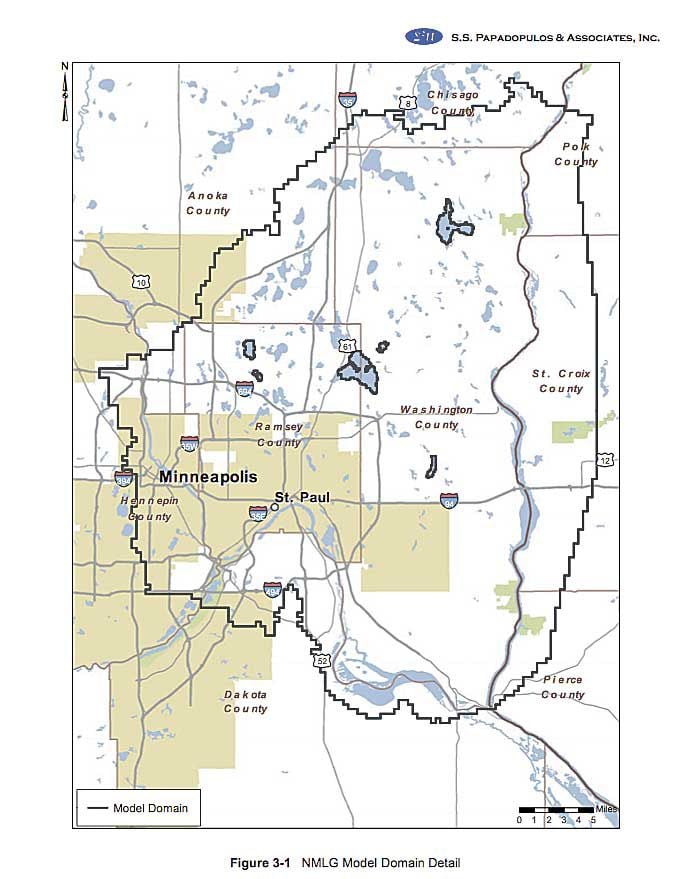 The new water model covered all of Ramsey and Washington counties. 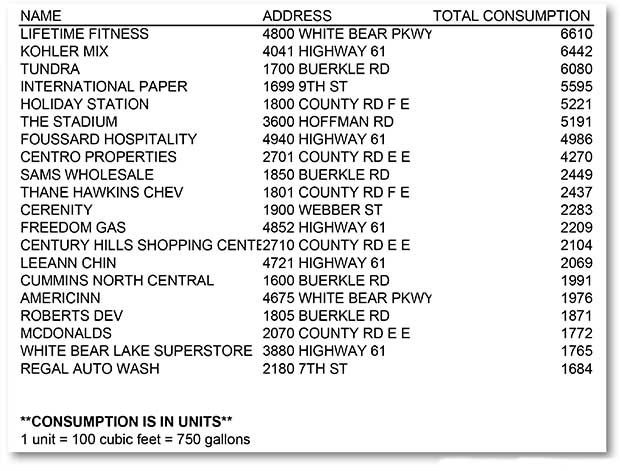 The city of White Bear Lake keeps a list of top water users served by its municipal wells. The top 21 users are listed.

Transient groundwater pumping shows a downward trend in the management area from 1988 to 2016.

The new water model covered all of Ramsey and Washington counties.

The city of White Bear Lake keeps a list of top water users served by its municipal wells. The top 21 users are listed.

MAPLEWOOD — The Department of Natural Resources (DNR) has a new tool in its toolbox to manage groundwater.

At a meeting with stakeholders earlier this month, the agency unveiled a water modeling tool that will help it better understand how pumping affects aquifers and lake levels within the North and East Metro Groundwater Management Area (GWMA), which includes White Bear Lake.

The “transient model” was developed by a Maryland-based firm with expertise in groundwater modeling, S.S. Papadopulos and Associates Inc.

A Nov. 3 GWMA report from the DNR indicated the new model builds off efforts of the Metropolitan Council and U.S. Geological Survey (USGS) over the last few years to predict how changes in rainfall or pumping will affect the area long term.

DNR Section Manager Jason Moeckel said the firm used the USGS steady-state model to build the transient model, which he says provides a more precise analytical tool to manage groundwater use in the north and east metro.

Officially referred to as the “Transient Northeast Metro Lakes Groundwater-flow” model, it simulates groundwater and surface water conditions throughout the area under varying conditions, including rainfall, evaporation and groundwater pumping. The model can simulate actual historical conditions or project potential future conditions.

The historical model, for example, can be used to simulate groundwater and lake levels in the past that might have resulted if pumping, rainfall or evaporation had been different.

Papadopulos hydrogeologist Matthew Tonkin was an expert witness for the DNR during the lake level trial last March in district court. He testified that climate fluctuation is the dominant factor in both reduction in lake levels and subsequent increases in recent years. He also told the court steady-state modeling used by USGS would overpredict the effects of pumping.

The DNR indicated in its overview report that the new model will help determine what effects “no pumping” or “reduced pumping” would have on lake levels. It can evaluate changes in water supply, changes in rainfall, effect of augmentation or any combinations thereof.

“We will be able to quantify the individual and cumulative effect that pumping wells have on lake levels,” Moeckel noted. “Some permits have a larger effect on lake level than others. The model helps illustrate that we don't want to treat all permit holders the same way to be cost-effective in managing water. It's not one size fits all, which goes back to a main issue of the judge's order.”

The DNR spokesperson said combining model results with information about the ecological and recreational impacts of changes in lake levels will allow the DNR, for the first time, to determine “with reasonable certainty” whether changes to established groundwater appropriations are warranted.

The tool will help the agency work more effectively with local communities, businesses and residents to make carefully targeted, well-informed modifications to water use, if needed, to ensure groundwater sustainability, Moeckel maintained.

So far, DNR test results with the new model have revealed a number of important things about groundwater pumping and lake levels in White Bear Lake:

• Pumping from some wells has a larger effect than pumping from others.

• The three main factors in well effects are distance from the lake, pumping volume and which aquifers are pumped.

• All of the wells that have the greatest effect on White Bear Lake were installed in the 1960s to mid-1980s, before the effects of pumping were well understood or subject to current statutory provisions.

• Overall water use in the area has been trending lower for the past decade or so, and recent water use from the wells with the greatest effect is similar to volumes used in the 1970s.

• The aggregate effect of all permitted pumping within about 5 miles of White Bear Lake can be around a half foot in some years.

• During extended periods of lower-than-normal precipitation and when the lake is below its outlet, (e.g. 2003 to 2013), the model indicates that all permitted pumping within 5 miles of the lake can have a cumulative effect, over many years, of as much as 4 to 5 feet of lake level.

• The effects of pumping on White Bear Lake are more pronounced during years of lower net precipitation and when the lake is below its outlet.

• There are impacts to recreation during low water levels, but the DNR has not found any evidence of ecological harm on White Bear Lake due to low water levels, nor is there evidence that current groundwater use is creating an unsustainable drawdown on aquifer levels.

The advisory team attending the Nov. 3 meeting at the Maplewood Community Center were told that next steps by the DNR include working with communities to make “science-based plans to ensure a sustainable water future.”

Groundwater resources in the area may become oversubscribed, stated the DNR report. The new model will be an important tool in these efforts.

“We will use it to evaluate options and inform appropriate courses of action,” Moeckel said. “For the first time, we will be able to predict with reasonable certainty the effect of any groundwater appropriation changes to lake levels and the underlying aquifers. This knowledge is essential as we work collaboratively to ensure communities have sufficient water to meet their needs while also protecting our surface and groundwater resources.”